Jan. 10, 1962, marked one of the most challenging days in the history of the St. Louis Fire Department 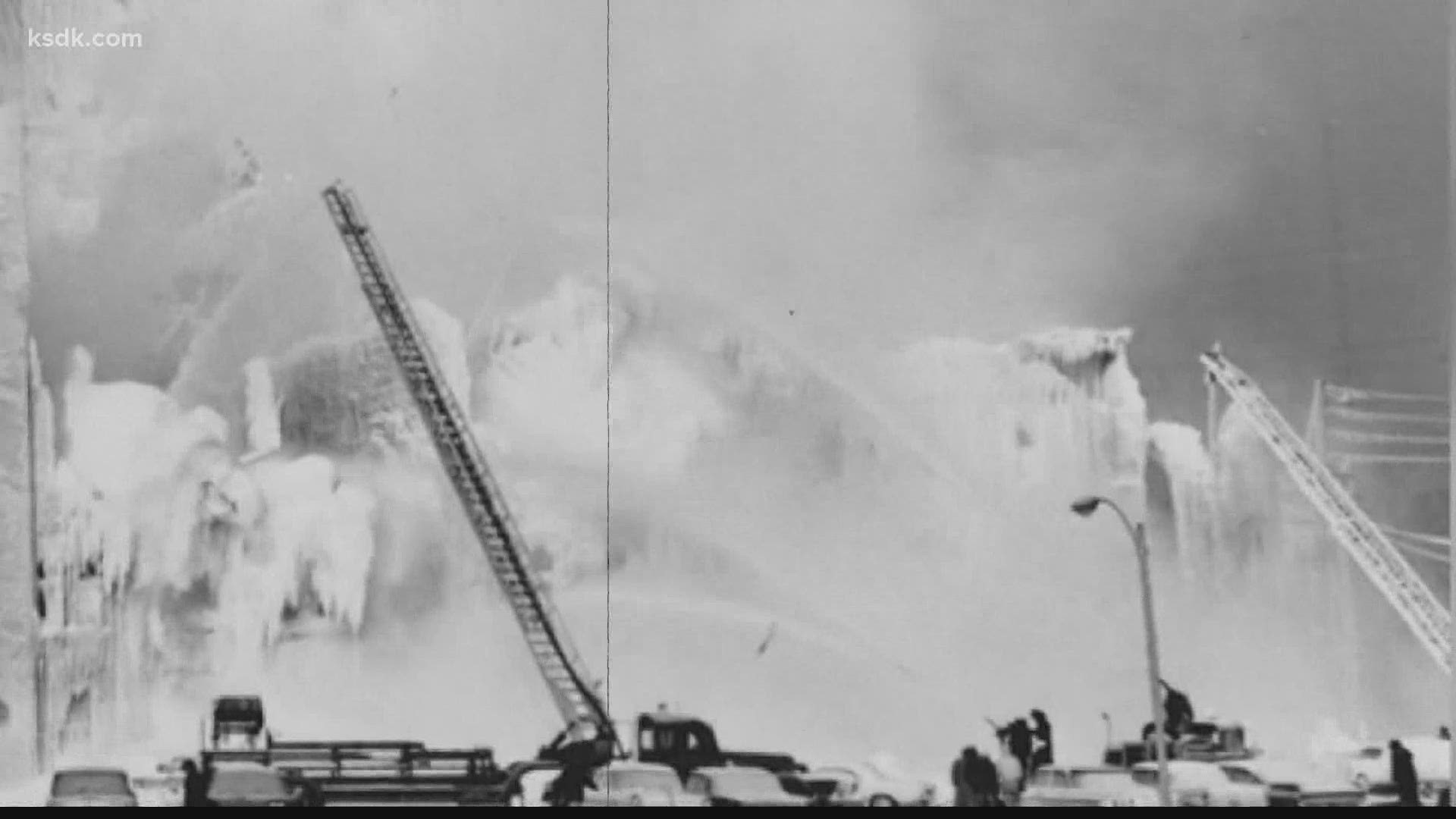 ST. LOUIS — Fifty-nine years ago this week marked one of the most challenging days in the history of the St. Louis Fire Department.

Grain dust caused an explosion that set the Ralston-Purina plant on the edge of downtown St. Louis on fire.

The water being poured on the fire eventually left equipment, roads, buildings, even firefighters encased in ice.

Long was a captain at the time. We interviewed him for another version of this story back in 2014.

"You took a breath, your nostrils closed on you,” recalled Long. “You were gasping for breath all the time. It was a long two days, very long two days."

And a deadly few days.

The 12-story tall grain elevator was destroyed in the explosion and fire.

And as we all know, the plant that went by the nickname Checkerboard Square," would be rebuilt.