Spooky Spots: The haunted history behind the Lemp Mansion in St. Louis 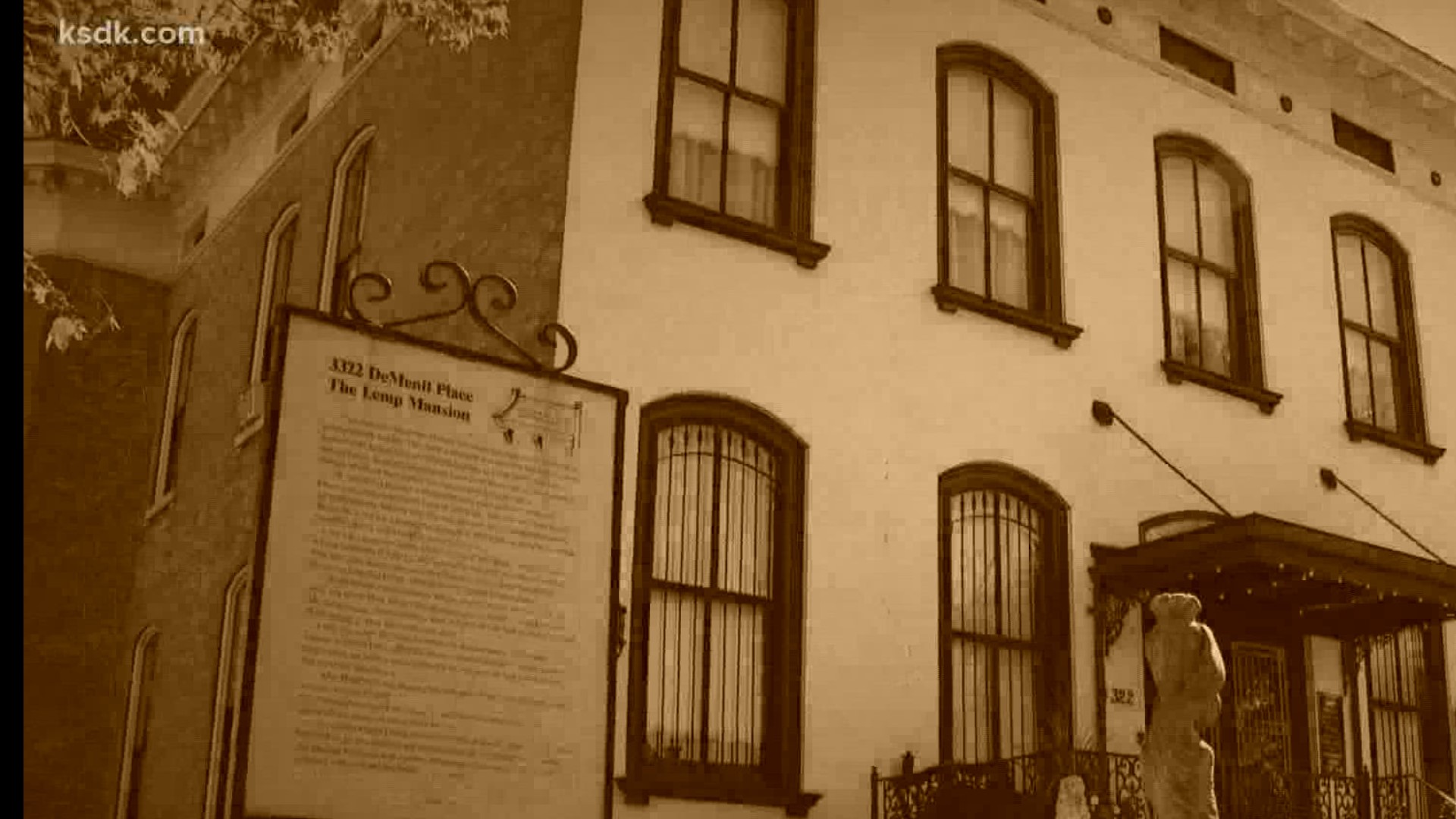 ST. LOUIS — 5 On Your Side is checking out some of the spookiest spots in the St. Louis area.

We've been sending our Sydney Stallworth to some of the most haunted places around town. This week, we’re looking inside the Lemp Mansion, one of the most famously feared places in St. Louis.

We met with Betsy Burnett-Belanger, the official Paranormal Investigator and Historian for the Lemp Mansion. She told our reporter the mansion’s reputation shifted from famous to infamous over time.

“It’s because of the hauntings and the suicides.” Burnett-Belanger said.

“The Lemp family was the premiere family in the St. Louis area, starting in the 1830s actually. There was a gentleman by the name of Adam Lemp, who came from Germany and started the whole thing. He has a grocery business and eventually went into a brewery that he called the Western Brewing Company… and the Western Brewing Company was located where Gateway Arch is,” she told 5 On Your Side.

The mansion was the family’s home and the brewing company headquarters.

“They were one of the top 20 brewing companies in the world. Top 10 in the country,” Burnett-Belanger said.

Then tragedy struck, and the haunted legend began.

“Out of that core family…there were four suicides and three of them happened here in the Lemp Mansion,” she said.

Two of the suicides happened 18 years apart in the same room that served as an office space for the brewery. William J. Lemp Sr. and William J. Lemp Junior, a father and son who both ran the company, shot themselves in the room.

Time passed and the mansion became a boarding house in the 1940s.

“I’ve heard stories from some of the boarders about it being haunted,” Burnett-Belanger said.

Burnett-Belanger said her research supports these claims. She said the sudden and tragic nature of the deaths in the house have caused the Lemp family spirits to become earth-bound and linked to the house.

But, they’re not alone.

“We do get spirits that have crossed over and cross back and visit us and they’re around us here in this house,” she said. “According to me, there are nine spirits in this house.”

But the most shocking moments with spirits in the mansion have come when least expected.

“I’d feel something and turn around and there was nothing there,” she said.

She also talked about another supernatural experience she had while she was sleeping in the mansion.

These moments don’t deter people from making their way to Lemp Mansion, the strange happenings draw them in.

“All over the world people still come here to partake in the paranormal aspects of this wonderful little old house,” Burnett-Belanger said.

There are five rooms for rent here in the Lemp Mansion. But, be warned, guests have had some experiences here they just can’t explain.

To get in contact with Burnett-Belanger for one of her ghost tours or to get more information on the Lemp Mansion, reach out to her at (314) 644-1814. You can also connect with St. Louis Spirit Search on Facebook.