Show-Me Success: Meet the man who made Pappy's a smoking success

Food Network calls his ribs the best in the country, and more than 3 million people have come through Pappy's doors and left in a finger-lickin' barbecue coma. 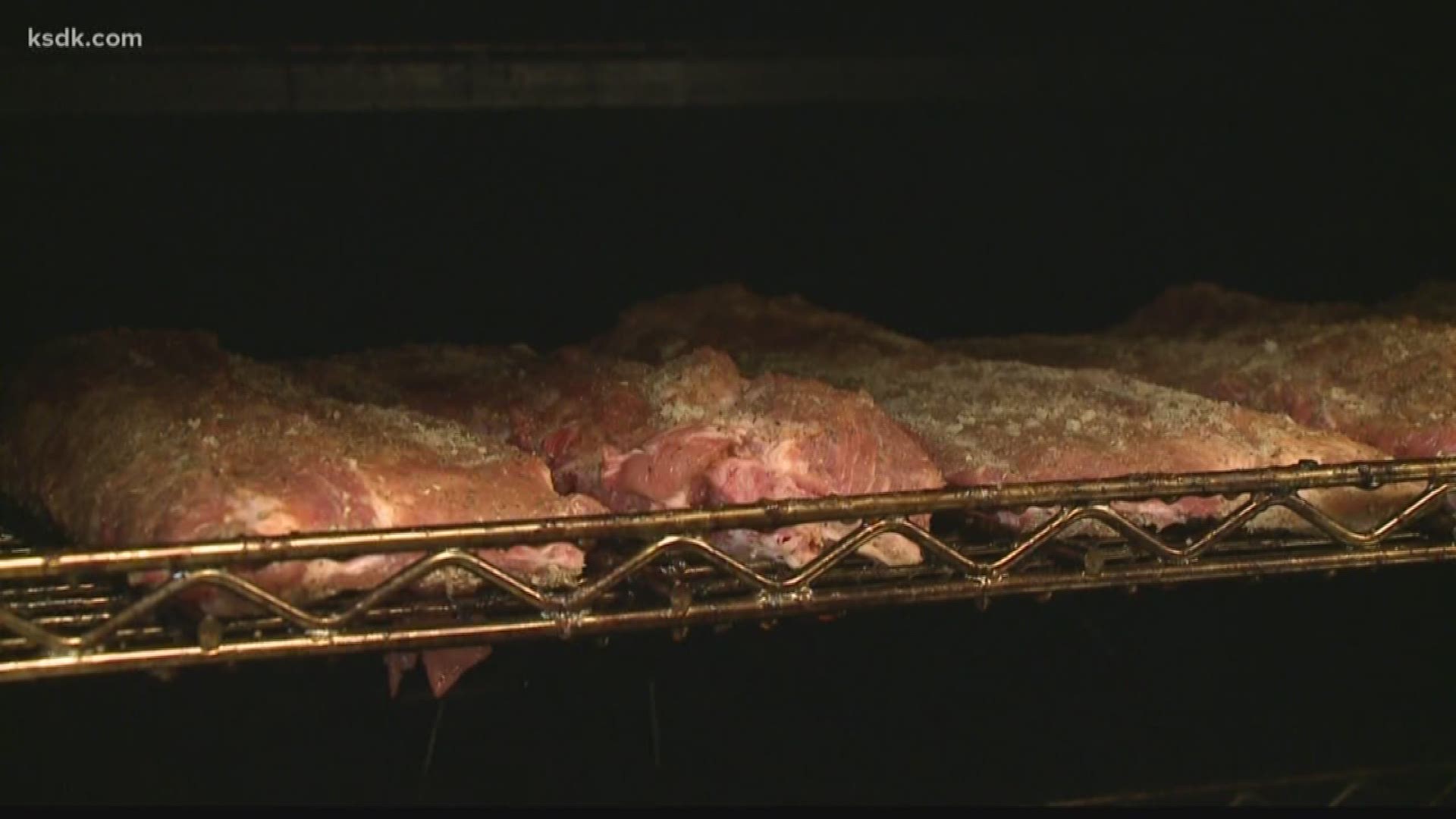 ST. LOUIS — With the Fourth of July right around the corner, barbecue is the go-to meal.

And there might not be anyone who knows barbecue better than Pitmaster Mike Emerson, the co-founder of Pappy's Smokehouse.

Food Network calls his ribs the best in the country, and more than 3 million people have come through Pappy's doors and left in a finger-lickin' barbecue coma.

It all starts with putting a pig in the smoker for a full 24 hours. And there are six more smokers churning low and slow at the midtown smokehouse, each one with its own special name.

“And this guy here, I think everybody might know this guy,” Emerson said while standing next to a smoker with Cardinals No. 50 emblazoned on the side.

Out of this fleet of smokers comes 4,000 pounds of mouth-watering meats. That’s eight times more product than they were producing when the business started in 2008.

Back in 2008, all of that was coming out of one smoker, which was one of the first pitfalls for the business.

“In the middle of the night, it had gone out, so I took about 500 pounds of meat which was the payroll for the next week and had to throw it in the trash can,” he said.

READ MORE: St. Louis-style BBQ: Why we're as good as we think we are

As a new business owner, Emerson was determined to make sure it didn’t happen again.

“I couldn't sleep and I would sleep on those picnic tables at night, because there was no way I could afford to have that happen again,” he said.

He started barbecuing around the age of 10, learning from everyone and anyone.

“Unless you invented fire you, didn't invent barbeque,” Emerson said. “Someone taught you how to do it “

The south city boy, who grew up with former St. Louis Mayor Francis Slay, worked in restaurants after high school, including the Slay's family restaurant on south Hampton. Mike dabbled in the printing business, and even tried his hand at flipping houses. But when that housing market fizzled, the idea for Pappy's was born.

Mike named it Pappy’s after the oldest of his seven brothers who died of cancer.

“The real Pappy is just watching over us, ya know?” Emerson said.

It’s a heavy helping of success achieved with two ingredients.

“You work hard and you get lucky because there’s a lot of people that have worked as hard as we have but we've caught some tremendous breaks along the way,” he said.

All this success is proof that this pitmaster's best one-liner rings true.

"The smell of smoke really does bring people together."

Last year Mike retired. He said he found a lump which turned out to be benign, but it made him decide to step back.

He is investing in and consulting for other restaurants and still works closely with Pappy's. But mostly he's hanging on the beaches of Maui.

If you know someone who would make a great Show-Me Success story, send an email to aallred@ksdk.com.