‘Take care of her until she passes on’ | Dog has spent 11 years in a St. Louis area shelter 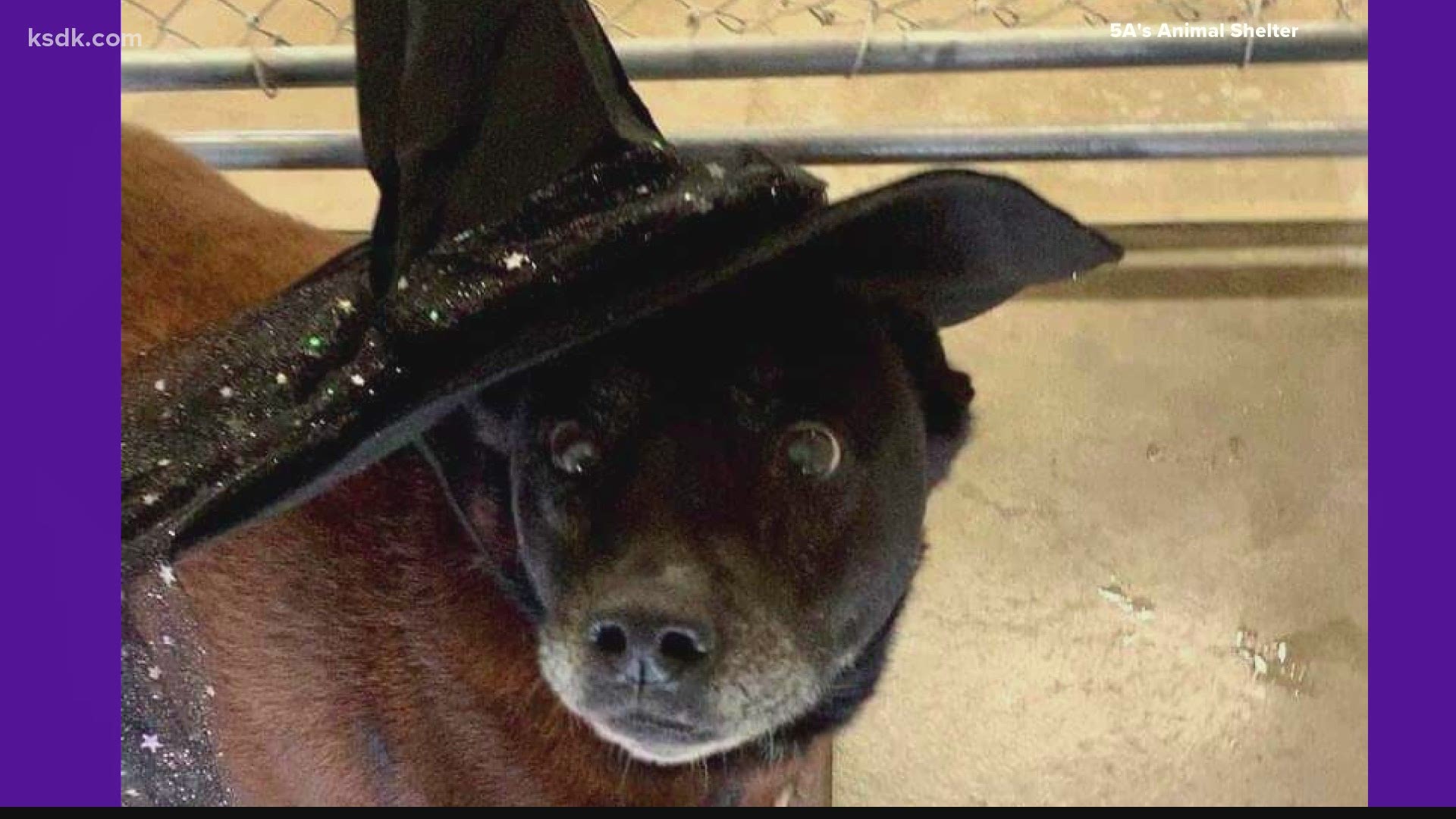 Editor’s note: After 5 On Your Side reported Wiggles' story, she was adopted. Click here to read more about her adoption.

GODFREY, Ill. – A 14-year-old dog named Wiggles, who has been at a local animal shelter for 11 years, is in need of a forever home.

Wiggles first came to 5A's Animal Shelter in May 2010 when she was just 3 years old. Her former owners brought her there because she had allergies and they couldn’t take care of her anymore.

“She was sweet, and they hated to do that, but they just couldn’t afford to give her medicine and take care of her,” said Carla, who works in the kennel at 5A’s.

Then in 2016, Wiggles developed a tumor.

A veterinarian told the shelter it was benign and said they just needed to keep an eye on it. The tumor has grown over the years but doesn't seem to bother her and hasn’t affected her ability to run or play.

The shelter believes she keeps getting overlooked because of the tumor and her allergy problems. It recently posted about Wiggles on its Facebook page, which sparked some interest, at first.

“We’ve had several calls but the minute I tell him that tumor is the size of a cantaloupe they’re like, ‘Oh my,’” Carla said.

Carla said there was an effort to raise money for Wiggles to have the tumor removed last year, but the vet wouldn't do the surgery due to Wiggles' age.

"They were afraid she was just too old to have that type of surgery," she said.

But despite having those issues, the shelter said Wiggles is a sweet girl and loves everyone.

“She’s one of our specials, the older dogs, we spend a little more time with them," Carla said. "She's a sweetheart and she's a happy girl."

Wiggles doesn’t care for other animals, which is another reason the shelter believes she keeps getting looked over. But when it comes to people, she’s great.

“She’s great, she is wonderful,” Carla said. “She loves all of us here. She’ll get in our lap; we’ll go sit in her pen and she’ll come up to us and lay in our lap.”

The shelter said the best home for Wiggles would be a couple with no small children and no other animals. Carla said she just needs someone who will spend time with her.

“Somebody that is willing to take care of her until she passes on, to just be there for her and let her have the rest of her life out of the shelter, in a loving home,” Carla said.

Carla said Wiggles will sometimes get sores on her body, which they believe is part of her allergy issues, and she tends to chew on them until they get infected.

But she said if she was in a home with someone who could watch her and take her for walks, she probably wouldn't get them anymore.