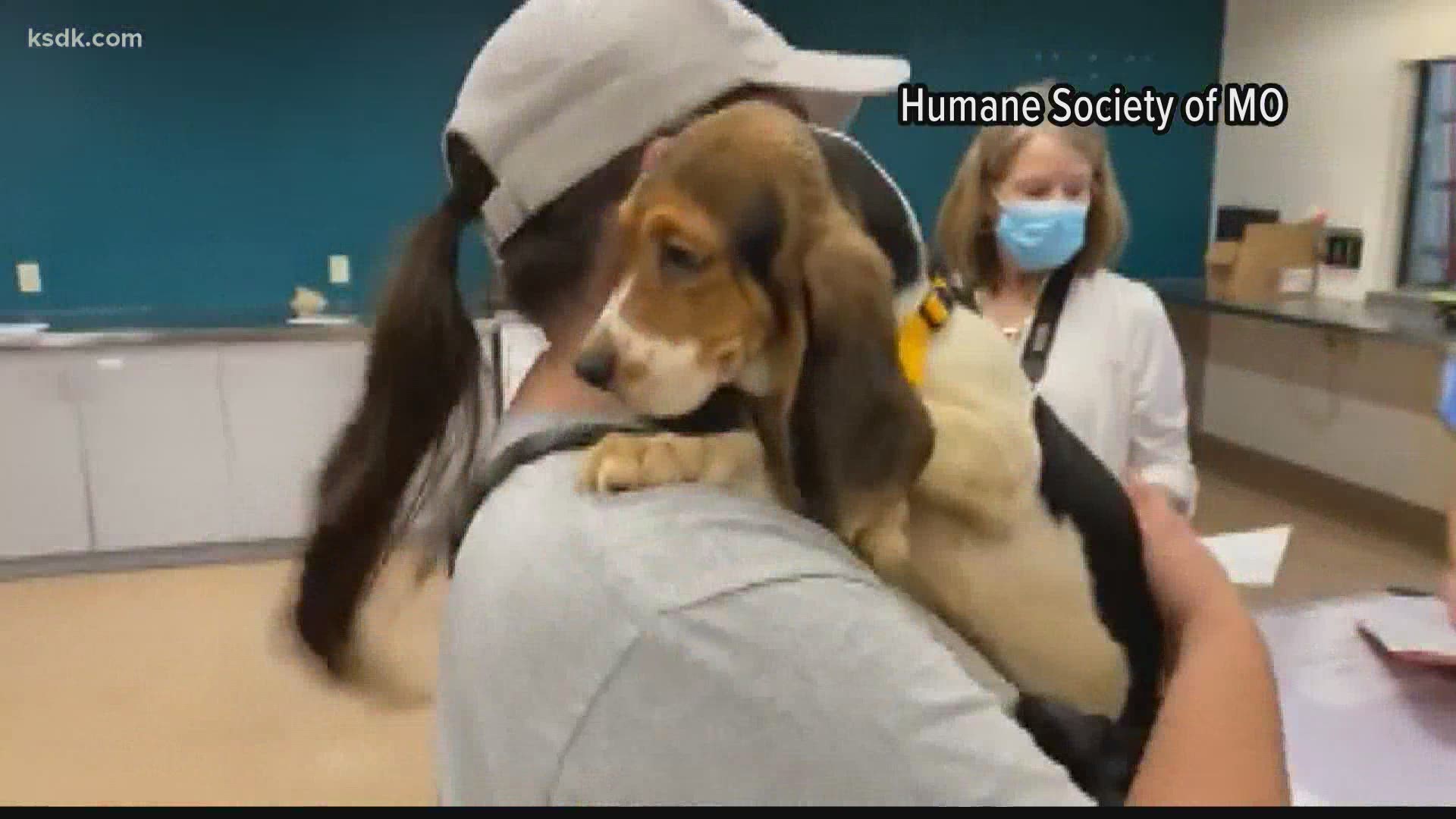 ST. LOUIS — Dozens of dogs were rescued from a Franklin County house on Tuesday.

The Humane Society of Missouri’s Animal Cruelty Task Force said it removed 55 dogs from a residence at the request of the Franklin County Sheriff’s Office. The dogs, mostly Bassett Hounds, were in varying stages of nutrition and filth.

According to a release from the Humane Society of Missouri, the dogs had been left alone without care since at least Sunday.

Rescuers went inside the owner's two-story house Tuesday and said they discovered the dogs in several rooms, sitting in their feces and urine in multiple crates. Some were thin.

"We have feces matted in fur. We have some ear ailments. Bad teeth ailments, " said Debbie Hill, Vice-President of Operations for the Humane Society of Missouri.

The owner of the residence, who appeared to be breeding the dogs, was arrested last week on a warrant out of Iowa involving fraudulent practices, according to the sheriff’s office.

"This gentleman was arrested last week on charges stemming out of Iowa having to do with some sort of fraudulent operations and the immediate effect on the dogs was left without basic care," Hill explained.

Hill said her team first became aware of the dogs last month after receiving a call of concern.

The Humane Society of Missouri said last week the Missouri Department of Agriculture tried to contact the owner and view the dogs but the owner was being arrested at the time and didn’t provide consent for officials to inspect the dogs. The dogs will be held at the Humane Society of Missouri pending further court action. They also said since it is an ongoing investigation involving several jurisdictions, it is not known at this time if or when any of the rescued dogs will be available for adoption.

“We’re extremely grateful to the Franklin County Sheriff’s Office for contacting us and for their efforts to rescue these animals,” said Hill. “We are happy to know that these animals will not have to suffer another minute in worsening conditions.” 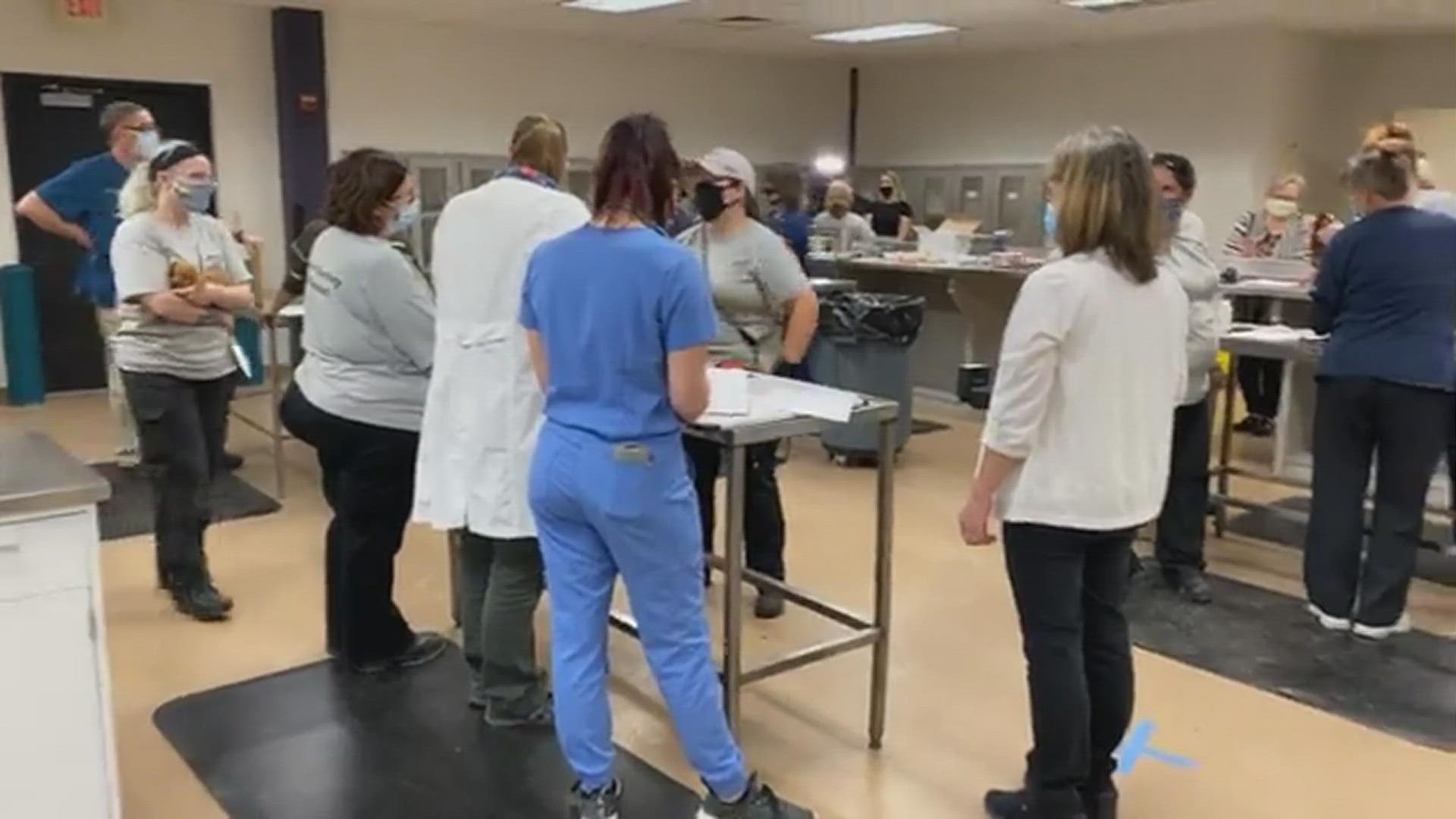 Hill said as of Tuesday afternoon, the owner was still sitting in the Franklin County jail. He's scheduled to go to court on Oct. 23 for a disposition hearing.

Investigators are also looking for a second man, who they believe left the state. They suspect he co-owns the dogs.

To report an animal who may be in danger or is suffering from neglect or abuse, call your local law enforcement agency and the Humane Society of Missouri Animal Cruelty Hotline at 314-647-4400.