Byers' Beat: A powerful interview with a police widow 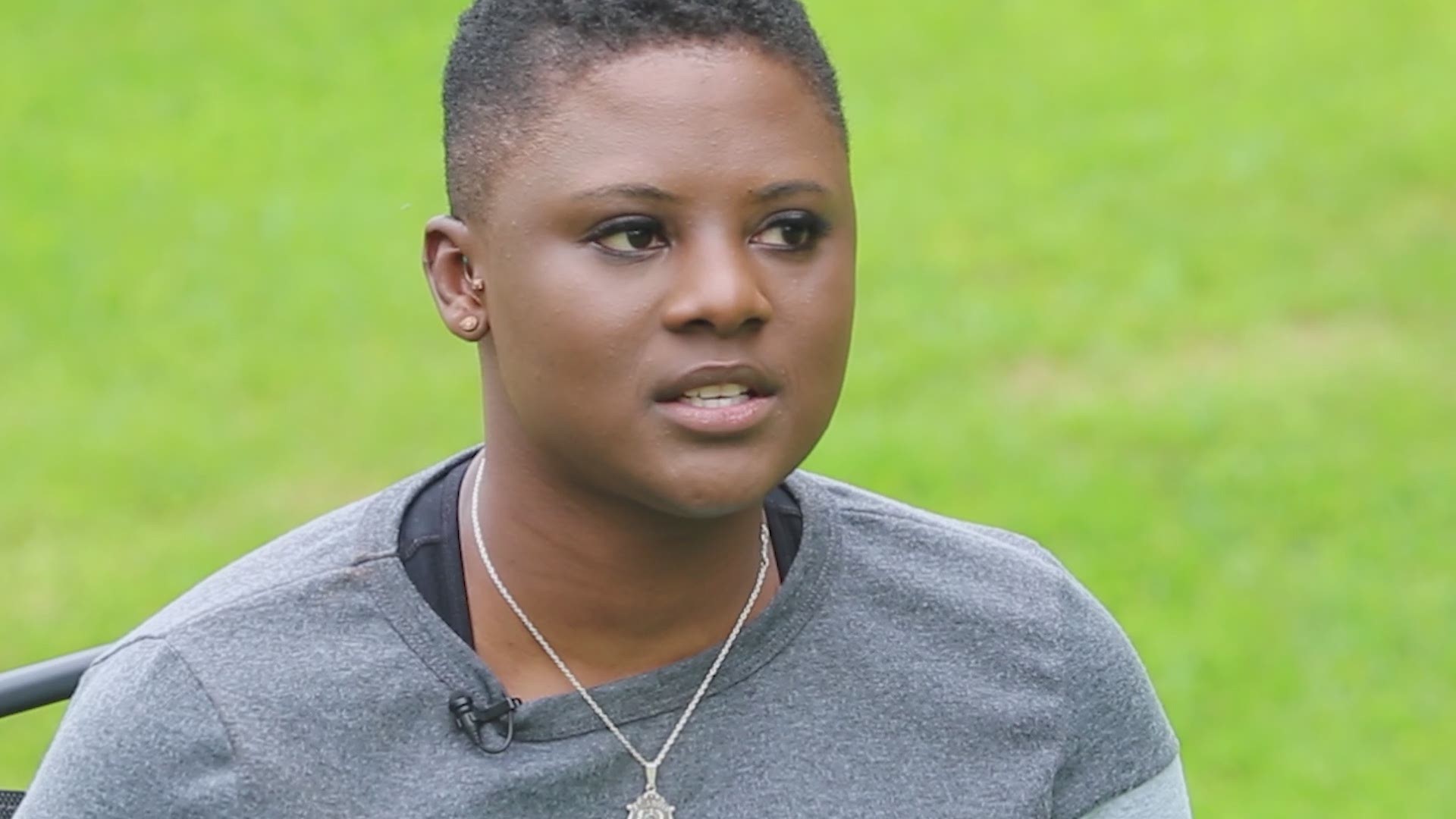 And I know I shouldn’t be.

I’m a reporter. I strive to be objective. My job is to simply tell a person’s story or journal what I see happening in front of me.

But I don’t know how one can interview a person like Alexis Bohannon and not walk away feeling utterly inspired.

Her husband, Officer Tamarris Bohannon, 29, was shot in the head while responding to a call about an armed man who had just forced complete strangers out of their Tower Grove South home in August 2020.

The couple had been together since high school. They had three children, two boys, ages 6 and 7, and a daughter, 10.

And the unimaginable decision to keep him alive on machines or let him go fell on Alexis Bohannon’s shoulders.

Incredibly, they had prepared for a moment like this.

Alexis Bohannon told him she would take care of him, joking she would wipe his butt for the rest of his life if she needed to.

But her husband told her if he were ever in a vegetative state, she needed to just let him go.

She relied on his words to guide her decision.

So she honored his wishes – putting her own selfish desires to keep her husband alive regardless of his condition aside.

Now, less than a year later, she is taking on a new mission.

Founding an organization to pay for counseling for children of fallen first responders.

And, in case you forgot, she’s a single mother of three.

I’ve spoken to many people throughout my career who have survived incredible hardships and tragedies in their lives.

Covering the story of human resiliency is never-ending.

And I’m incredibly honored every time someone picks me to tell theirs.

READ MORE: 'He made his mark in this world': St. Louis police widow starts counseling foundation for kids in husband's honor

The first week of a retrial for two of the five St. Louis officers who were federally indicted for assaulting a colleague working undercover as a protester is almost in the books.

A jury hung on whether Myers broke Det. Luther Hall’s cellphone during the arrest to conceal evidence and hinder an investigation, but acquitted him of the most serious charge of depriving Hall of his civil rights.

The jury also hung on whether Boone deprived Hall of his civil rights – which carries a sentence of 10 years in prison.

The jury acquitted a third officer during that trial.

So, federal prosecutors are trying Boone and Myers again.

This time around, the feel of the courtroom is much different.

For one, reporters are allowed to be inside the actual courtroom and use our laptops and cellphones only for silent texting/typing.

Also this time, we are hearing much more of the racist and vulgar text messages Boone sent to friends, family and coworkers. His attorney, Patrick Kilgore fought hard to keep those out of the first trial, but this time around, Judge E. Richard Webber allowed them to be admitted.

That’s another change – the judge.

Last time, Senior District Judge Catherine Perry presided. She had a personal conflict, so Webber took the trial this time.

That was a good thing for defense attorneys.

Perry granted almost every one of the prosecution’s objections last time and overruled the defense’s objections and was visibly and verbally disgusted over the all-white jury that got seated the first time around.

First Assistant U.S. Attorney Carrie Costantin moved to quash the jury panel, but Perry said she had no choice but to seat the jury given the race-neutral reasons attorney Scott Rosenblum used to strike the Black candidates.

This time, as was the case the first time, very few Black people were potential jurors because the federal court draws from 13 mostly rural, white counties.

Only one Black man made it through to the final panel selection, and Rosenblum struck him and a white woman because they had relatives who were incarcerated – a reason the government routinely uses to strike potential jurors from panels.

Costantin issued a Batson challenge – forcing the defense attorneys to provide their reasons for striking the juror, but did not move to quash the jury.

Webber denied her Batson challenge, as did Perry.

Something else that sets this trial apart from the last one? Webber told me he doesn't recall ever presiding over or knowing of a retrial in federal court. He was appointed by former President Bill Clinton. He said he didn't know of any retrials that had ever taken place inside the federal courthouse in St. Louis — and he was on the building committee during the 1990s.

It remains to be seen whether a different judge and different evidence will be enough for a conviction.