4 children shot within an hour on Fourth of July in St. Louis

The youngest victim was a 4-year-old boy, who was critically injured when he was struck in the head by a stray bullet

ST. LOUIS — Four children were shot within an hour on the Fourth of July in St. Louis.

The youngest victim was a 4-year-old boy, who was shot at 10:45 p.m. near the area of Pendleton Avenue and W. Page Boulevard in the Vandeventer neighborhood.

According to a preliminary investigation, he was outside when he was struck in the head by a stray bullet.

The boy was taken by private conveyance to an area hospital, where he was listed in critical, unstable condition. Police do not have information on any possible suspects.

A 7-year-old girl and two adults were shot at 11:15 p.m. on the 1100 block of E. Gano. They had been standing outside when two suspects fired shots at them from an alley.

Police responded to the scene and found the girl and a 45-year-old woman suffering from a gunshot wound. They were taken to an area hospital, and a 25-year-old man from the same incident later arrived at the hospital with gunshot wounds. Their conditions weren't given, but police said their vitals were stable.

A 14-year-old boy and a 17-year-old boy were shot at 11:20 p.m. on the 1300 block of Hogan Street. The 14-year-old told police he was standing in Murphy Park when he heard gunshots and was grazed in the back by a bullet.

The 17-year-old boy said he was driving on Hogan Street when he heard the shots and was struck in the leg. He drove himself to the hospital.

RELATED: 4-year-old boy critically injured after being shot in the head in north St. Louis 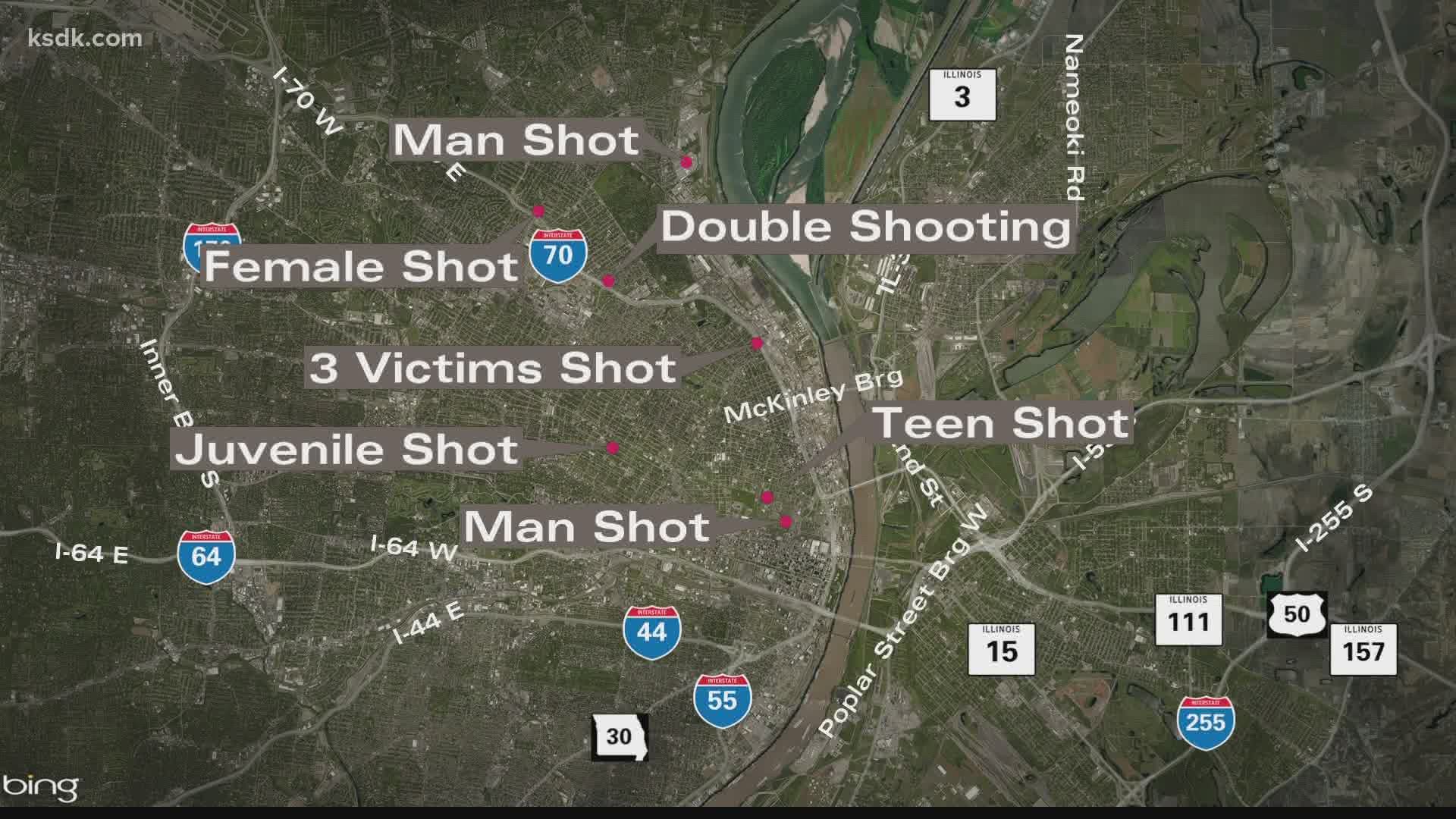