The victims were identified as 20-year-old Arie Bagsby and 21-year-old Omar Harris. Both men were from St. Louis 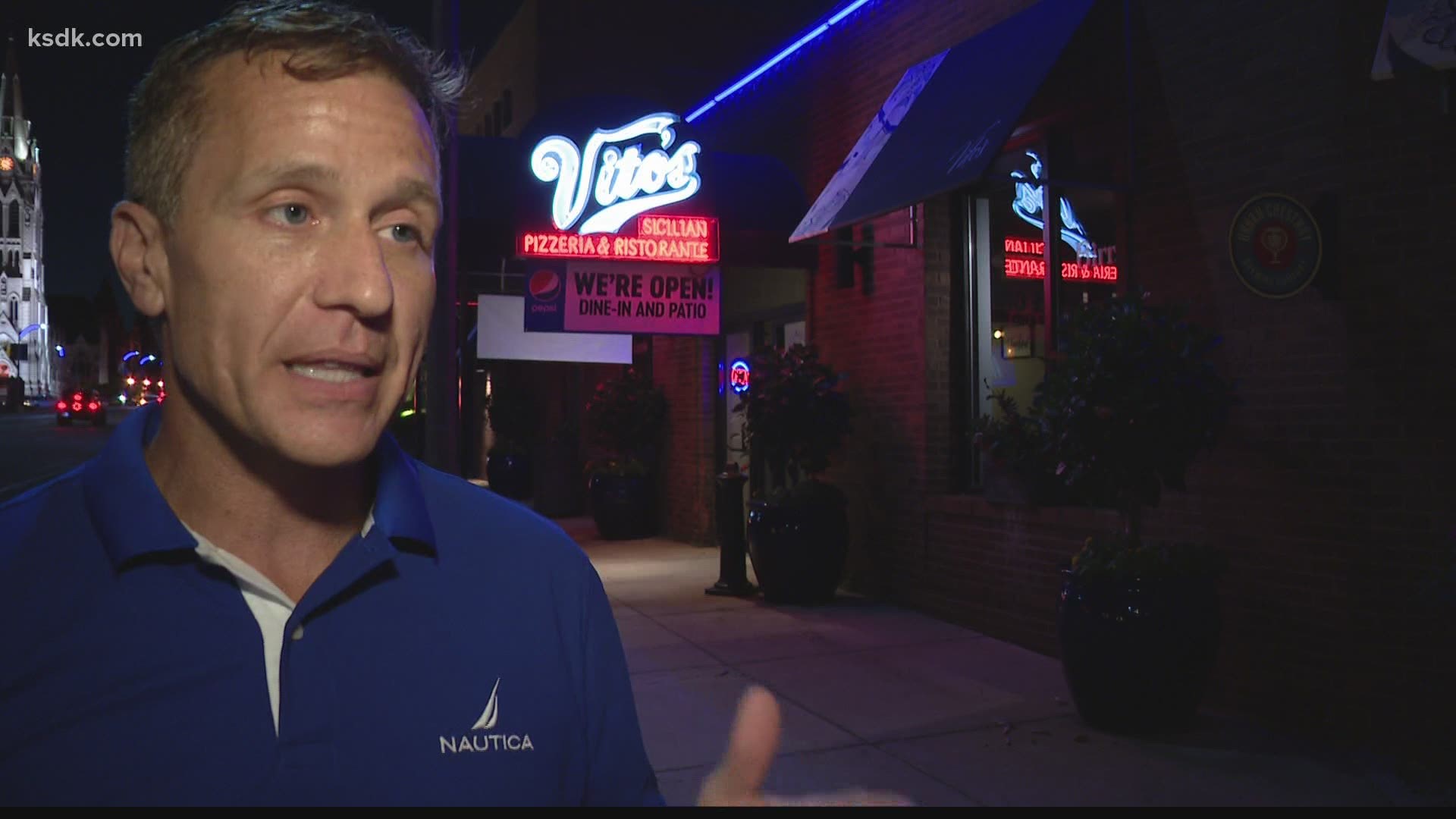 According to the police report released Tuesday, both victims were rushed to a hospital where they were both pronounced dead.

The victims were identified as 20-year-old Arie Bagsby and 21-year-old Omar Harris. Both men were from St. Louis.

Police did not have any information on possible suspects.

Greitens, who is a former Navy Seal, and former fire captain Gregg Favre were having dinner at Vito's Pizzeria in Midtown when they heard what sounded like automatic gunfire, Greitens told 5 On Your Side.

“I just came out to have a little bite of pizza with a friend and we’re sitting here and then we heard about 15 to 25 shots right here at Lindell and Grand. When we did, we grabbed our weapons and medical kits,” Greitens said in an interview with 5 On Your Side’s Jenna Barnes. 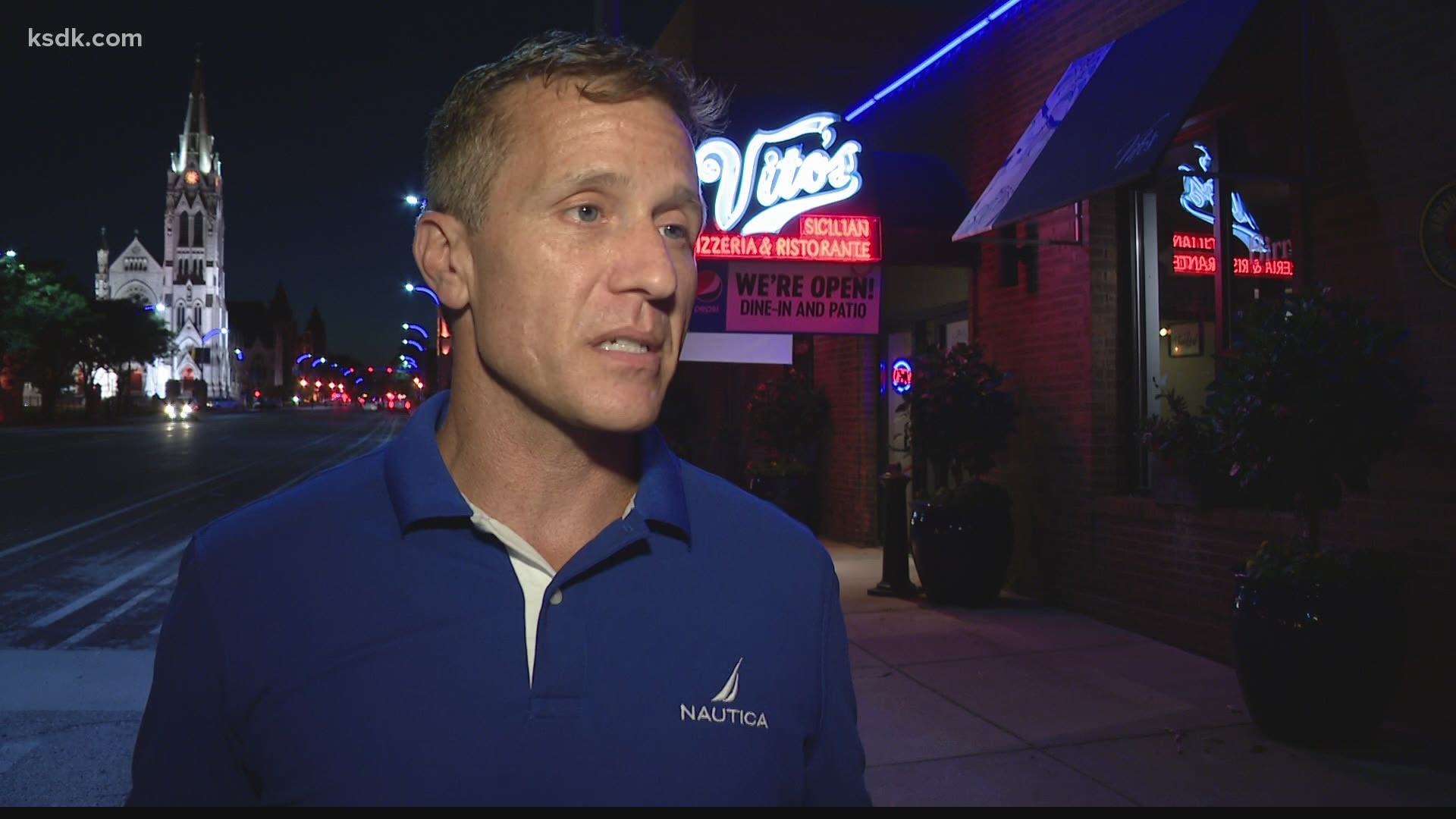 Greitens said they carry the kits, which were in their cars, as a result of their military training.

They rendered aid on the victims before paramedics arrived, a source told 5 On Your Side's Christine Byers.

Favre is the Executive Director of the St. Louis Area Regional Response. He and Greitens serve in the Navy together, he said.

Favre performed CPR on the man who later died. He told 5 On Your Side he worked on the man at the scene and in the ambulance. Greitens said he put a tourniquet on the other victim.

“All the credit needs to go to the medics who were on the scene and the St. Louis police and firefighters. I was happy to show up and lend a hand… I carry a med kit in my car and my buddy was able to help out, but all the credit goes to them,” Greitens said.

Police have not released any suspect information. A homicide investigation is underway. 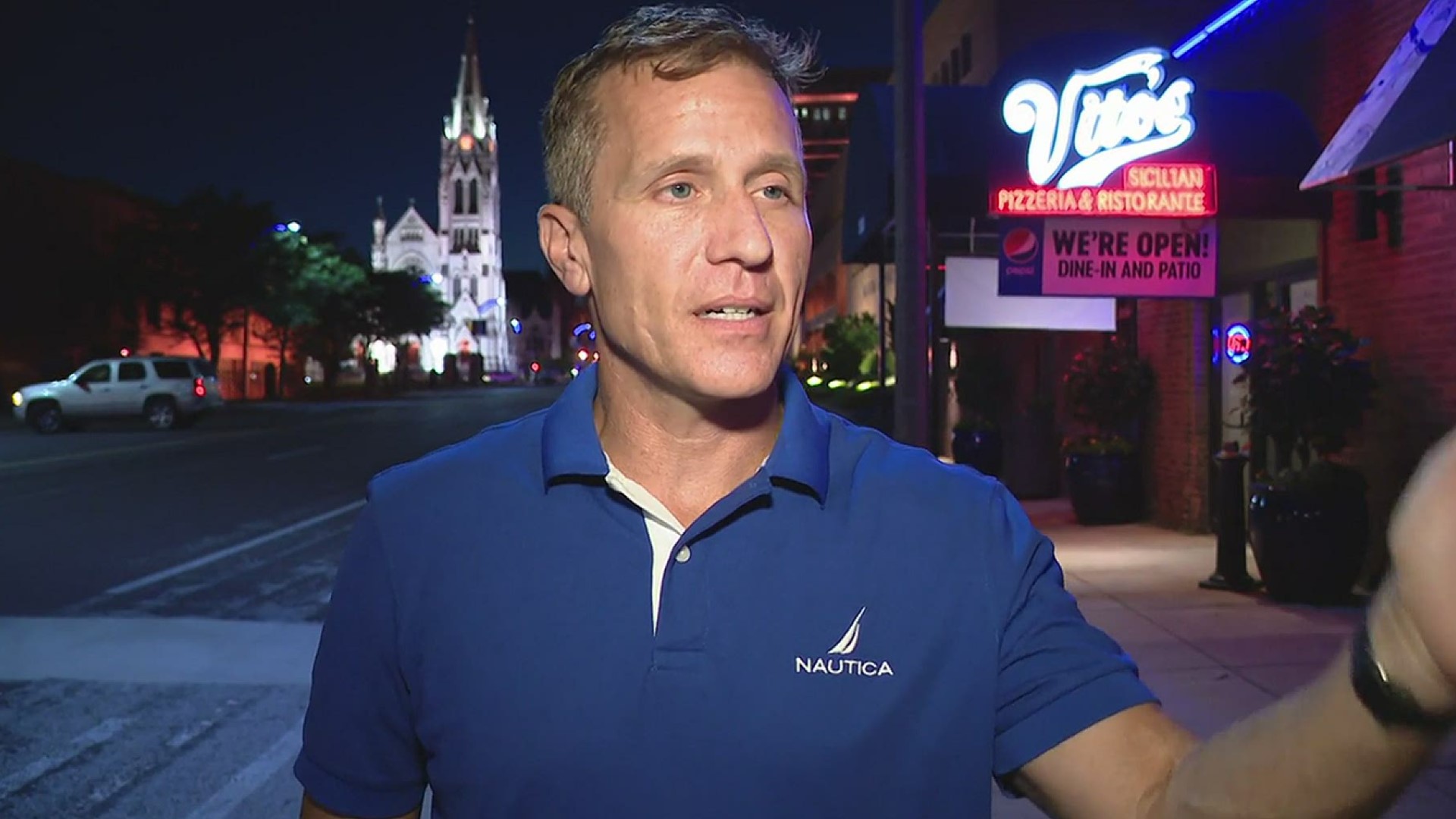 Greitens added, “I think this should bring home to people what the consequences are when you have leaders who won’t stand up to violence – this is happening again and again and again, we have a record number of murders in the city year and right now you’ve got two bodies out here at Lindell and Grand… automatic gunfire going off like a war zone.”

5 On Your Side reached out to St. Louis Mayor Lyda Krewson's office late Monday night.