Deadly shooting on I-55 in south St. Louis County started as fight between cab driver, passenger

Family members of the cab driver said the passenger lunged at him and threatened his life. During the struggle, the driver grabbed his gun and fired 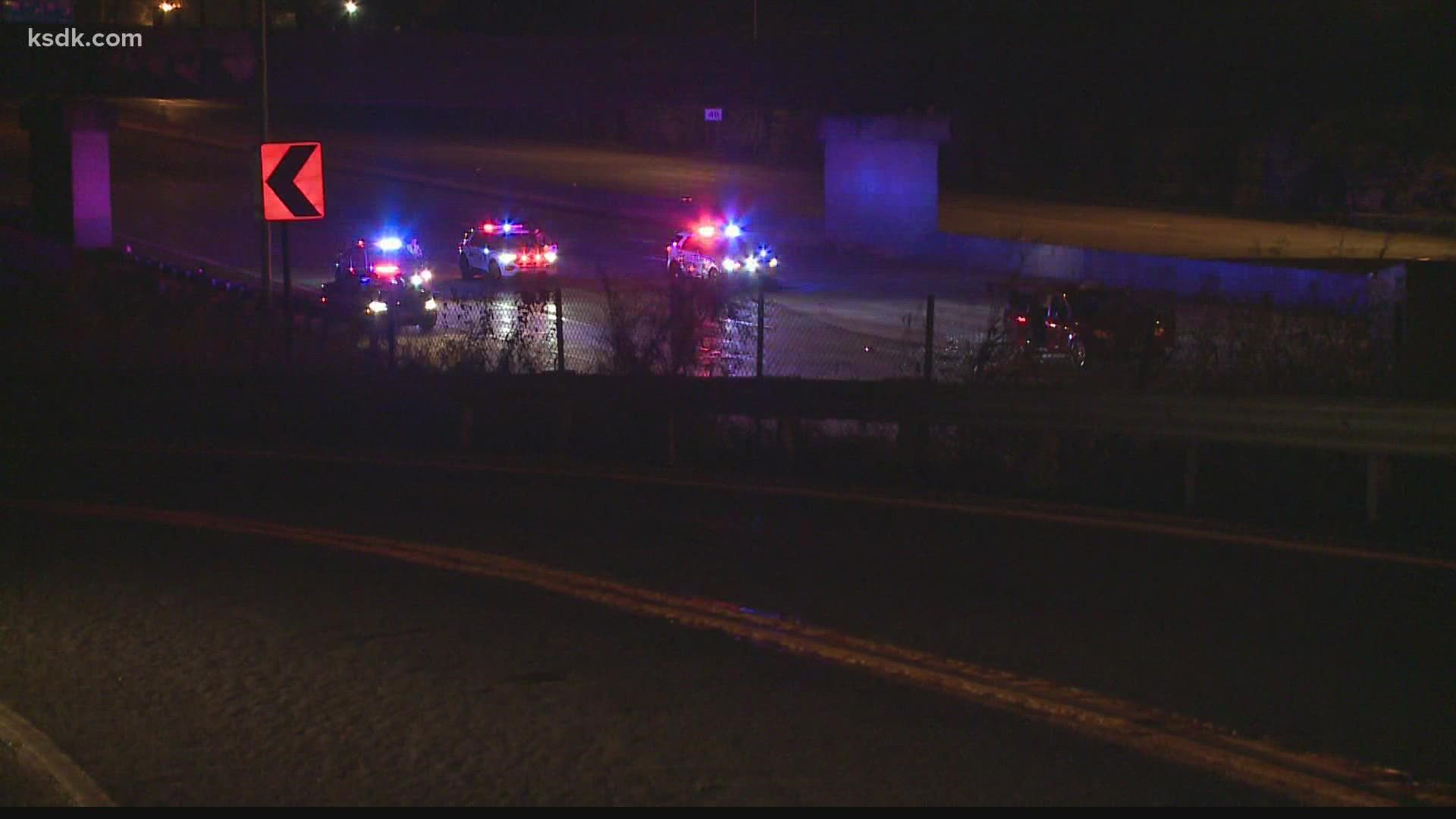 ST. LOUIS COUNTY, Mo. — An investigation is underway after a shooting and crash along Interstate 55 in south St. Louis County early Wednesday morning.

The incident happened in the southbound lanes of I-55 near Interstate 270.

According to Missouri State Highway Patrol, one person was pronounced dead at the scene. A second victim was taken to a hospital for treatment. Both victims suffered gunshot wounds.

The highway patrol spokesman said the incident started as a fight between a cab driver and a passenger. The driver stopped the car on the highway, and the fight escalated to gunfire.

The highway patrol spokesman said the cab driver is in critical condition and the passenger was the one who died.

No other information about this incident has been released by police.

A GoFundMe set up by the cab driver's family identifies him as Jason Bullock.

Family members said the passenger changed his mind at the last minute on where he wanted to be dropped off, and while on the way to the new destination lunged at Bullock and threatened his life. During the struggle, Bullock grabbed his gun and shot the passenger and accidentally shot himself, family members said, adding that the injury severed his spinal chord, leaving him unable to move.

Those interested in donating can do so on the family's GoFundMe page.