'How could you do this?' | Florissant grandpa assaulted, robbed

Surveillance video shows a man walking onto the driveway. Moments later you see the victim running for help. 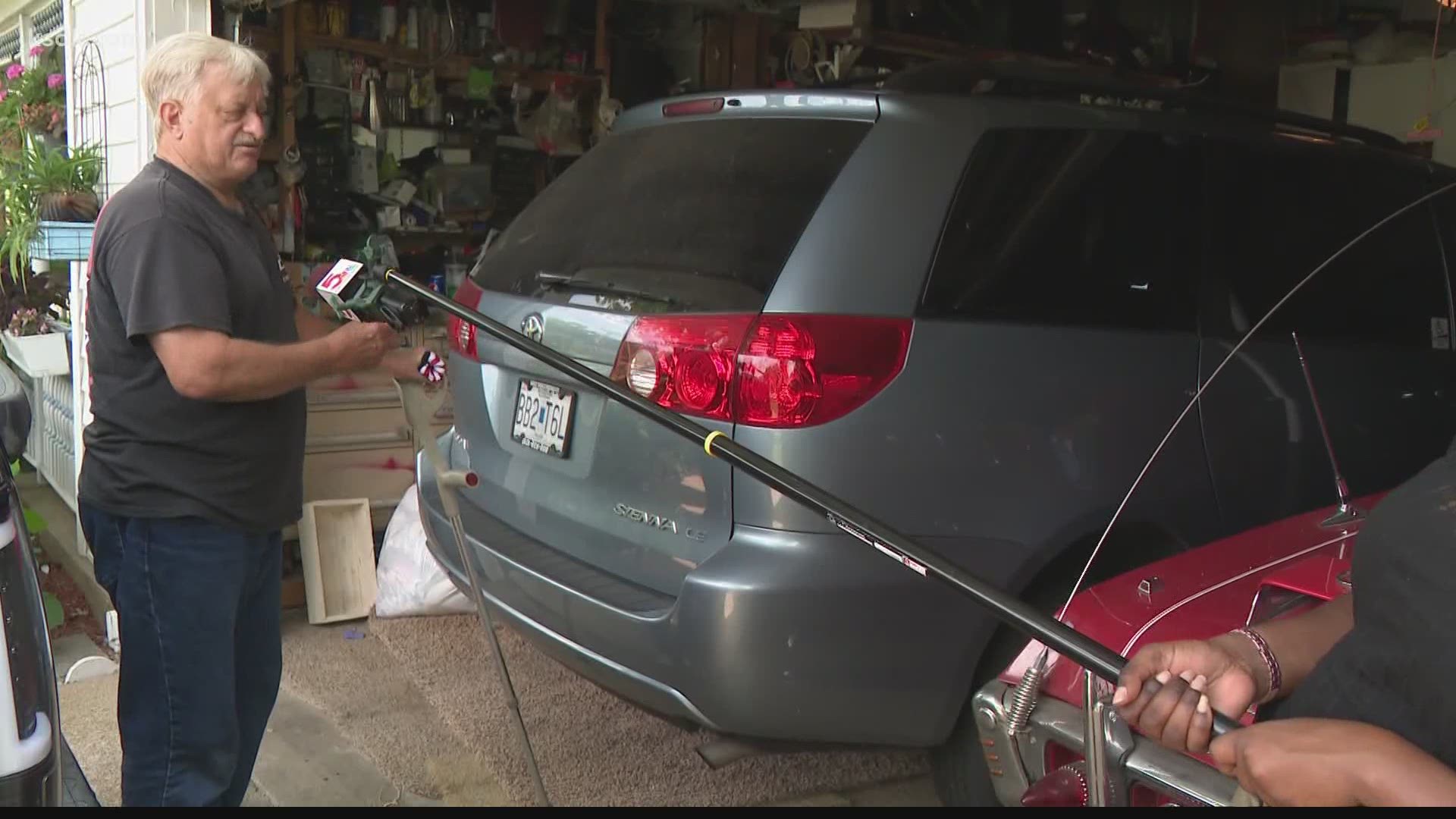 FLORISSANT, Mo. — A Florissant man is recovering after he says he was attacked and robbed in broad daylight.

Even with a mild concussion, Heisler remembers the incident vividly. A gunman boldly attacking him in his Florissant home.

"I fell backwards on my back right here, my arms and head were on the driveway, rest of my body was on the garage," said Heisler.

It happened Tuesday just before 10 a.m.

Surveillance video showing a man walking onto the driveway.

"He decided to take this rug and throw the rug over me so nobody could see me out here, he went back into the house and steal what he could," said Heisler.

Moments later you see the-- 69-year-old -- running across the street for help.

"I got up ran to my neighbor's house over here and had them call the police. they called the police, whole time they were in the house, but by the time the police got here they just drove off real slow like it was no big deal," Michael said.

His neighbors coming to his aid more than once. Several showing up as 5 On Your Side's cameras were rolling.

"You do too much here for us to have something happen to you.. we got your back don't worry about it," said one neighbor.

Florissant police are currently looking for both the gunman and the getaway driver.

They were seen leaving the area in a white explorer. Investigators ask that anyone with information to please call 314-831-7000.