A grand jury indicted St. Louis couple Mark and Patricia McCloskey last week on charges of unlawful use of a weapon and tampering with evidence 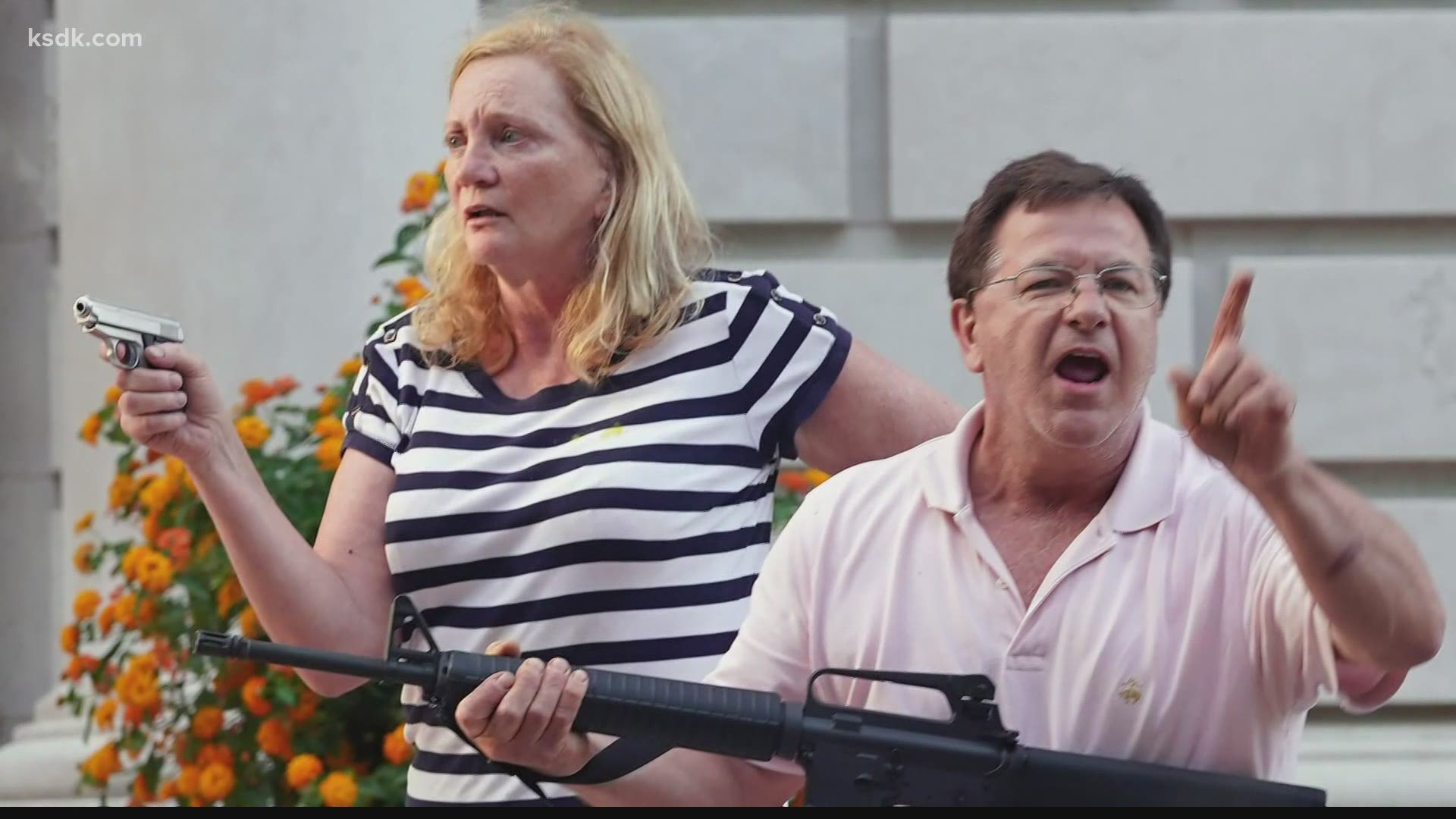 ST. LOUIS — The St. Louis couple who made international headlines after pointing guns at protesters in front of their Central West End home appeared in court Wednesday where they pleaded not guilty to weapons and evidence tampering charges.

A St. Louis grand jury indicted Mark and Patricia McCloskey last week on charges of unlawful use of a weapon and tampering with evidence. Each charge is a felony and carries with it a sentence of up to four years in jail and a fine of $10,000.

St. Louis Circuit Attorney Kim Gardner charged the couple with the crimes after they were photographed pointing guns at protesters during a June 28 confrontation outside their home on a private street.

Now that they have entered pleas, the cases can proceed to a trial. The judge set a pretrial conference hearing for Oct. 28. Gardner said the cases have been transferred to circuit court.

Gardner’s Assistant Circuit Attorney Chris Hinckley ordered crime lab workers to fix the pistol Patricia McCloskey pointed at protesters, according to documents obtained by 5 On Your Side. Patricia McCloskey told police the gun was inoperable because it was used as a prop during a trial in a federal court. The McCloskeys are attorneys.

But in the grand jury indictments, prosecutors say it was Patricia McCloskey who tampered with the pistol to "impair and obstruct" her prosecution sometime between the date of the confrontation and the day her attorney turned the gun over to police, according to court documents.

Police sent summonses to nine protesters for trespassing on private property, but attorneys for the city refused to charge them after members of the Portland Place Trustees said they did not want to press charges. The McCloskeys say they are part of the trustees and wanted the protesters to be charged with trespassing along with several other homeowners they did not name.

Latest on the McCloskey case: