'You will know my pain' | Mother warns of domestic violence after daughter, granddaughter were murdered

Bernadette "Chasity" Cooper and 6-year-old Doryan "Pig" Bryant were killed in a quadruple shooting in Jennings. Cooper's boyfriend is charged with their murders 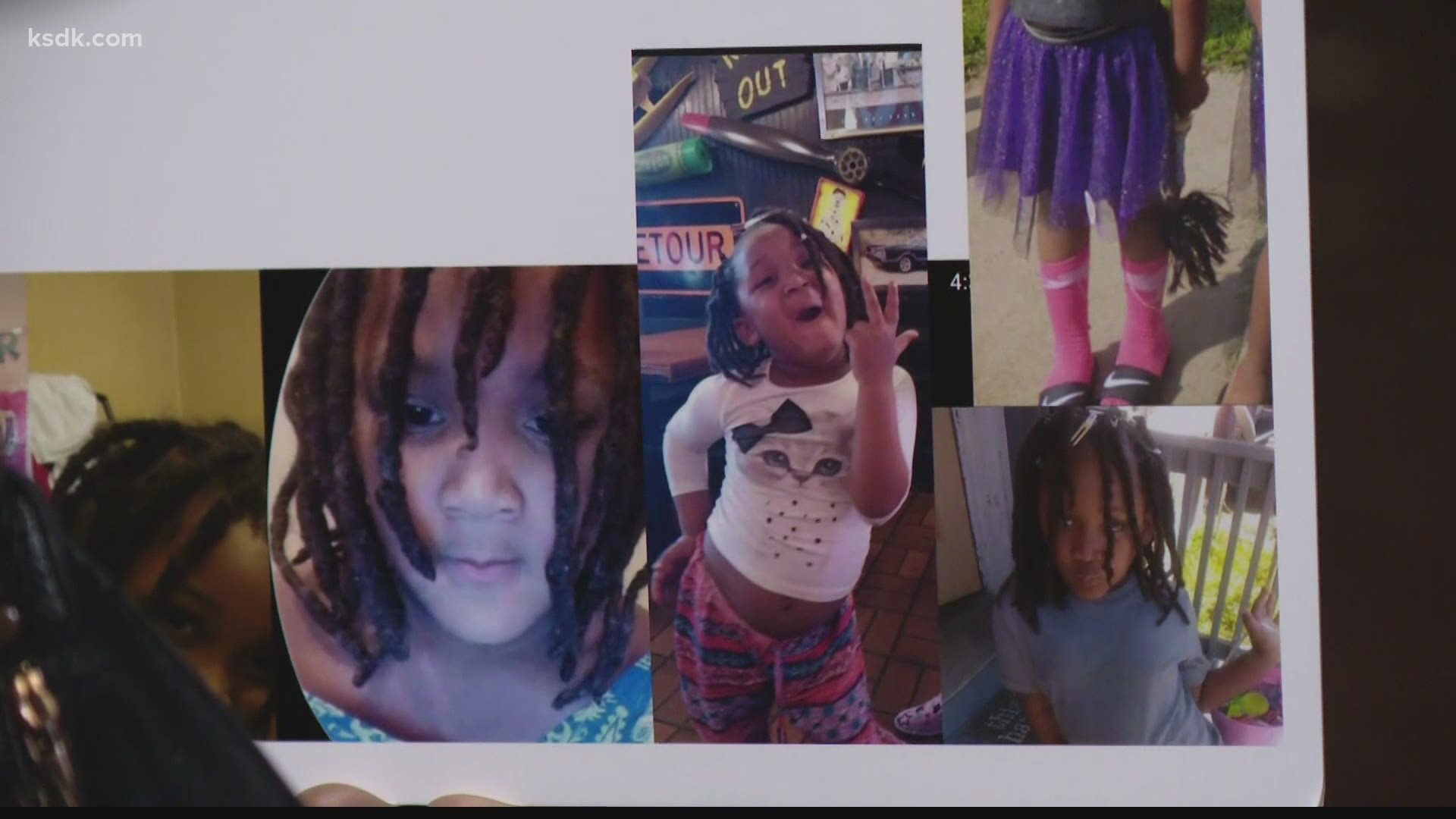 JENNINGS, Mo. — They came with candles and balloons, photos and a poem.

"I look at TV a lot, and you always say, 'I thank God this is not mine,' but when that day comes and you find out it is yours, then you will know my pain," Angela Brooks said of the murder of her daughter and granddaughter.

Cooper and Bryant were killed Saturday. Two of Cooper's other children were also shot but survived.

"My granddaughter, she FaceTimed me on her phone, and she was screaming 'Granny, I've been shot. I've been shot. Look at the blood,'" Brooks said. "She turned her camera around, and all I saw was my daughter alone, face-down in a pool of her own blood."

One of the survivors, Zoriah, stood by her grandmother during the candlelight vigil, her arms bandaged after surgery. Family members say she's alive because her younger, 10-year-old sister saved her life.

"She literally jumped in front of this man," Brooks said. "She is a hero, and she will always be our hero."

Brooks says this is the biggest tragedy her family has ever witnessed, and they only hope it will serve as a warning to others.

"Please, the first opportune moment you get, get out," Brooks said, addressing any victims of domestic violence.

Funeral arrangements are set for Tuesday, and family members are working on a fund to help Cooper's two surviving daughters as there will be a long road to recovery as they heal the physical wounds and mental trauma.

Jones is being held on $1 million cash, with no 10% bond option.