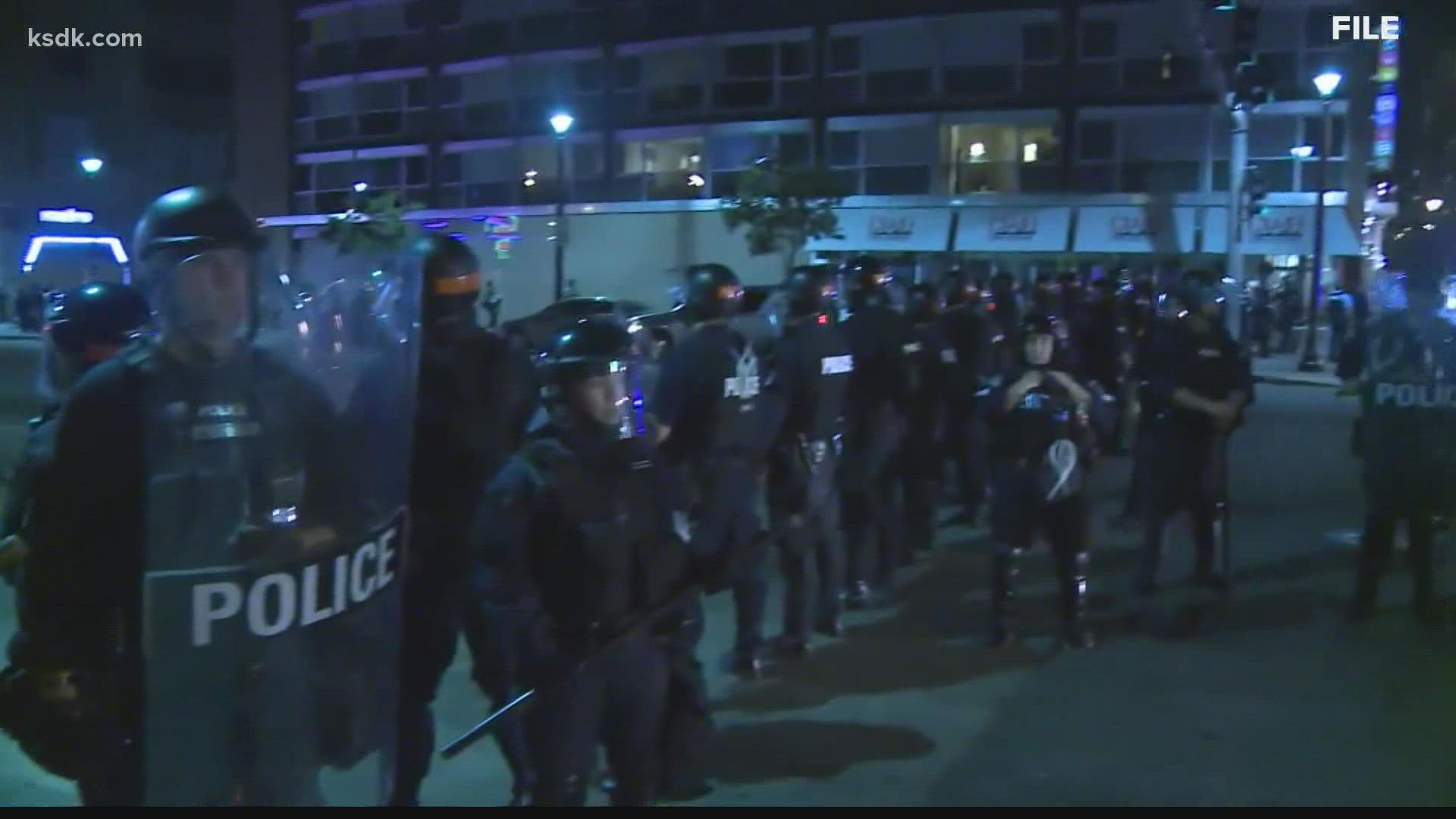 ST. LOUIS — One of the officers convicted in the beating of an undercover officer during protests in 2017 was sentenced to a year in federal prison Monday afternoon.

Dustin Boone was sentenced to one year in prison, three years of probation and ordered to pay $6900 in restitution for his role in the beating that left detective Luther Hall with permanent injuries.

Boone is one of five white officers who were federally indicted for their role in the assault of a Black detective who was working undercover as a protester in 2017. He's no longer with the St. Louis Metropolitan Police Department.

The attorneys call Boone a “doting husband and incredible father” and cite letters from friends, relatives and former colleagues as proof.

Federal prosecutors fired back, dumping the contents of racist text messages shared between Boone and his family members into the court filings for the judge and all to see and insisted Boone be sentenced to 10 years in prison for his actions.

“In his sentencing memorandum, defendant blames everyone else for the assault of Detective Luther Hall,” First Assistant U.S. Attorney Carrie Costantin wrote. “He takes minimal responsibility for his actions.”

Most of the texts are unsuitable for publication.

Former Officer Bailey Colletta was sentenced to three years of probation for lying to the FBI about what she saw on the night of the assault.

Christopher Myers is expected to plead guilty in January to a misdemeanor and face no jail time or pay any fines for his role.

A fifth officer, Steven Korte, was acquitted and remains on the force.