The suspects arrested in the incident are 14 and 16 years old, police confirmed 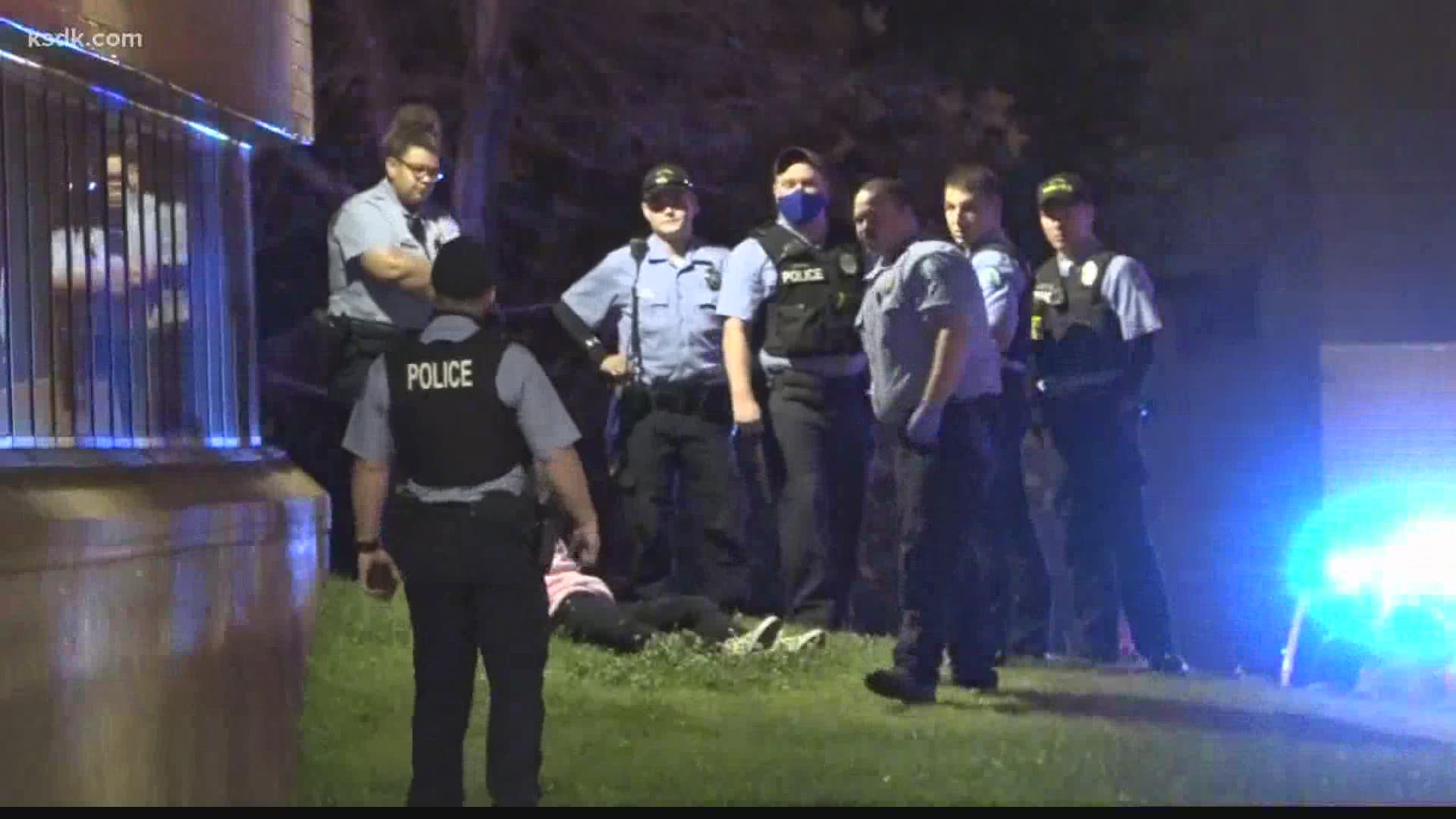 ST. LOUIS — An officer with the St. Louis Metropolitan Police Department was shot in the arm late Sunday night while working an off-duty assignment in downtown St. Louis.

The suspects arrested in the incident are 14 and 16 years old, and the officer has been released from the hospital, sources familiar with the investigation told 5 On Your Side's Christine Byers.

The shooting happened shortly before midnight in the area of North 10th Street and Convention Plaza, north of the America's Center Convention Complex.

The officer was sitting in his car in plain clothes wearing a tactical vest that was clearly marked "police", Major Eric Larson, Deputy Commander of Professional Standards, said at an early Monday morning media briefing.

The source added that the officer was sitting in an unmarked car on the US Bank parking lot.

The officer saw two "juveniles" approach and made eye contact with them, Larson said. The officer looked away, looked back and saw one of the teens running at him.

The 14-year-old boy fired shots into the off-duty officer's vehicle, according to the police report.

The officer drove his vehicle to a safe location and broadcast a description of the suspects to the police. He didn't fire any shots, Larson said.

Responding officers found two teens and took them into custody.

The officer is a 47-year-old with 24 years of service, Larson said. He was taken to an area hospital for treatment and is expected to make a full recovery.

Several officers were seen walking around the scene with flashlights as they investigated, and a 5 On Your Side photojournalist saw several evidence markers on the ground.

An area near the convention center remained taped off early Monday morning.

A gun was recovered at the scene. The police department's Force Investigation Unit is handling the investigation.

"Glad to hear this morning that our injured officer is expected to make a full recovery after being shot overnight... our sixth officer shot and wounded since early June," St. Louis Mayor Lyda Krewson said on social media Monday morning.

"Please join me in thanking all the brave men and women of the St. Louis Metropolitan Police Department for continually putting their lives on the line to selflessly serve our community."

On July 26, an officer was shot in the elbow and two others suffered other injuries when a man opened fire with a sawed-off shotgun. On July 27, three officers were speaking with a driver they had just pulled over for a traffic stop when an unknown person fired several shots in their direction.