Police said many of these victims were alone at night, and at least some were involved in sex work 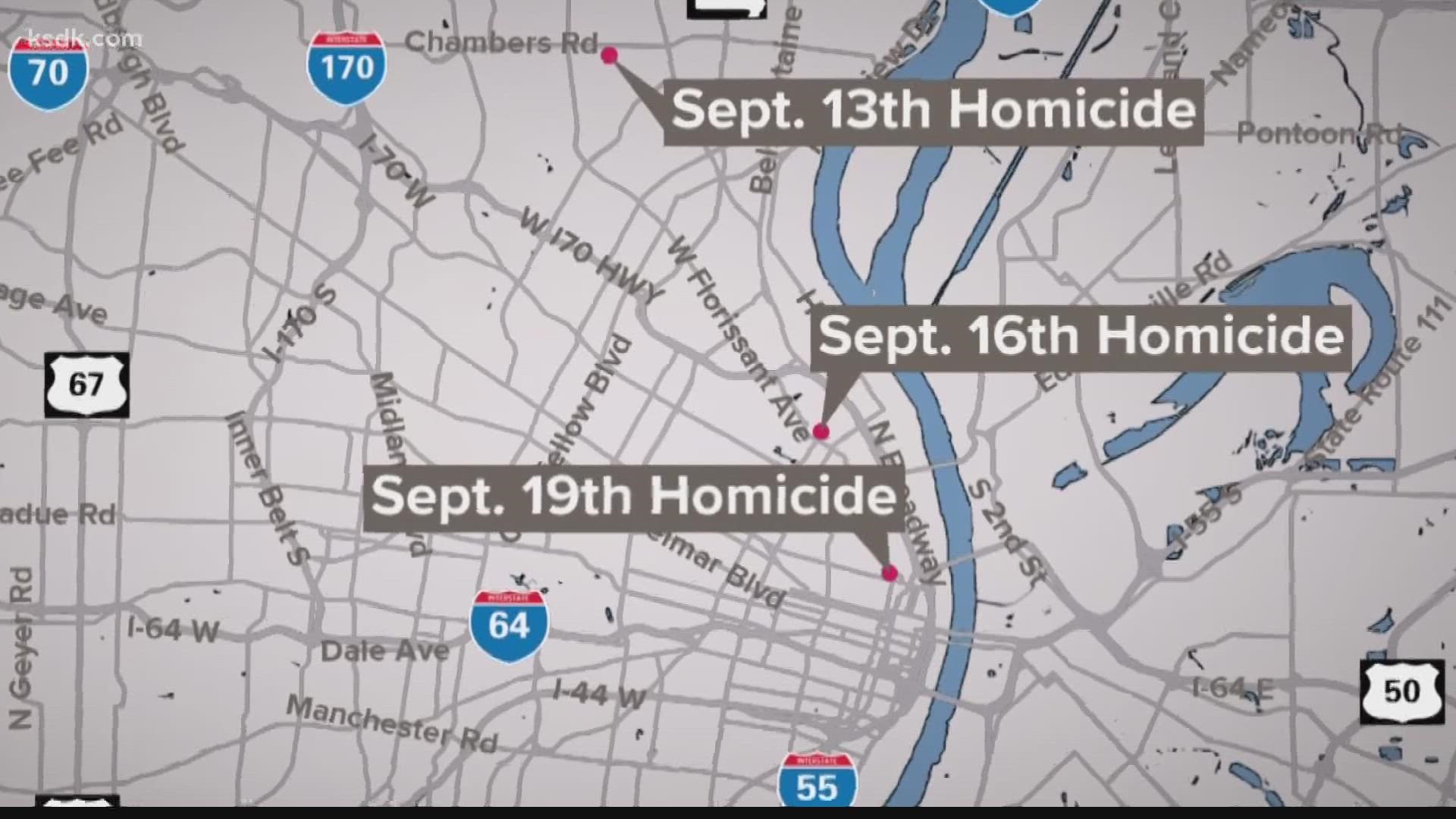 ST. LOUIS — Police are investigating a string of homicides in St. Louis and St. Louis County that they think are connected. For the first time Wednesday, 5 On Your Side spoke with one of the victim's families.

The crimes have left three people dead and several more attacked. Police said many of these victims were alone at night, and at least some were involved in sex work.

Now there's heartbreak all around and a warning for the shooter.

Bouquets of flowers one after another line the sidewalk where 49-year-old Pam Abercrombie was found with a gunshot wound late Thursday evening. A mother of four, people at this shop said she was well known in the area, always ready to pick up small jobs like cutting grass around the neighborhood.

"My cousin was a hustler," said Abercrombie's cousin Tillonni Hamilton. "So she was about her money."

Hamilton said the news that her cousin's killing is related to other crimes is shocking.

"We want justice for my cousin and all the women that have been murdered," said Hamilton. "And I hope they find the killer as soon as possible."

This corner is now on a list with three other homicide scenes that police believe are linked. In a Friday alert, they outlined other assaults against sex workers on Cote Brillant that could also be the same suspect.

"In our immediate orbit, this is something that a lot of folks are talking about and concerned about," Indigo Hann, the co-founder of a sex work advocacy program MO Ho Justice Coalition said.

Hann said their organization put out alerts to clients about the immediate dangers and they're working on a center that will help protect sex workers in St. Louis because they know the stakes.

"Frankly the news that somebody might be targeting sex workers is not shocking to us," Hann said. "Within the last 30 years in St. Louis, there have already been two serial killers identified who were known to target sex workers."

The Center at the T in Delmar already provides showers, laundry, a safe space for workers, whose industry often puts them at risk.

"These deaths do not have to happen," Hann said. "Sex workers are vulnerable because of stigma, because of criminalization in the same way that unhoused people and people who use drugs are made it vulnerable by those the same forces."

Abercrombie's family says she was not involved in sex work, but have a warning for whoever might be behind the crimes.

"Whoever you are, so you will get caught," Hamilton said. "We are going to get justice for my cousin and those other women."

Hann said their center, which is scheduled to open in January, will provide monthly self-defense classes for sex workers.

They're also already handing out trauma kits that people can carry with them.

If you have information about any of these recent crimes, call police.