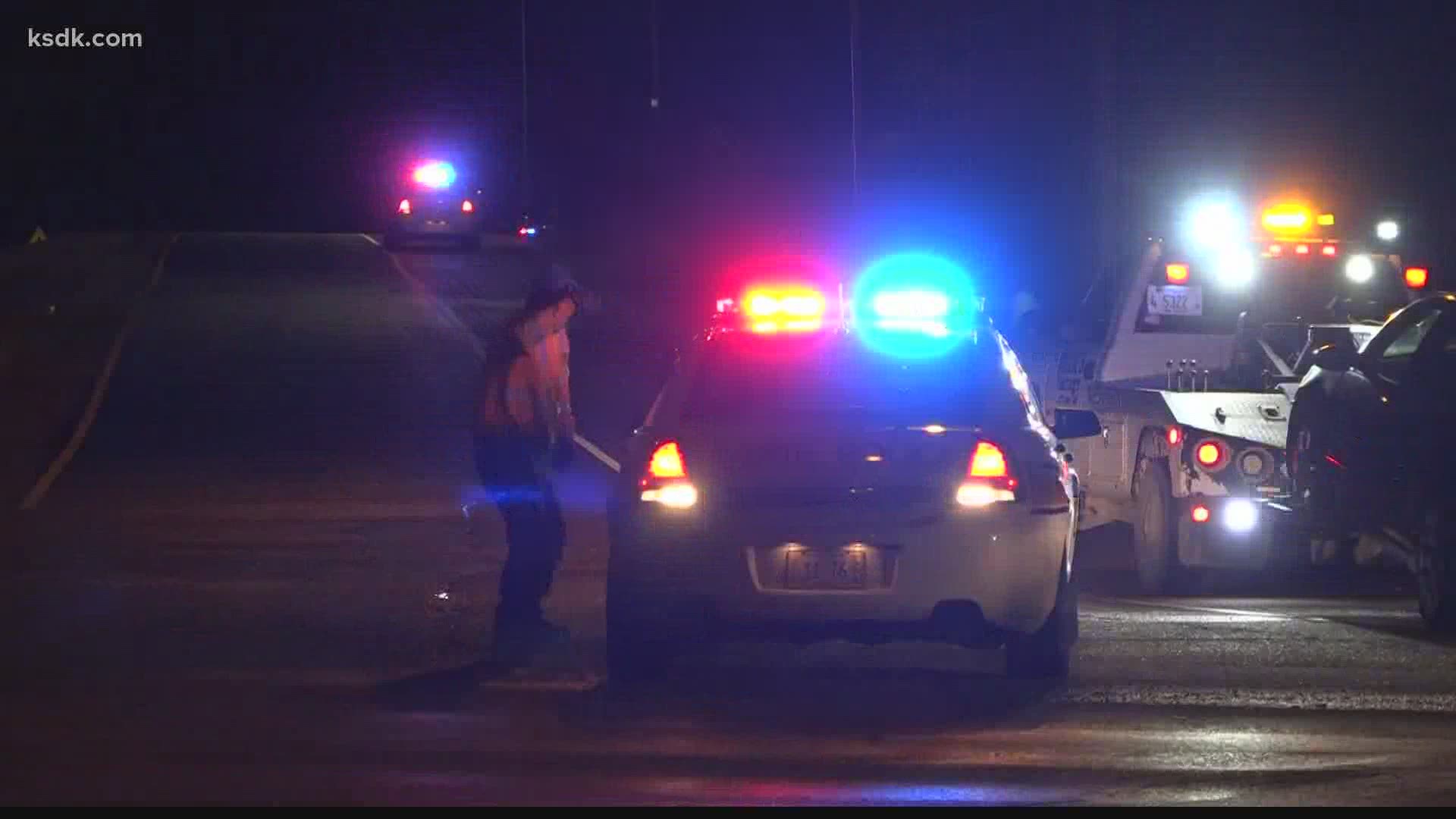 EDWARDSVILLE, Ill. — Two teens have been charged in connection with the shooting of a Southern Illinois University Edwardsville student.

According to Illinois State Police, the shooting happened Thursday night on the ramp from Illinois Route 157 to Interstate 270 eastbound. Police said the suspects pulled their car up to another car and shot a 26-year-old Chicago man. The victim was taken to a hospital with life-threatening injuries.

“Thanks to excellent police work, these suspects were quickly found and have been promptly charged,” Haine said. “Sadly, this is another example of the kind of cross-river crime that is attempting to gain a foothold in our community. Swift and strong punishment is the only way to deter it.”

SIUE released a statement Friday morning that read in part, “Our SIUE community’s thoughts and prayers are with a fellow student, who was injured in what appears to be a random act of gun violence, last night off-campus. The student was transported to a regional hospital for treatment. The family has been contacted.

"Our thanks to the Illinois State Police, who quickly apprehended four suspects. We greatly appreciate the collegial, collaborative working relationship that the SIUE Police Department has with local and regional law enforcement agencies.”

The SIUE Army ROTC released a statement Saturday in support of Damra:

"Today, we stand in support of our fellow cadet, Moneer Damra, who was the victim of unjust and random violence just a couple days ago. He is currently still fighting in a Saint Louis hospital under the professional care in the Intensive Care Unit. Cadet Damra is a fighter; a truly inspirational example of fortitude and resilience - and he's not alone today. All of our hearts are with him. Please be with him, his family, and the battalion in thought and/or prayer."

The SIUE Army ROTC Cadet Club has created a GoFundMe to support Damra and his family. To donate, click here.