The city of St. Charles announced last week it would enforce an existing zoning law in an effort to cut down on violence and rowdy behavior on North Main Street 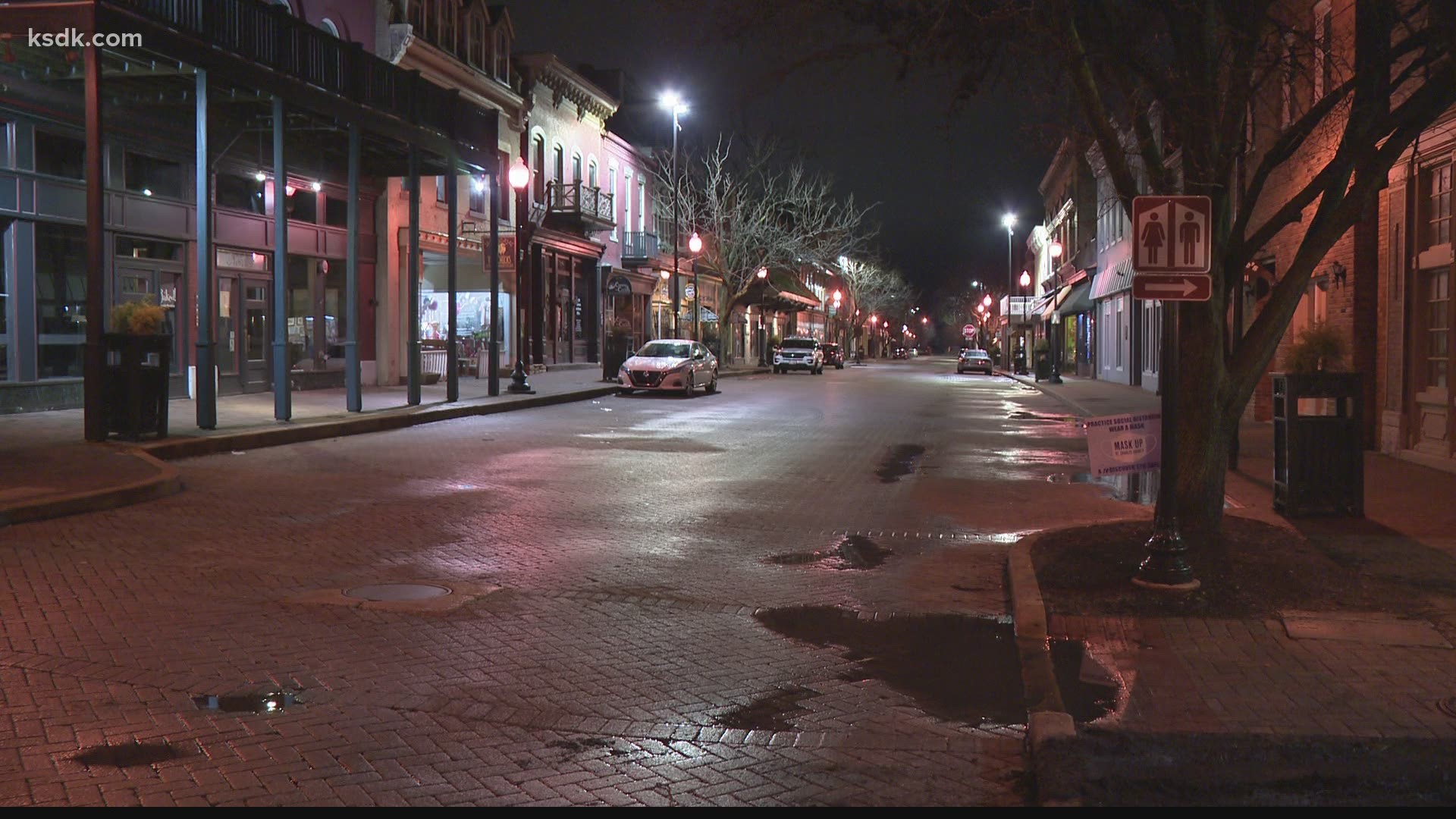 Lt. Tom Wilkison with the St. Charles Police Department said officers responded at around 1:30 a.m. Sunday to a couple of disturbances in the street on the 200 block of N. Main Street. They ended up making four arrests, during which an officer suffered a minor injury to his leg.

He was taken to a hospital where he was treated and released. Two other officers suffered minor injuries that didn't require treatment.

This incident comes after the city of St. Charles announced last week it will enforce an existing zoning law in an effort to cut down on violence and rowdy behavior on North Main Street.

All businesses operating with liquor licenses in the 100, 200 and 300 blocks of North Main must stop operating as nightclubs. That means no loud music and dancing.

City leaders say that area is not zoned for nightclubs. At least 18 businesses are affected.

In a Monday afternoon press conference, the mayor said crowds have grown during the pandemic. With more people, comes more problems, including an uptick in gun violence, city officials said.

Wilkison said that though the police department is seeing larger crowds than usual in the Main Street area, it hasn't affected their response.