The first shooting happened at around 10 a.m. in the 8700 block of North Broadway 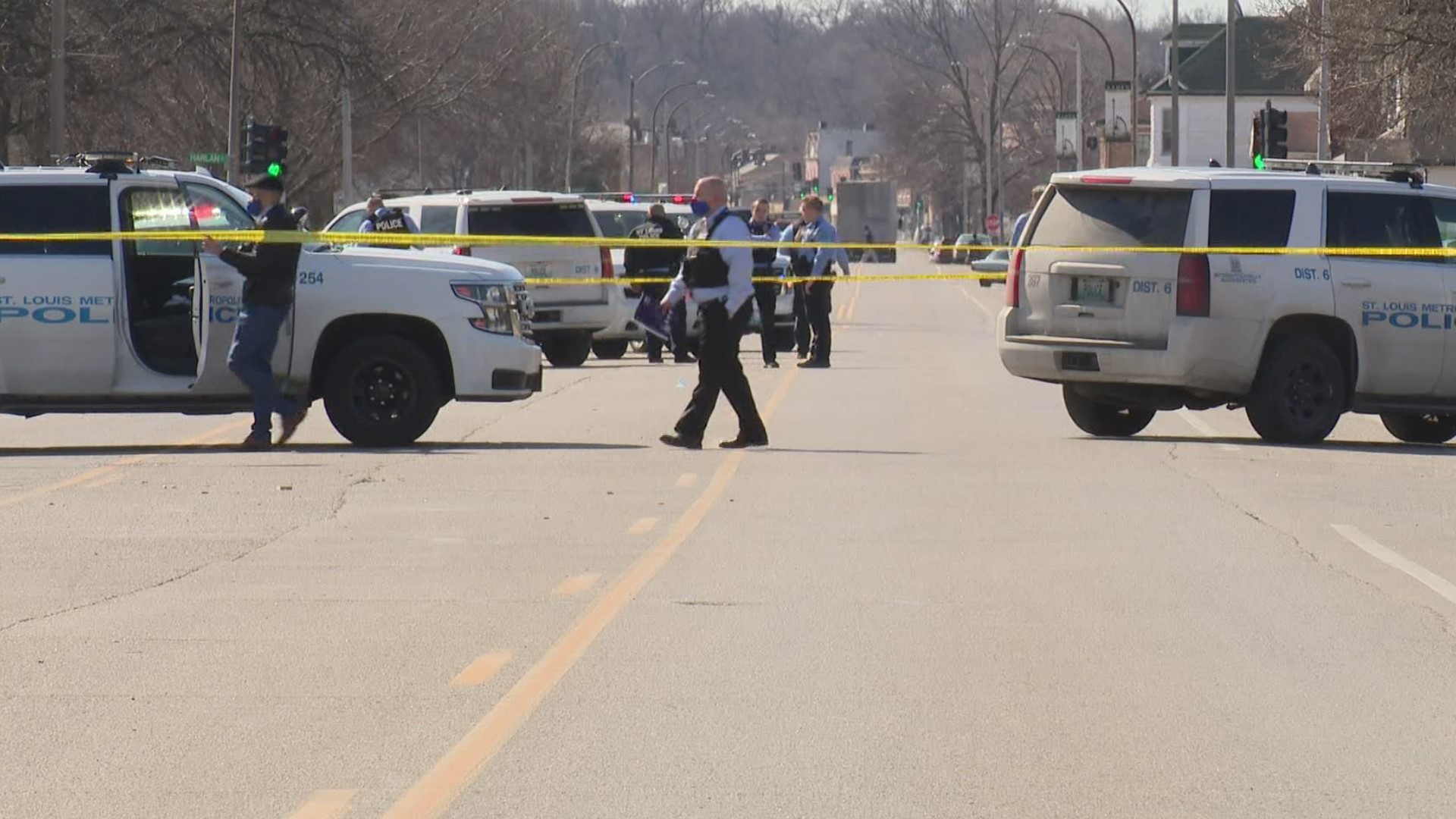 ST. LOUIS — An investigation is underway after a man was shot and killed in St. Louis Wednesday night.

At around 9 p.m., St. Louis police responded to the 1400 block of Stewart Place for a report of a shooting. This is in St. Louis’ Hamilton Heights neighborhood.

When officers arrived, they found the victim suffering from puncture wounds and was pronounced dead at the scene. On Monday, he was identified as 47-year-old John Bragg.

Police are also investigating a shooting that happened Wednesday morning in the city.

At around 10 a.m., police responded to the 8700 block of North Broadway for a shooting. This is in the Baden neighborhood. When officers arrived, they found a man with gunshot wounds. He was pronounced dead at the scene.

After the shooting, officers tried to pull over a car believed to be involved. The driver refused to stop, prompting a chase through parts of St. Louis and St. Louis County. Police used a tire deflation device to disable the car and two people were taken into custody.

Two officers were injured during the incident and were taken to a hospital for treatment.

According to 5 On Your Side’s internal records, the Wednesday morning shooting marked the 100th shooting in the city so far in 2021.

Anyone with information about these shootings should contact St. Louis police’s homicide division at 314-444-5371 or CrimeStoppers at 866-371-TIPS (8477) to remain anonymous.