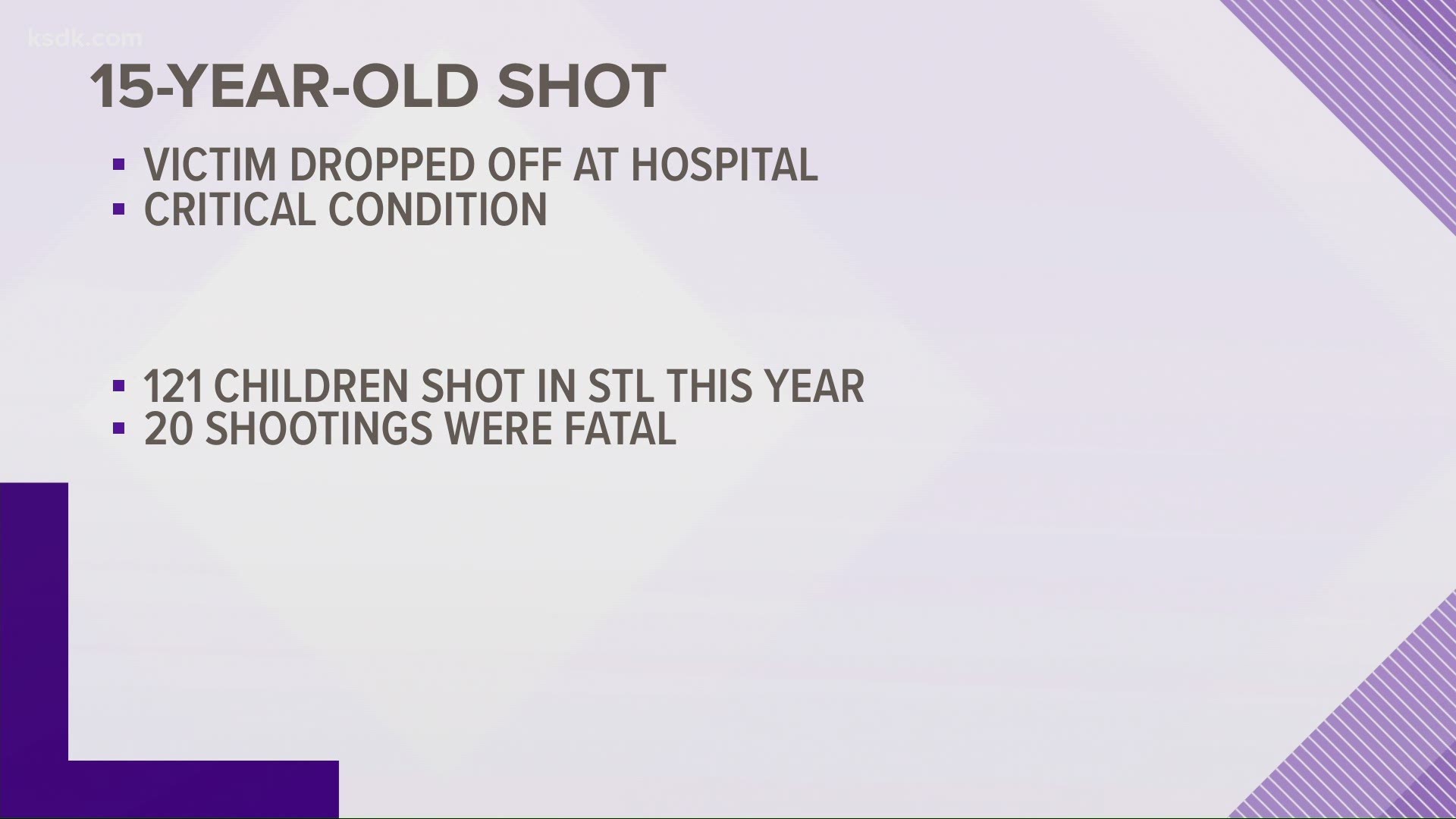 ST. LOUIS — A 15-year-old boy arrived at a St. Louis hospital with critical injuries after being shot on Sunday.

According to the St. Louis Metropolitan Police Department, police responded to the hospital at 5:52 a.m. after the boy was dropped off with a gunshot wound to his back.

Due to his injuries, the boy wasn't able to give a police statement. As of Sunday morning, he was listed in critical condition.

Police didn't know where the shooting happened, and they had no information on possible suspects.

At least 121 children have been shot in St. Louis so far this year. Twenty of the shootings have been fatal, according to records kept by 5 On Your Side. 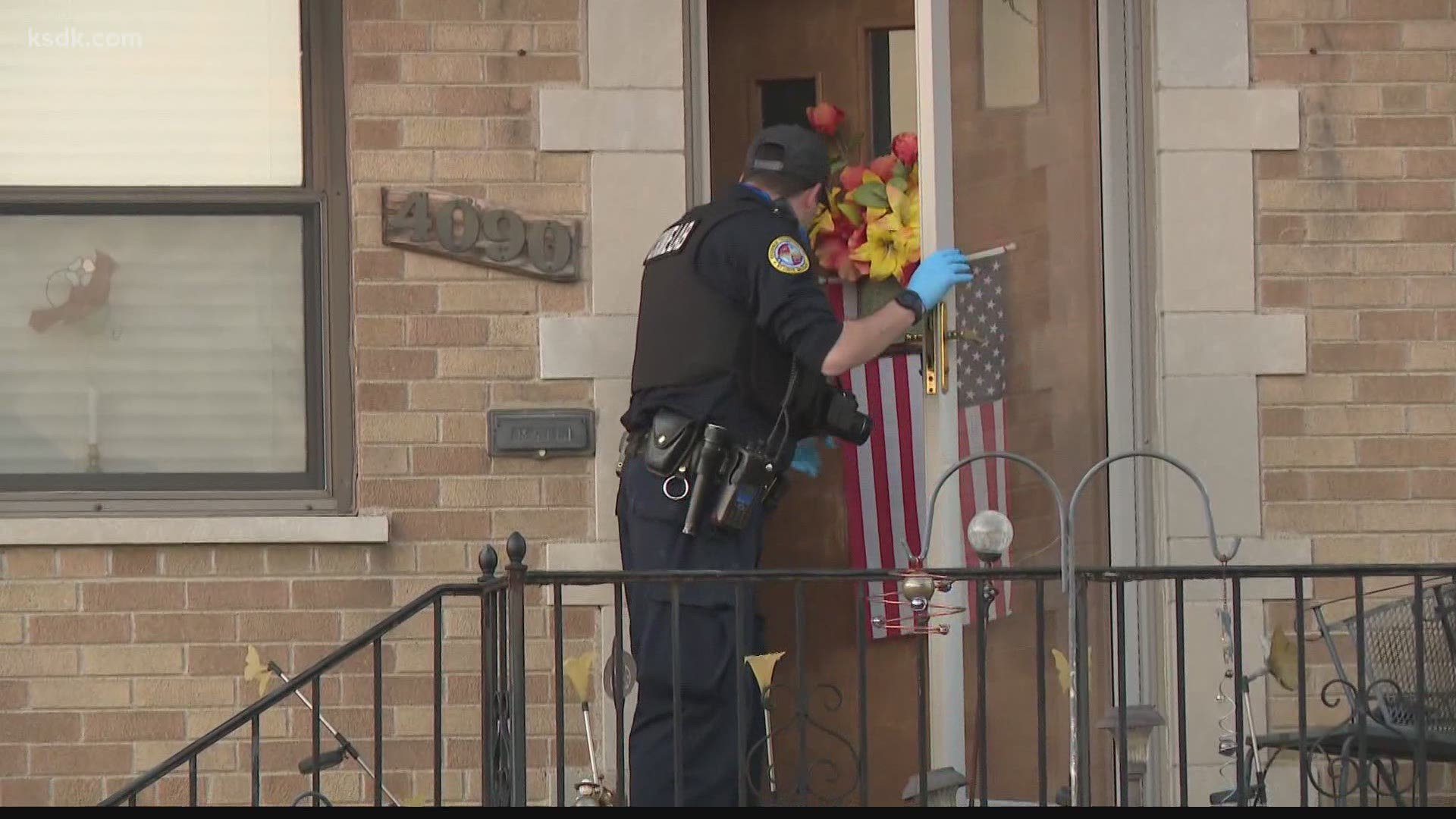