The cats that live at the cafe were not hurt 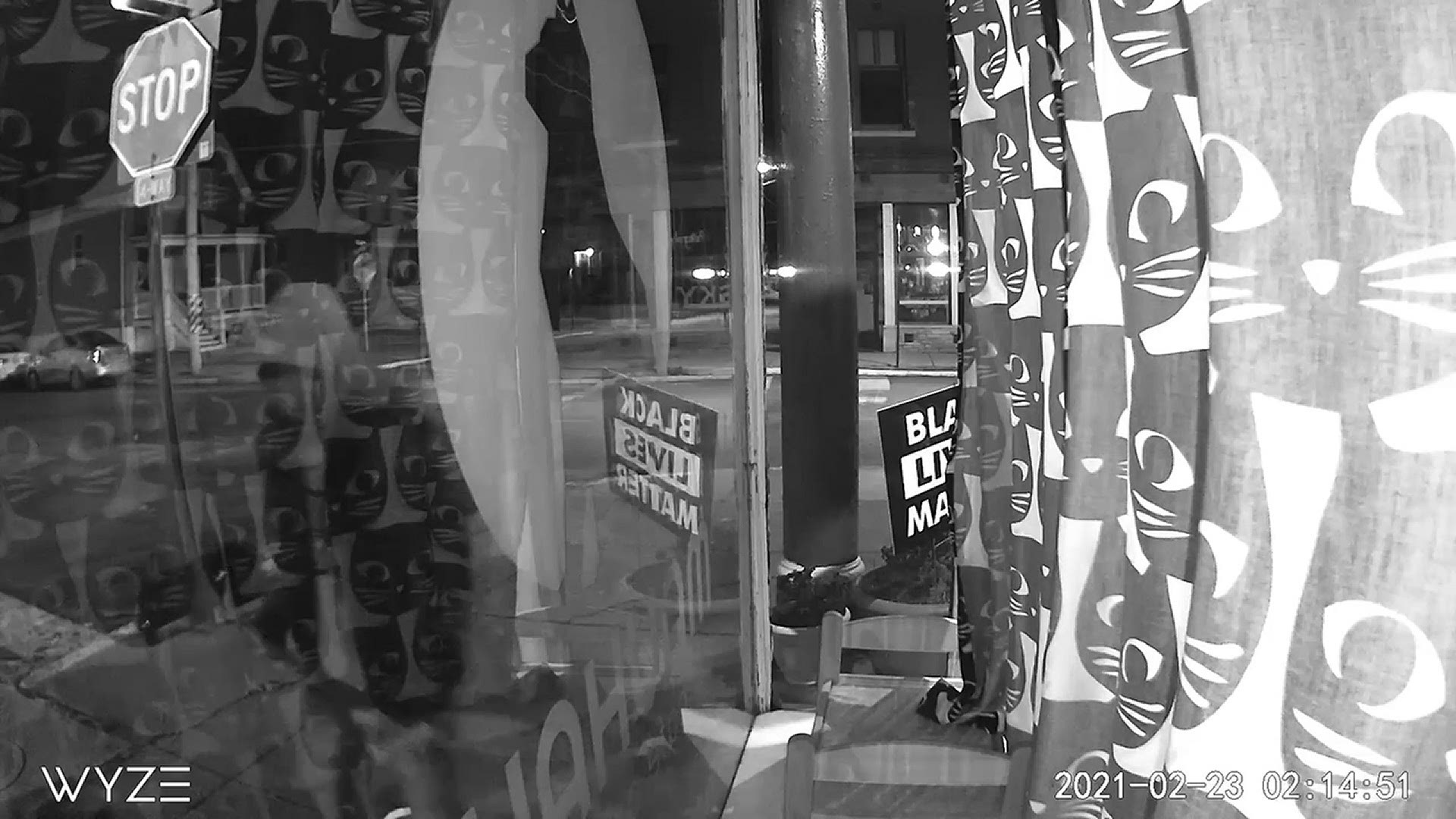 MAPLEWOOD, Mo. — The storefront glass at the Mauhaus cat cafe in Maplewood was vandalized early Tuesday morning and the incident was caught on camera.

Maplewood police got a call from the alarm company around 2:30 a.m. The person used a snow shovel to break the window, police said. The shovel was left outside the cafe.

"Thankfully the cats are all safe though they are freaked out," the cafe posted on its Facebook page. "Our alarm scared the guy away and alerted the police. Our security camera captured the entire incident and that footage has been handed over to the police."

"This will be a large expense that we did not anticipate," the post said. "Any help would be greatly appreciated. We are so thankful that nobody was hurt and no cats were lost."

Police said the cafe owners filed a report and a detective is investigating. Police have not received any other reports of similar incidents in the area.

By Tuesday afternoon, the broken storefront window was replaced with plywood.

Pretty crummy morning. The cats are safe thankfully but what utter garbage this is. pic.twitter.com/slAjXUO0ye

Mauhaus opened in 2016 and it serves up pastries and coffee. Cats from Stray Rescue Haven also live there who are around to play with or even adopt.

For more information about the cafe and to help with the repair, visit the cafe's website.