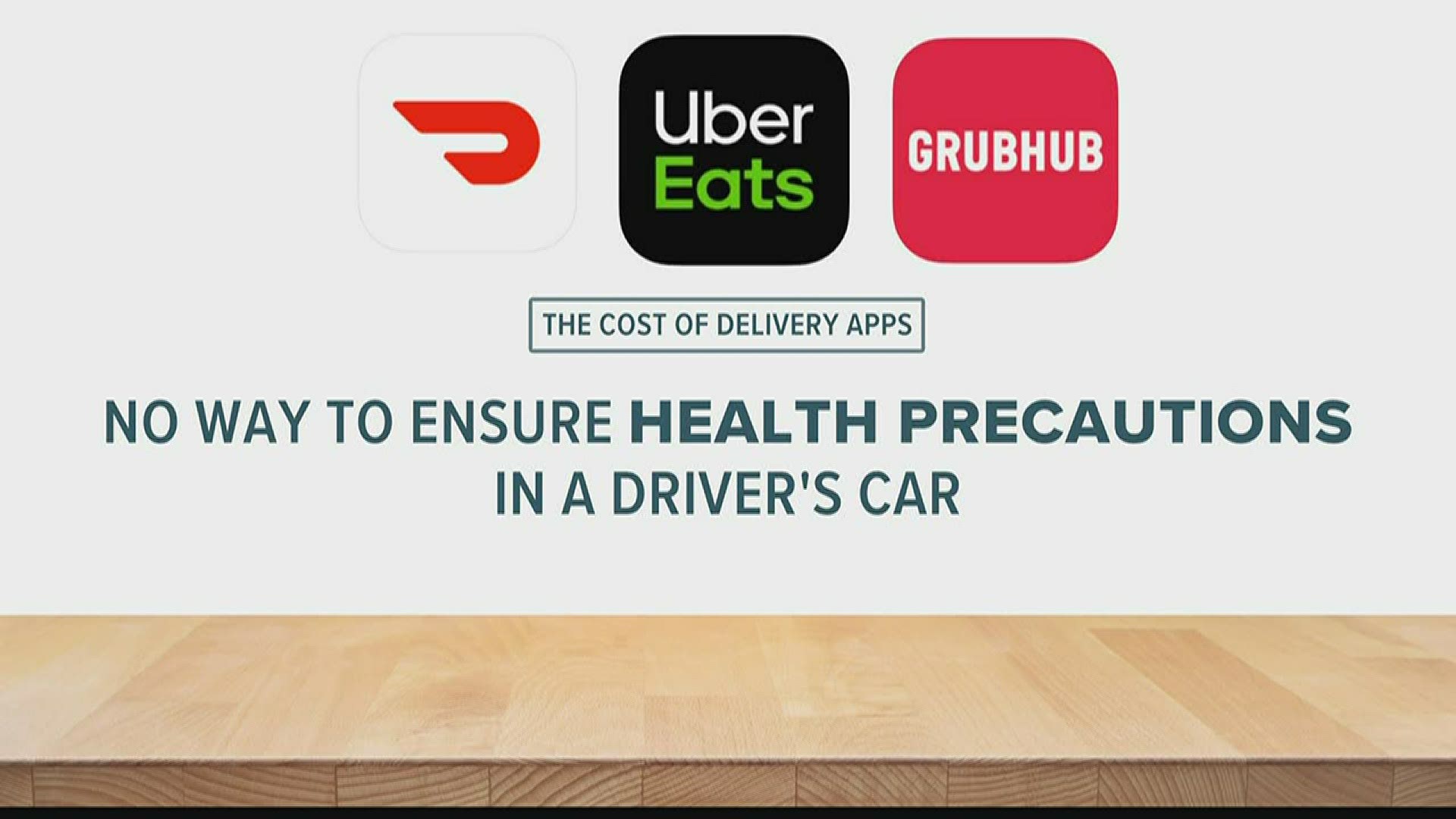 ST. LOUIS — The hottest table in town… is in your own kitchen.

Restaurant dining rooms have been closed to curb the spread of coronavirus for more than a month now.

But you’re tired of leftovers and you want to order in, so you open your go-to delivery app on your phone — Grubhub, Uber Eats, DoorDash — decide to eat the delivery fees and surcharge that come with it in the name of supporting local, and within an hour you're eating food from your favorite restaurant.

The unappetizing side you didn't know about though? That restaurant may be losing money on your meal.

"It works maybe for some folks if they’re doing high volume and just sending stuff out the door constantly, but that’s not our model," said John Perkins, owner of Juniper in the Central West End. The restaurant briefly accepted orders through DoorDash during essentially a trial period, but ended that when they started getting charged commissions: 25% of every order.

"I’ve just been really, I don’t know, aggressively against third party delivery systems, because I felt like they were exploitative for small businesses like mine," Perkins said.

Restaurants pay up to an average of 30% to these big companies on orders through their apps, on top of fees you’re paying.

"Restaurant margins are already thin to begin with, and for every $10 you’re taking $2.80 cents or $2.50 cents, which basically means it’s a loss," said Perkins.

If you get a discount, like $10 off an order, the restaurant may have to pay that themselves — even if they don’t agree to the discount.

Even promises of coronavirus relief, like reduced commissions or deferment of payments, have been vague or come with other obligations down the road. Grubhub announced a suspension of some commission payments from their restaurants, but they'd have to pay the fees back later. Uber Eats is offering to pay out restaurants for their orders daily instead of weekly to help with cash flow but have not reduced commission fees. While some breaks are offered to new partners, restaurants using the services before are usually exempt.

A DoorDash representative told 5 On Your Side they're working to make their services more accessible and affordable for small businesses. That includes by extending zero-commission collections for new restaurant partners through May and cutting commission rates in half for restaurants with fewer than five locations.

Restaurants need to make up for the losses somehow, and Perkins said it often comes at the diners' expense.

"The irony here is the restaurants are the ones who get the backlash because then they’re 'expensive.' Well, they’re expensive on these things because they’re trying to account for that revenue loss," Perkins explained.

As for the delivery itself, though the companies have posted policies and actions being taken to ensure safe drivers, there's no guarantee those are being followed by individual drivers.

"Once the food leaves this door from a third-party system, we can’t guarantee that it gets there right on time, that nothing is happening with this order, that there’s nobody else in the car, that everybody’s wearing masks and gloves," said Tara Byerley, manager at The Three Kings Public House in Des Peres. She said those are some of the concerns that led the owners to create their own delivery system — which also keeps some of their staff working.

"With the third-party systems, you don’t know if they’re waiting on other orders, if they’re going to other houses before yours, but with the in-house delivery, you can guarantee that the order is going straight from Three Kings to your doorstep."

Bottom line: when you want to support your favorite restaurant, check first to see if you can order over the phone or through their website directly — or if they deliver through lower-cost local platforms like Food Pedaler or 569DINE. It could save you and the restaurant in more ways than one.

You can hear more of these interviews and get a deeper dive into how these delivery apps work by listening to the Abby Eats St. Louis podcast titled 'Don't fill up on apps' Listen and subscribe to this original 5 On Your Side podcast for free on all major platforms. 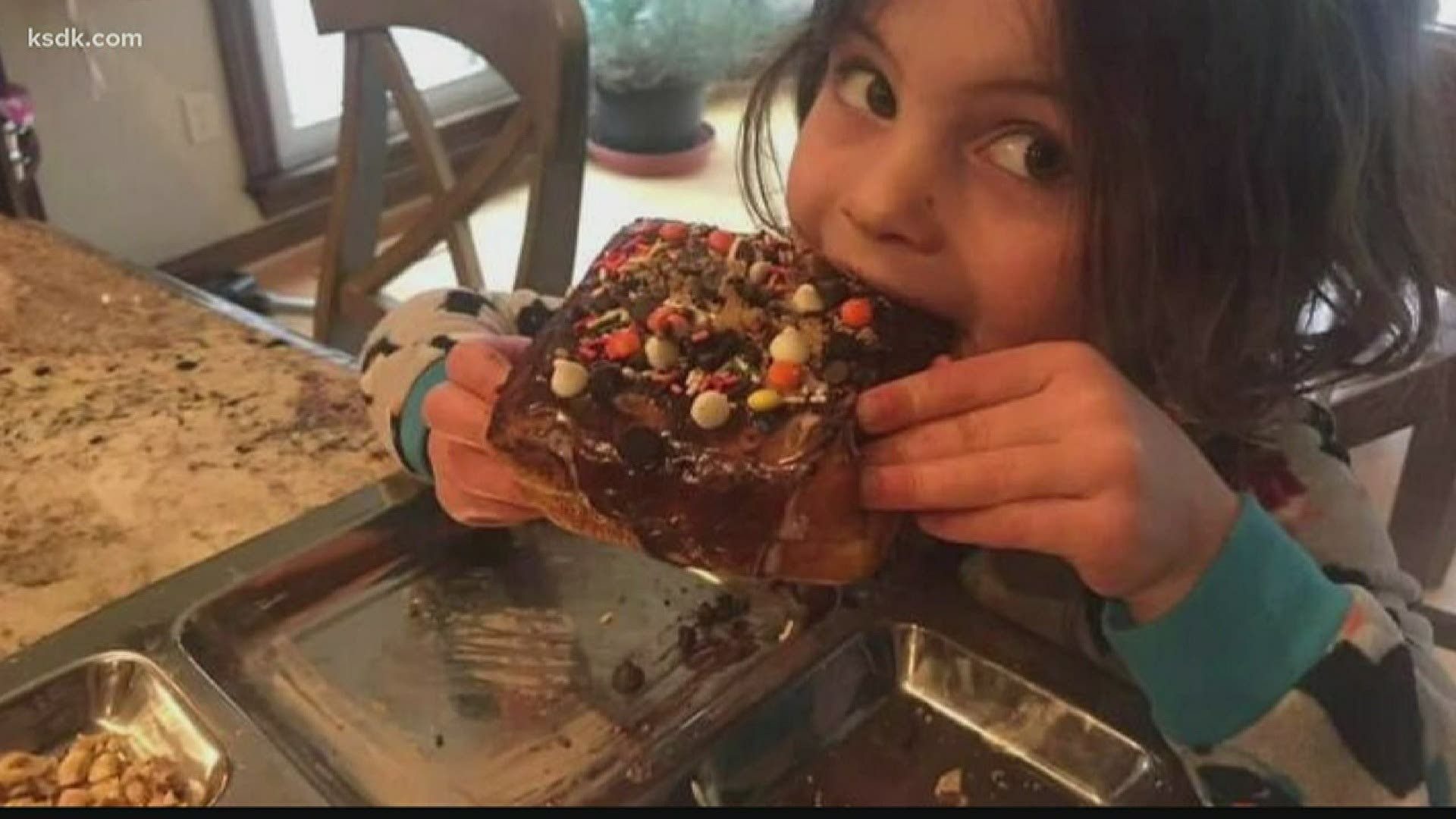