According to the dashboard, 4.5% of people in the state have received their first dose 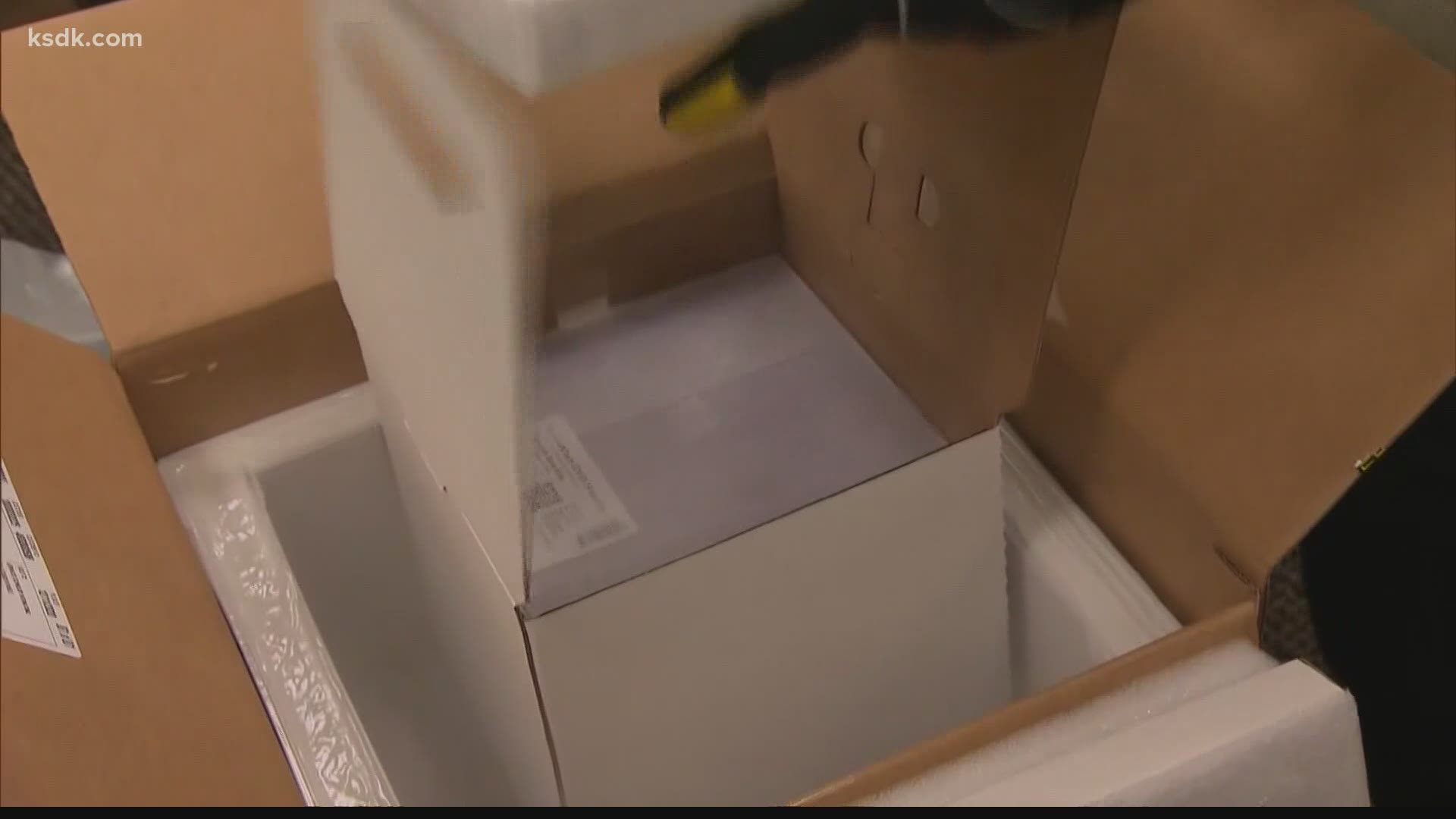 ST. LOUIS — The Missouri Department of Health and Senior Services unveiled a new dashboard to track the progress of coronavirus vaccinations in the state.

A press release from Governor Mike Parson said the dashboard was launched to increase transparency. He said the numbers reported by the CDC — which have shown Missouri last in the percentage of people with at least one dose of the vaccine — "are marginal and are being used to misinform Missourians that the state is falling short in vaccine administration, or worse, that the state itself is stockpiling vaccines."

As of Jan. 26, the Missouri dashboard is reporting 16,000 more doses reported than the CDC data. Missouri's dashboard says 4.5% of Missourians have received their first dose, compared to the 4.27% reported by the CDC, which is the lowest of any state in the CDC data. There are three states that have 4.5% of people with at least one dose of the vaccine: Nevada, Alabama and Kansas. They rank 46th, 47th and 48th, respectively.

A spokeswoman for the governor said they are frustrated with the slow pace of the federal pharmacy partnership. She said the states have been given permission to take unused doses back from those pharmacies and give them to state-enrolled vaccinators, and Missouri intends to do so.

She said all the pharmacies in the federal program will have enough doses to complete scheduled vaccinations. 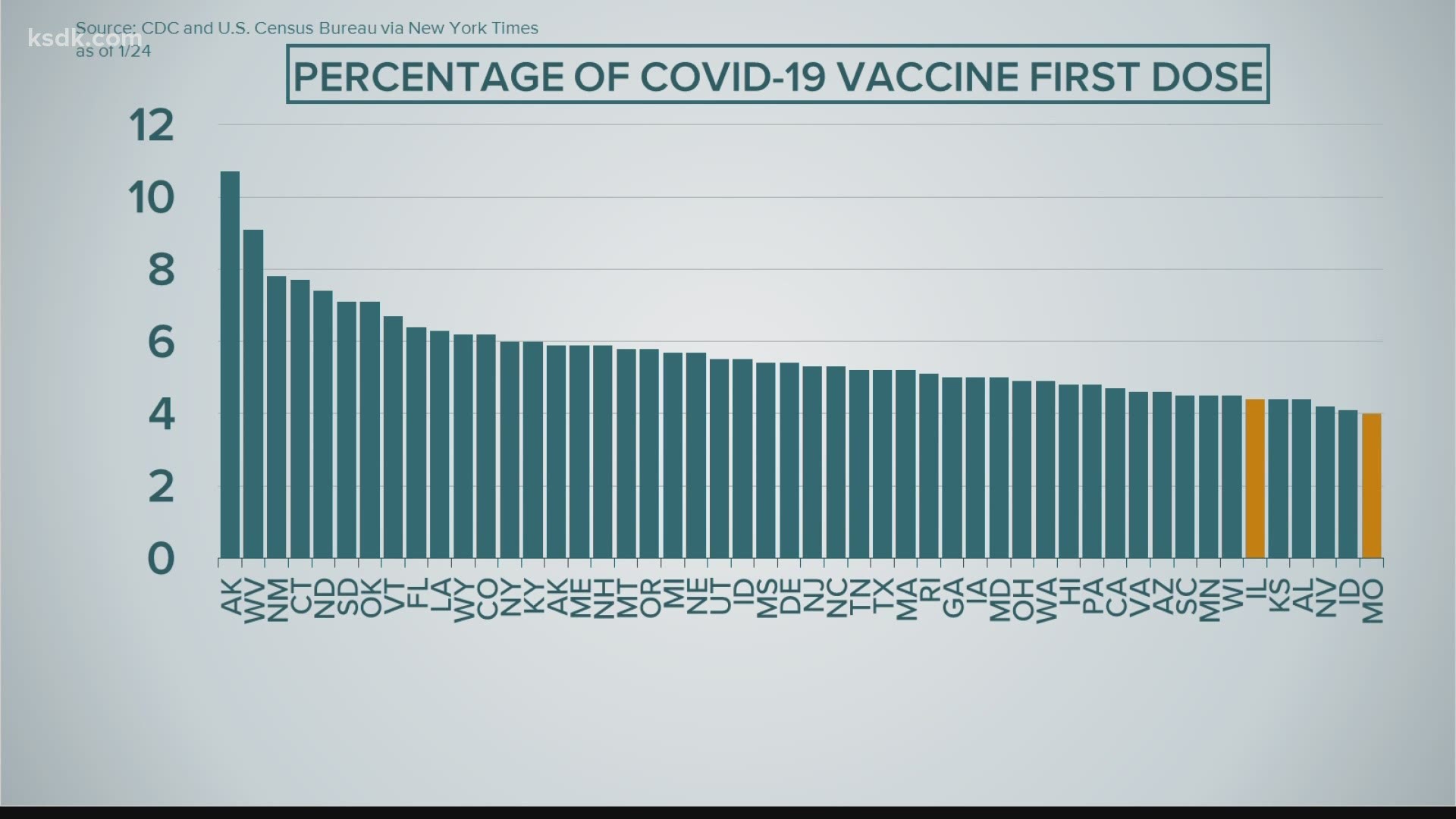