4% of Missourians have received first COVID-19 vaccine shot, lowest in US

According to data from the CDC compiled by The New York Times, Missouri is behind every state in the rate of distribution for the first dose. Illinois ranks 44th 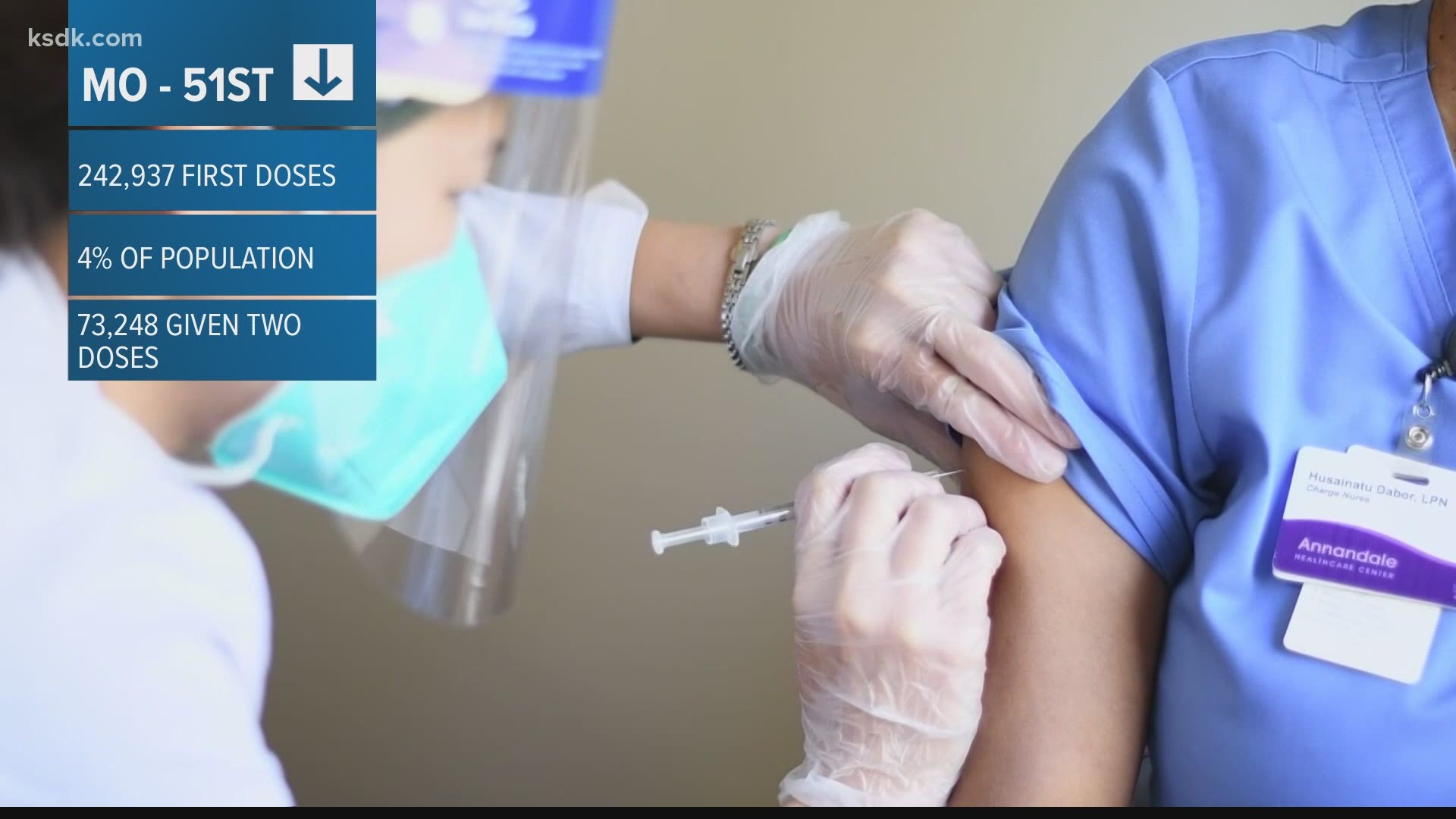 ST. LOUIS — Just 4% of Missourians have received the first shot of the two-dose coronavirus vaccine as of Sunday, the lowest of any state in the country.

According to data from the Centers for Disease Control and Prevention compiled by The New York Times, Missouri is behind every state in the rate of distribution for the first dose, and only U.S. territories in the Virgin Islands, Micronesia and Guam have a lower percentage of the population with the first dose.

According to the data, 4.4% of people in Illinois have received the first shot, which ranked 44th of the 50 states.

Both Missouri and Illinois are below the percent for the entire country. As of Sunday, 5.6% of Americans have received the first dose.

Missouri has administered two doses to 1.2% or residents, which is 13th in the county. The data shows 1.1% of Illinoians have both doses, which ranks 21st. Both are above the 1.0% for the country as a whole.

According to CDC data, 53% of the distributed doses in the United States have been administered. North Dakota and West Virginia have the highest rates in the country at more than 80%.

Cities, counties and health care systems across the St. Louis area have set up registration systems. Local health departments rely on the states to provide vaccines.

There have been disparities in vaccine supplies around the St. Louis area, with some counties struggling to get doses while others begin mass vaccination events.

Vaccine plans for both Missouri and Illinois put health care workers and long-term care facilities in Group 1A, the first people to get the shot. Group 1B includes essential workers and people in high-risk categories.

The following data are the combined figures from the four major health systems (BJC HealthCare, Mercy, SSM Health and St. Luke’s Hospital) that are part of the task force, for Jan. 24.