How one local sound engineer revolutionized rock and roll

In the 1970s, sound engineer Bob Heil didn't even know who The Who was when the band asked him to improve their concert sound. The rest is rock and roll history. 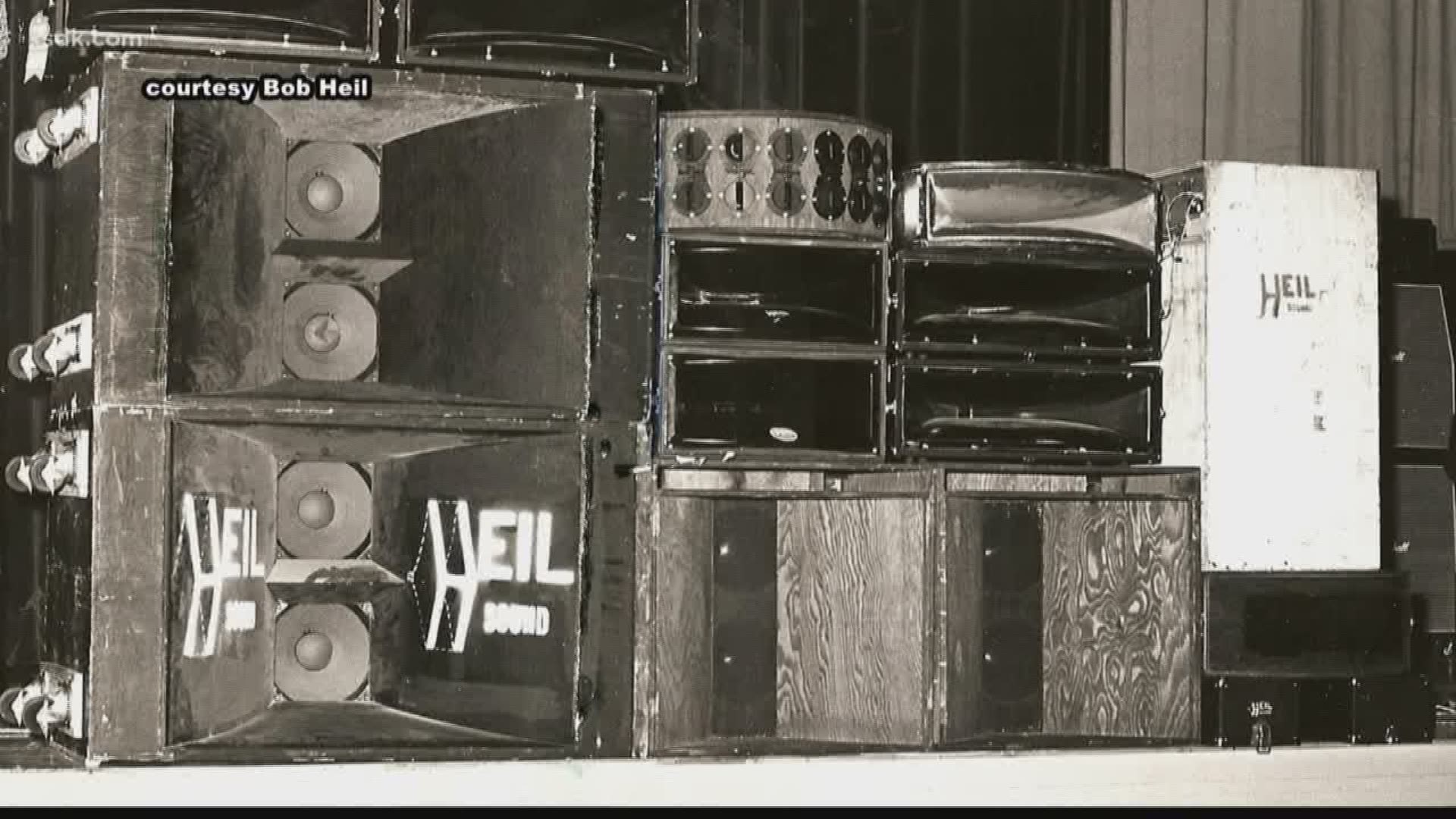 Bob Heil remembers asking Dan Aykroyd if he'd say hello to his wife, who was a fan.

“He said, 'What's your name?' I said 'Bob Heil'. He said 'Bob Heil… you're the guy who did the talk box!' He said, ‘Congratulations and thank you for your contribution to the music industry.’”

There are excellent reasons that sound engineer Bob Heil of Fairview Heights and Marissa, Illinois, has a display at the Rock and Roll Hall of Fame.

And then there's the talk box.

Just ask Joe Walsh or Peter Frampton about Heil and his talk box innovation. The talk box Frampton made famous was a Christmas present from Frampton's wife Penny McCall, courtesy of Heil's design.

"So I sent Penny McCall a talk box," Heil said. "I don't even have to tell you the rest of the story, 'cause he does it quite well. And all of his interviews, he's very gracious and I appreciate it. He always gives me the kudos of building that and giving that to Penny, because it did make his career and he learned how to use it very well."

Heil's life changed forever on a night in 1970 at the Fox Theatre.

The Grateful Dead arrived in St. Louis without their sound equipment, which had been confiscated in New Orleans. Heil found himself on the phone with Jerry Garcia, the Dead's guitarist.

"Jerry said, 'You have all this gear, man. What kind of amplifiers do you have?' I said 'They're MacIntosh.' 'You have MacIntosh amplifiers?' I was just building a big hi-fi system, I didn't know. And so we took it up there that night and it was an amazing night," Heil said. "We went on the rest of that tour and we hit the front page of Billboard Magazine, that this little music shop in Marissa, Illinois, got the Grateful Dead contract."

After he improved the Grateful Dead's concert sound, rockers from all over the world sought out Heil -- although he didn't know most of them.

He remembers one conversation he had with the legendary English rock band The Who.

But despite not initially knowing who he was, Heil found himself brainstorming with The Who's Pete Townsend in 1973.

"(Townsend) said, 'I'm thinking about something... Do you think you could build a sound system that we can move Roger's voice around an arena?'"

Heil ended up designing a custom mixing board for The Who's 'Quadrophenia' tour.

"It was a marvelous time for everybody because nobody had done that and the sound was incredible," Heil said.

To this day, superstar clients from Stevie Wonder to Carrie Underwood to Charlie Daniels recognize Heil microphones as the gold standard. He recently sold more than 300 mics to SiriusXM Satellite Radio.

All made possible because a young man who loved ham radios, sound systems and satellite dishes became a Rock 'N' Roll sound pioneer with creativity and imagination.

"Nobody really knew what was going to happen. We were just doing it because it was fun," he said. "And as it turned out, some of these groups would become magnificent."

And so did Bob Heil.