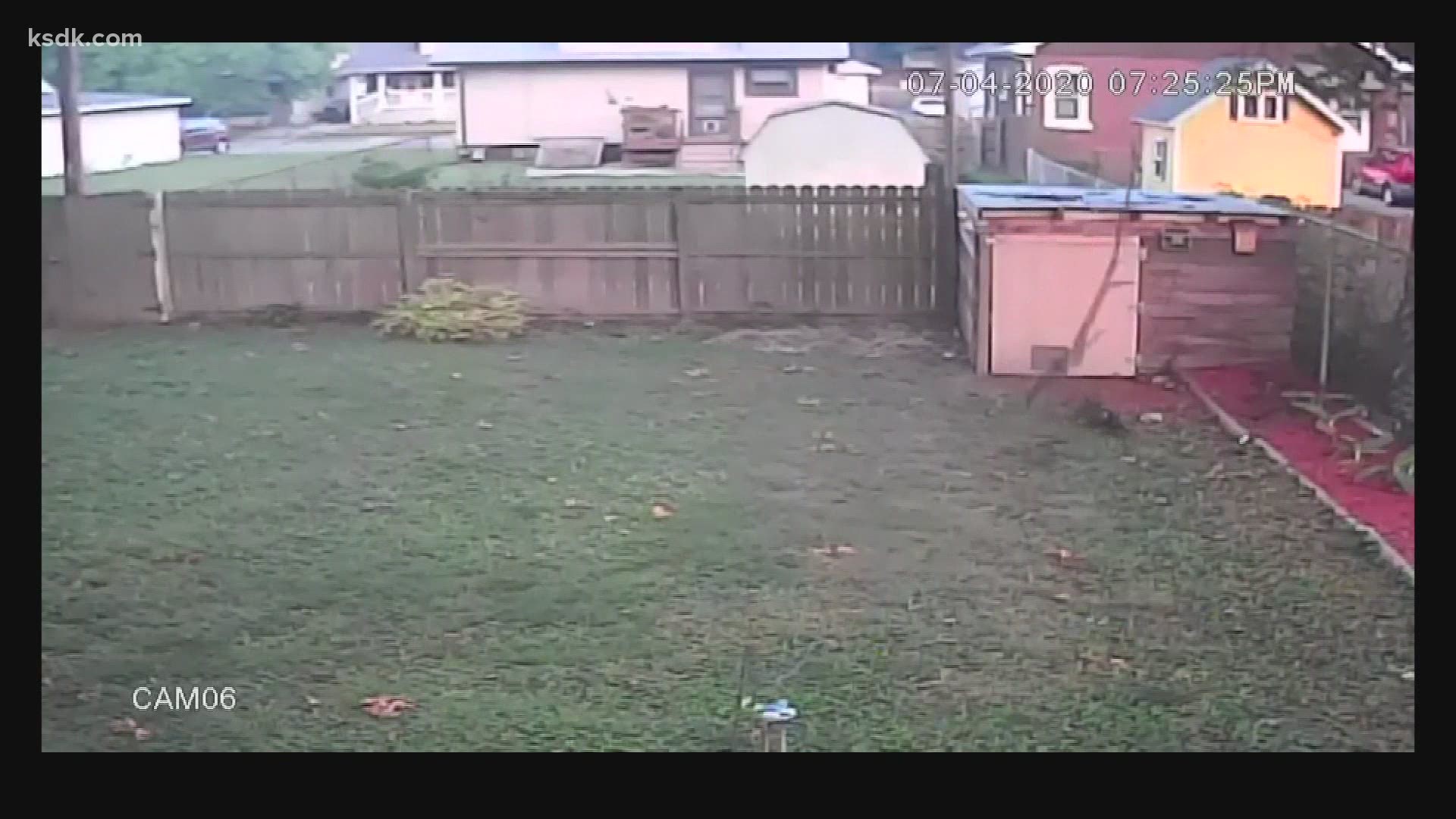 Toby, the 4-year-old miniature pinscher, was even hospitalized in 2017 after being hit by a branch.

"I started crying then and I'm crying now. [Toby] can't keep going through this," Kerber told us in 2017.

Kerber's surveillance video showed Toby getting struck across the back by a large dead branch that fell randomly one calm Summer day in July.

"I can't have people over at my house. It's going to kill somebody, it's going to kill a human, a kid, an animal. Something has to be done. We can't continue to live like this," said Kerber.

"I seen her post about the little puppy dog getting hurt. I got a soft spot for little dogs. I got a little puppy dog too," said Lance Howard. Howard owns Madcow Outdoor Service. He says once he saw our story, he knew if something wasn't done, the situation could be deadly.

"This is definitely one of the biggest oak trees I've ever seen. When they're this big, the leaves on them just act like a sail. So when you got a branch that's 60-70 feet long and it's catching all the wind, it will break it with no problem," said Howard.

As part of his 'Trees for Hero's' program, Howard says he does one free tree job a month for veterans or first responders. When he found out Kerber was a former first responder currently undergoing Chemotherapy, Howard offered his services at no cost.

"Let's not fool ourselves, I can't afford to do it. I just do it. Me and the guys, it makes us feel good when we do it," said Howard.

Kerber previously received estimates for trimming the tree ranging from $1,500-$2,500. It's money she says she doesn't have, which makes her all the more grateful for Howard's help.

Friday morning, Madcow Outdoor service was burglarized. Owner Lance Howard told the I-Team more than $50,000 worth of equipment was stolen. Howard said he does not currently have insurance, and cannot work without his equipment. Howard is offering a $5,000 reward for information on the theft. He has also set up a gofundme page to help recoup some of what was lost.

The source of the problem

The large oak tree sits on the property next to Kerber's. It shouldn't even be her problem, but the home next door on Madison avenue is abandoned. It's been up for tax auction after the owner passed away and her family failed to pay taxes on the property. That means the tree, and yard have been left to grow wild and unchecked.

When the I-Team visited the property in August, the backdoor was kicked in and glass and debris littered the yard. Kerber reports seeing homeless people coming and going from the house at all hours.
Yet it was still the tree branches that worried her most.

Over the years, she says fallen branches have caused electrical fires, causing her on one occasion to be displaced from her home for two weeks. She says a branch also fell onto her fence in 2015, causing significant damage. All that in addition to the threat posed to Toby.

The tree was issue the I-Team believed was on its way to being handled by Granite City when we first became involved in 2017.

Back then, Granite City Alderman Dan McDowell spoke on camera about how he would work to get the property condemned so the tree could be removed. We were surprised to get a call from Kerber this summer to hear that McDowell no longer answered her calls, and the tree situation hadn't changed.

For weeks we tried to contact McDowell. Despite multiple calls, texts and even a visit to his home, McDowell has avoided us. He continues to avoid Kerber, his own constituent as well.

"It's sad, Alderman Dan McDowell cowardly hid but still he's collecting a paycheck and not even doing his job. Shame on you. Shame on you," said Kerber.

Howard and his crew of six workers hauled a truck load of large tree limbs off Kerber's property late last month. It took half a days work. By the end, dozens of limbs the size of logs were loaded up and driven away by the Madcow crew.

"Definitely enough to put anyone in the hospital or maybe end their life even," said Howard.

Howard's generosity has given Kerber part of her life back.

"I can't wait to have a garden, I can't wait for Toby to be able to play with his toys out here. And it's all thanks to you guys," said Kerber. 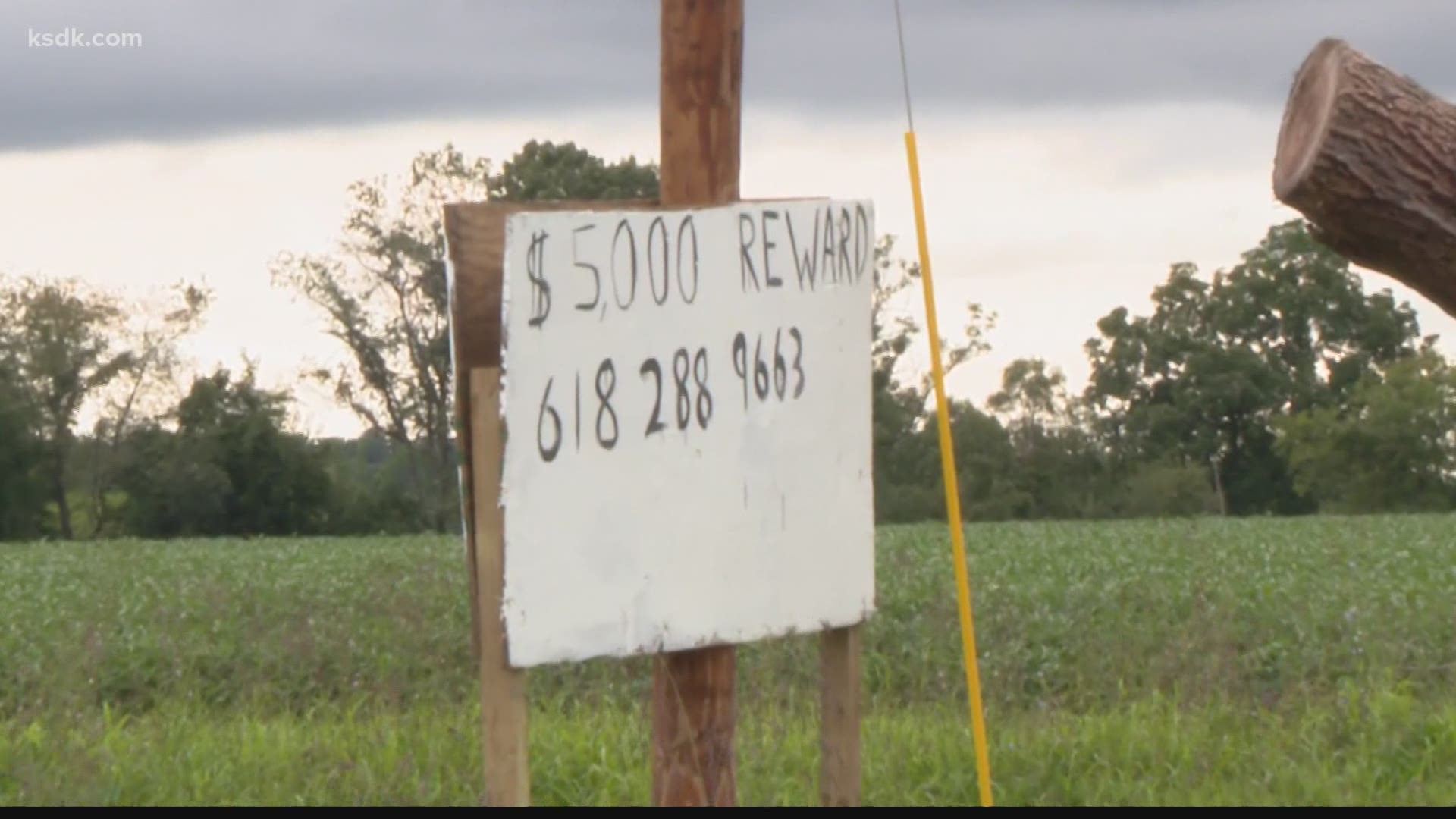