A Title IX petition says the district let a teacher with a history of complaints from students stay. David Shapleigh went on to teach at a local Christian school 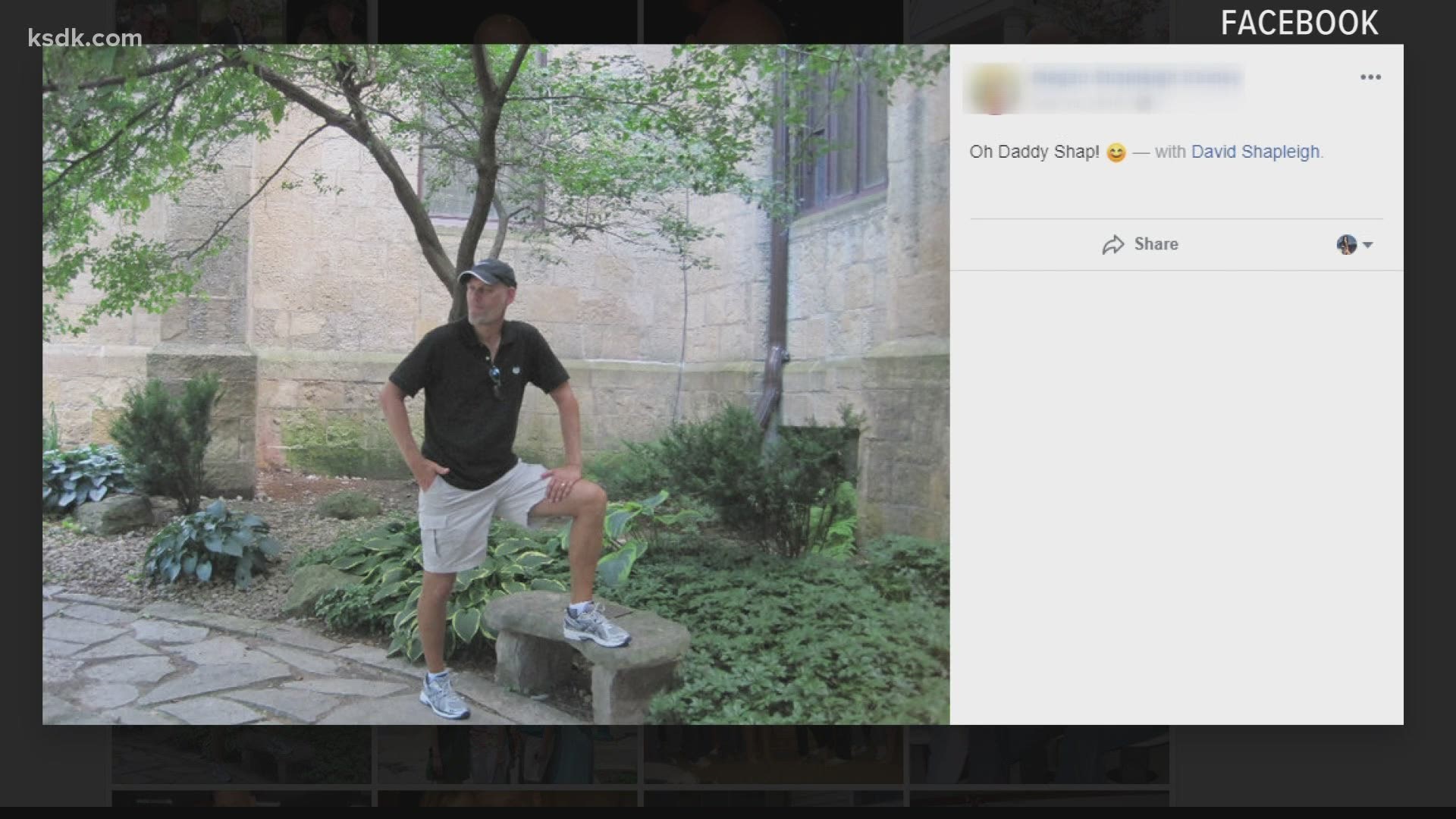 KIRKWOOD, Mo. — A federal sex discrimination lawsuit filed Wednesday accuses the Kirkwood School District of being responsible for a former student’s alleged abuse at the hands of a teacher in 1984 and 1985.

The lawsuit calls the teacher, David Shapleigh, a “state-created danger.” Former student Carol Hotze Hermann claimed that KSD had reports that he sexually abused students before she even met him. As a teenager, however, all she says she knew was that Shapleigh appeared obsessed with her.

"He was paying attention to me, that felt special. He was passing me notes and they were like love notes," said Hotze Hermann. "There was the hand on the lap in the car. There was the secrets of not telling. Like, 'We'll tell when you're 18 years old. I can't wait til you're 18!'. But I was 16 at the time."

The events she describes in the petition include sexual contact between her and Shapleigh when she was a student, both on KSD property and at his apartment.

One day after practice, Hermann says the coach took her to his apartment.

"I remember him saying his roommate had left when we got there. He had an amaretto bottle and whiskey and he made drinks. I remember thinking 'yeah no...ugh whatever.'" said Hotze Hermann. "Then he forced himself on me. And he's a tall man."

She says that's when he sexually assaulted her.

"I remember being extremely grossed out while it was happening and staring at the ceiling. I mean, it's just like is burned into my mind exactly what that was like. I was so numb," said Hermann. She told the I-Team that someone told her the same teacher targeted another student after she graduated.

Hermann’s lawsuit says that KSD failed its requirements under Title IX, alleging that the abuse she says she experienced violated KSD’s responsibility to provide “an educational environment free of sexual abuse, harassment, and discrimination.”

Hermann says that she repressed memories of the abuse until they were uncovered in therapy in 2018, well after the statute of limitations expired for the criminal accusations she makes.

The I-Team spoke with several of Hermann's classmates from around the time of the alleged abuse. At least three classmates who did not know Hermann personally, say they witnessed inappropriate behavior between Shapleigh and Hermann. One former student, Shari Eiesland, recalls seeing the two pass notes and flirt in the hallway.

"There were definitely times where i saw them together. Her going into his classrooms. She got a ride to (soccer) practice with him, she got a ride home ... those things wouldn't happen today," said Eiesland.

"There was no doubt in my mind they had a relationship going on for sure," said one classmate who wanted to remain anonymous.

The lawsuit estimates that more than 25 KSD employees have been accused of sexually harassing students in the last 40 years, and accuses KSD of covering up the abuse by letting employees resign after complaints and not reporting any allegations of abuse to police.

"Sometimes there is that worry that 'oh my god this scandal is going to ruin us' and they want to keep it quiet instead of putting kids first turns into district self preservation over kids," said Grant Boyd, an attorney representing several former Kirkwood students who claim they were abused by school staff.

The lawsuit seeks a jury trial and legal fees. But Boyd says the ultimate goal is much broader.

"[The survivors] want to ensure this type of behavior does not continue into the future and to make sure that there's not this kind of pass the trash going on to where teachers are quietly allowed to resign without anything in their employment file and then go to another district," said Boyd.

At the end of August, KSD announced that it had hired Encompass Resolution to independently investigate claims from students that the district overlooked complaints and concerns about inappropriate teacher relationships with students. The district said the report will be ready in December.

The I-Team attempted to contact Shapleigh, who is named in the lawsuit, for a comment. He has not responded to email or phone requests. There have been no criminal charges filed against him.

Kirkwood police have received reports and are investigating allegations against at least one other Kirkwood School District teacher for events in the 1990s.

When asked about the status of Shapleigh's teaching license, a representative of the Missouri Department of Elementary and Secondary Education wrote that he holds a "lifetime" certificate to teach and that he has not been the subject of any disciplinary action. He taught at Kirkwood schools until 2015.

"This morning, we received notice of a lawsuit filed by a graduate of the Kirkwood School District regarding allegations from 1984 to 1985.

"Mr. Shapleigh was employed as a math teacher and soccer coach from January 1984 until his retirement from the District in May of 2015. He continued to serve as an assistant soccer coach until 2017-2018."

Until recently, Shapleigh was listed on the website of Westminster Christian Academy, a private school in Town and Country, as a teacher and coach.

In a statement sent at the end of July, Barrett Mosbacker, head of school at Westminster Christian Academy, wrote:

"Westminster Christian Academy has been made aware of Facebook allegations regarding one of our staff members. Student safety is of paramount importance to Westminster Christian Academy. We initiated a review of the matter and contacted authorities within hours of notice of the Facebook posts. While we are limited on our ability to discuss personnel matters, we can assure the community that the staff member is not currently in contact with students. Please be assured that we conduct background checks during the on-boarding process for all employees. In addition, we have not received any complaints from current or former Westminster students or staff regarding this particular staff member."

When the I-Team followed up after the lawsuit was filed, Mosbacker wrote today that Shapleigh “is no longer employed at WCA.”