"He called me to the rec-yard and said 'I got something I need you to do for me. I want to know if you would take a hit.'" 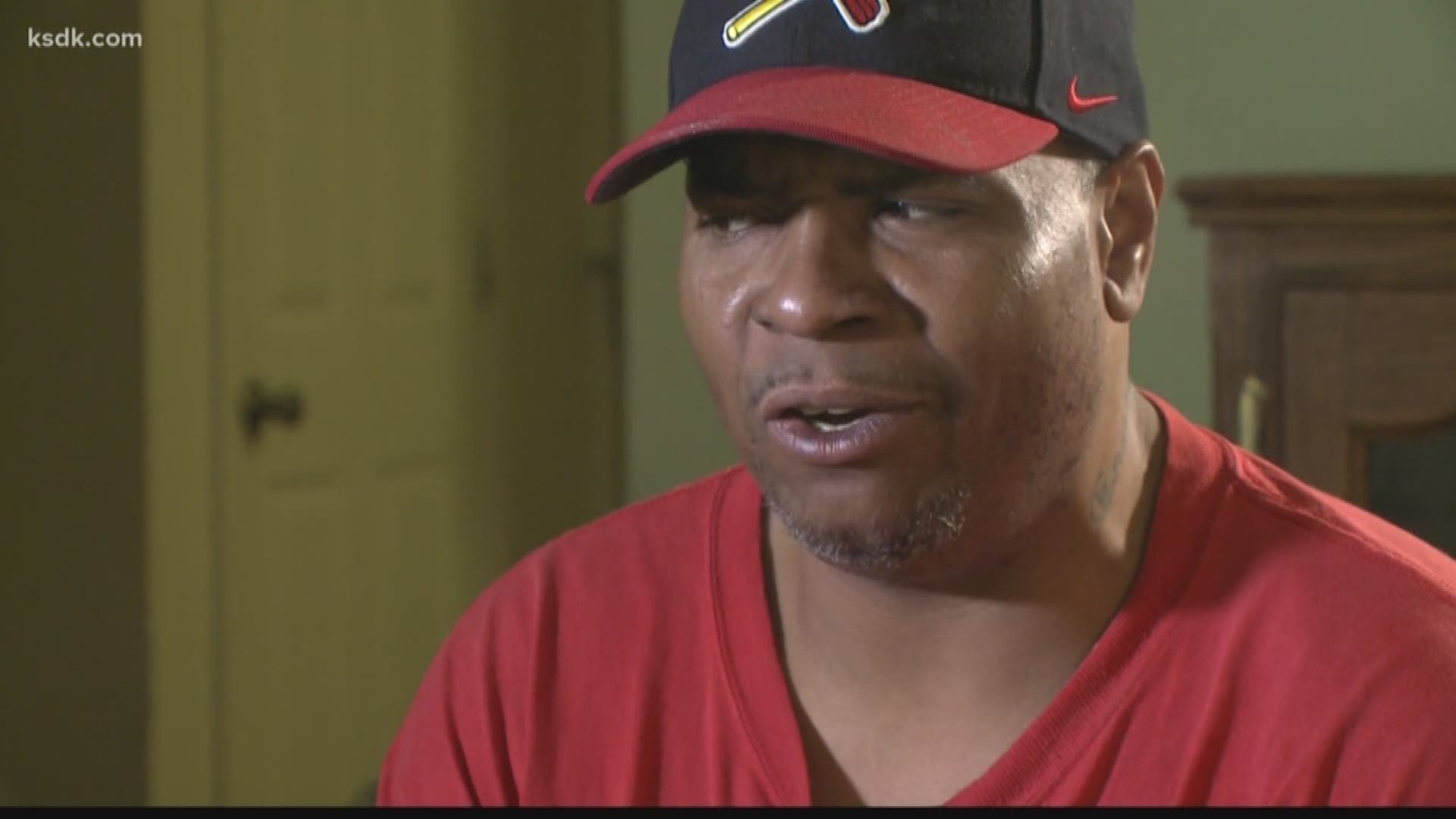 ST. LOUIS — It's a case that reads more like a movie script than real life.

Prosecutors say a former elementary school teacher, behind bars for allegedly molesting one of his students, hired a hitman to kill the child and his family.

Now both the teacher and his boyfriend/accomplice are behind bars.

And the man hired to do the hit is speaking out.

Jail isn't a place anyone wants to be. John White included.

"They put murderers together with traffic tickets. Wherever they have room at they stick you," said White.

He's not a career criminal, but no boy scout either. On his record are a string of offenses. A 2014 burglary tops the list.

"I haven't had much. No big crimes or anything," said White.

But when White found himself behind bars on a probation violation in February, the big crime found him.

"He called me to the rec-yard and said 'I got something I need you to do for me. I want to know if you would take a hit,'" said White.

Taylor was in jail charged with molesting a student at Lusher elementary school in 2015.

Turns out, that little boy was still on Taylor's mind and — as police would soon discover — on his hit list.

The I-Team uncovered Florissant Police failed to investigate the molestation accusation. For three years, Taylor taught in several local school districts. It wasn't until the child reported the assault again in 2018 that Florissant police finally questioned Taylor and found his DNA was a match to samples taken from his former student's body.

"He told me that it was a 10-year-old boy and his mother and grandmother and I kind of got interested like 'Are you serious? You want to hurt a baby?'"

White didn't want to believe Taylor was serious. Then he got the note.

"That Saturday, he pushed a note up under my door. And I couldn't believe it. When I opened up the note, it had the victim's name, phone number, address, social security number, driver's license number, everything," he said.

I-Team: did he describe what he wanted you to do specifically, how he wanted them killed?

"The only specific part he asked was that it looked like an accident. Maybe carbon monoxide poisoning. Or either start a fire when everybody was asleep. And try to put it on the kid playing with matches."

Even though he had ten kids of his own, White said he agreed to kill the little boy and his family.

"I felt like if I didn't do it, he would have gotten somebody else to do it."

I-Team: how much was he going to pay you?

I-Team: Where was Taylor going to get the money?

"The school. The school was paying him. He wasn't fired. He was on paid leave."

Turns out Taylor, while facing charges in jail, was still collecting a paycheck from the school district.

Before White was released, he said Taylor gave him a name and phone number.

"He told me that Mike was his 'ride or die'," said White.

According to prosecutors, Taylor's 'ride or die' was his longtime boyfriend, 66-year-old Michael Johnson.

According to his Facebook profile, Johnson worked as Choir Director at the Metropolitan Missionary Baptist Church of Jennings. White said Johnson was also helping Taylor gather information about his child accuser.

"What I gather from it is that Michael [Johnson] was going to court and he was describing how the mother and the grandmother look. I think he was watching their house," said White.

Days after White was released from St. Louis County jail in February, he contacted Johnson. Their first meeting was in a parking lot in north city.

"He's just saying 'I appreciate you doing this because Deonte needs to be home' and 'I want my baby home with me,'" said White. "He handed me the $500, he said uh 'I have to hurry up and get back to church because I'm the choir coordinator.'"

"He had seen me and seen that I was a little chubby and was trying to make small talk and he said 'I know a way to lose all that weight. I went vegan. You can come over and we can do exercises together' and this and that," said White.

White had two choices: take the money and run or sound the alarm. The father of 10 said he never seriously considered taking the job.

"I got a baby that just turned 10. And that's all that was going through my head-this could have been my baby."

He turned everything over to investigators.

"They said they weren't surprised. They've seen everything."

St. Louis County police took it from there, and prosecutors found enough evidence to charge both Taylor and Johnson with conspiracy to commit murder and witness tampering.

"Upon them bringing him into the police station I think he seen my face and he says out loud 'Oh he told on me'. And I be like 'Wow really? You're confessing already?'"

Court documents confirm Johnson admitted to his role in the murder for hire plot.

White admits he could have used the money. White says he's currently homeless and splits his days between his mother's apartment and a local homeless shelter.

But ultimately, White says he has no regrets going from potential hitman to what some would say a hero.

I-Team: Do you feel like you saved their lives?

"I do because they were very serious. It definitely was divine intervention I have no question about that at all," said White.

After learning that Taylor is HIV positive and charged with recklessly risking the infection of another with HIV, White says he felt he had to speak up.

"With pedophiles, I don’t think at 37 years old he just started this. The best thing that I think that we need to do now is that there are any more victims. Talk to your babies," said White.

A victim's advocate working with Taylor's former student has set up a GoFundMe page to help the child and his family with moving and therapy costs.

White also set up a GoFundMe page to raise funds for his family, as he struggles with finding a permanent place to live.