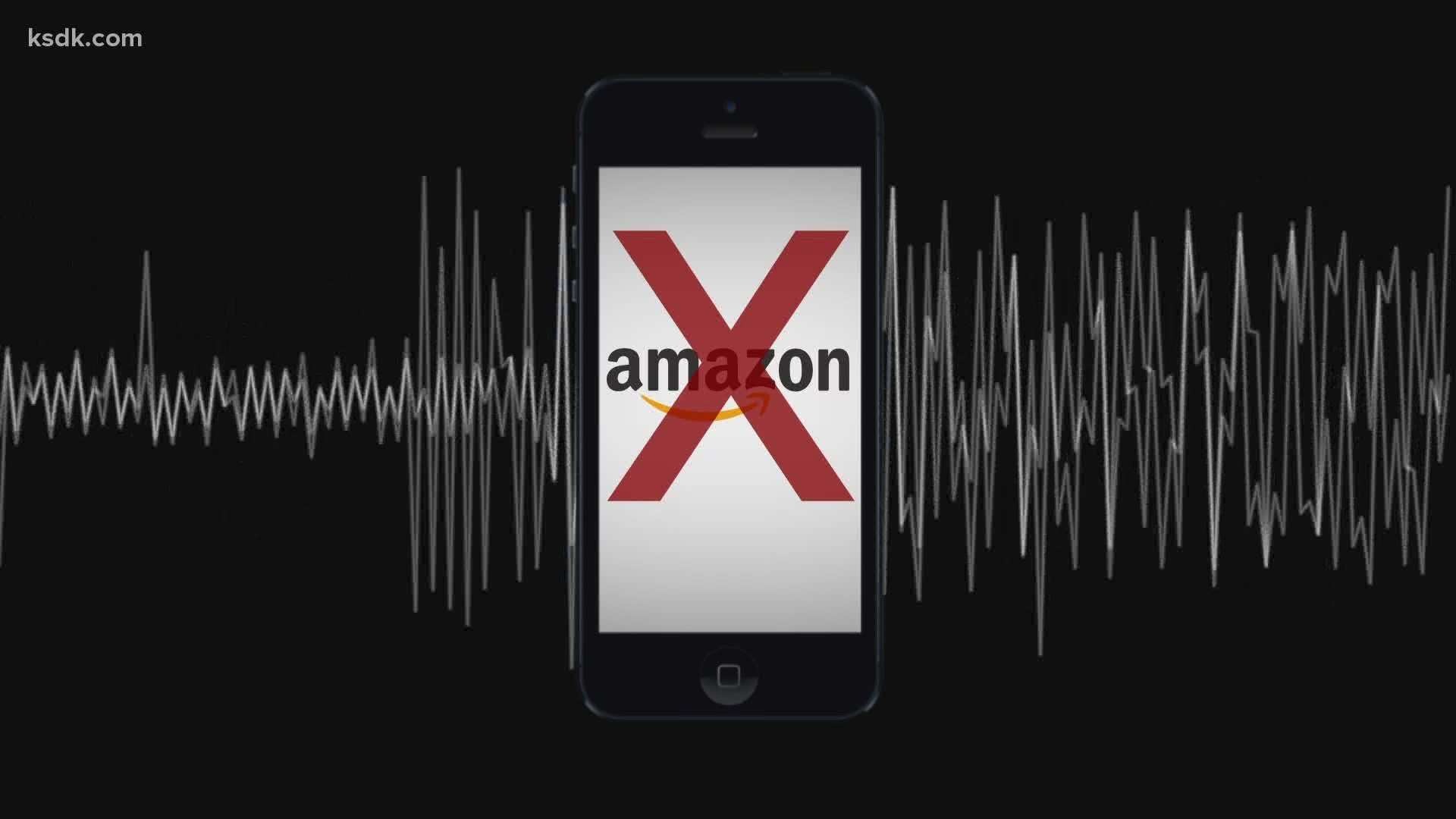 ST. LOUIS — Chances are some of the holiday presents you're giving or getting this year were ordered on Amazon. That's exactly what scammers are counting on.

The 5 On Your Side I-Team has received several tips from viewers about a new phone scam in the area. It appears to take advantage of the rise in Amazon ordering in 2020.

No red suit or sleigh needed, Amazon drivers have become modern-day Santas, bringing the holidays right to your door.

“I sit out here and watch their truck come in and out every day of the week,” said Bill Ward, who lives in St. Peters. He was gifted an Amazon Prime membership for Christmas last year and uses it regularly.

Last month when he suddenly started getting calls claiming to be from Amazon, they got his attention.

“During Thanksgiving Day, there were a total of seven of these calls,” said Ward. “The next day, the same thing all over again. Six more calls.”

Ward said the calls were automated. They claimed there was a dispute on his account over a $700 purchase. He was asked to press 1 to speak to a customer service representative. You can listen to actual actual recordings from one of these scam calls on the Federal Trade Commission's website.

The I-Team heard about these strange automated Amazon calls from several viewers over the last several weeks.

“We are getting a flood of fraudulent automated calls,” wrote one viewer. “One message says there is a large amount charged to our Amazon account.”

Another tipster told the I-Team, "We're getting a call from someone who says they're from Amazon. They say I owe $700. I don't even have an Amazon account."

Here's what's going on. The Federal Trade Commission says con artists are using the name recognition of Amazon and even Apple to get your attention with these scam calls. Ultimately, they’re trying to obtain a credit card number or account password from you.

“Every call, the last four numbers were always different. So you couldn't go in and block them,” said Ward.

Ward, a former police officer, knew speaking up could help save someone else's holiday from these Grinch-like scammers.

“Don't respond to them until you verify someplace that you need to call somebody,” said Ward.

Bottom line: if you get a call from Amazon or Apple, hang up.

Both companies say they will not call consumers unsolicited.

If you do get a scam call like this, let the FTC know by reporting it at https://reportfraud.ftc.gov

5 On Your Side Investigations: