The boy's body was pulled from the lake at around 8:45, about an hour after he went under the water 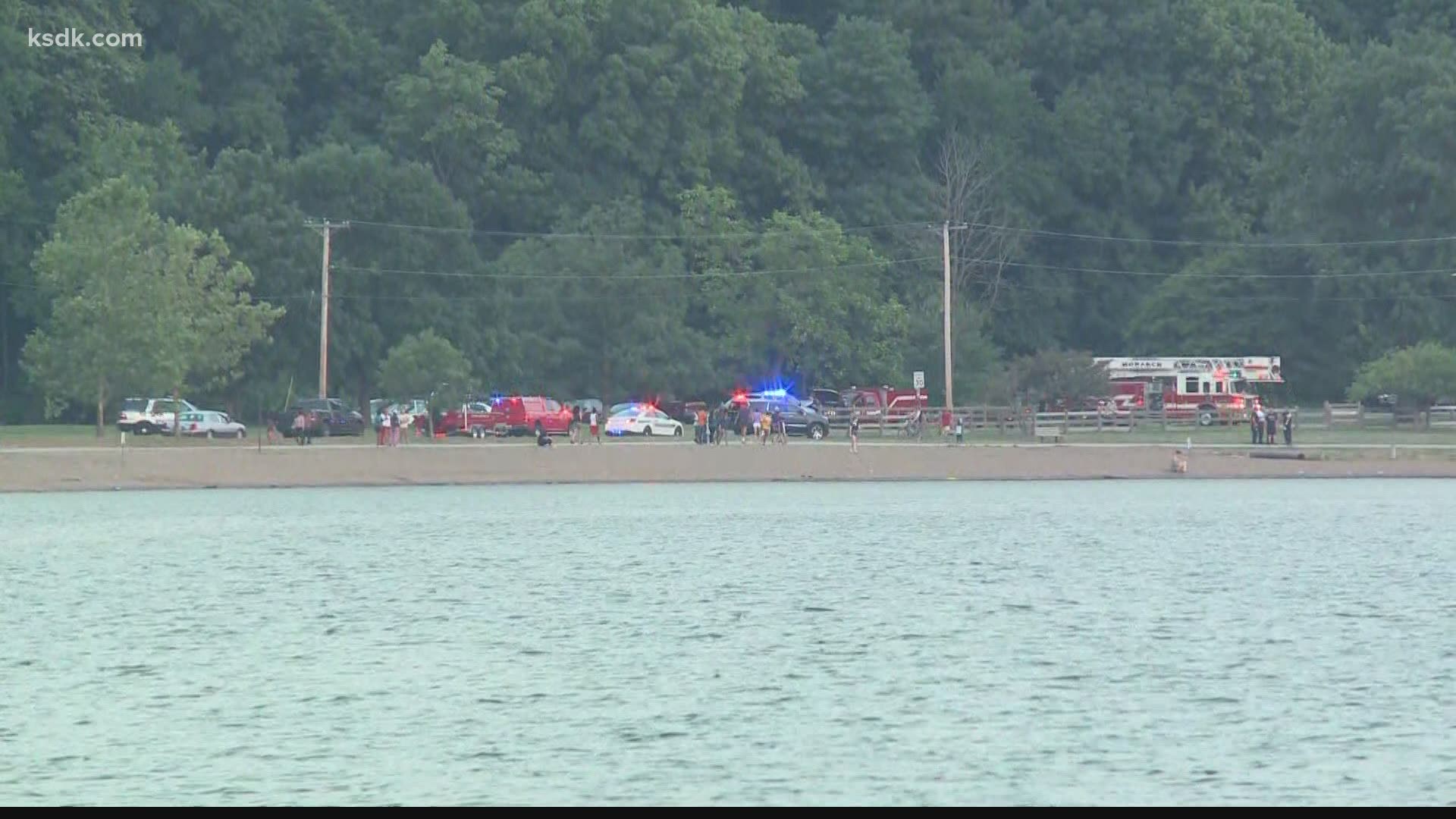 MARYLAND HEIGHTS, Mo. — The body of a 14-year-old boy was pulled from Creve Coeur Lake Park about an hour after he went under the water and didn't resurface Thursday evening.

Captain Robert Daus with the Maryland Heights Fire Department said the boy went under the water at around 7:30 and hadn't been seen since. At around 8:45, the fire department confirmed that his body was pulled from the water.

This is the fourth drowning in the St. Louis area in less than a week.

On Tuesday, a woman drowned on the Big River in Washington State Park.

According to an incident report from the Missouri State Highway Patrol, she was wading in the water near the boat access at Washington State Park when it became too deep. Her foot slipped and she went under the water.

She was the third person to drown in the Big River in less than a month.

Hours later, a man drowned in the Meramec River near Sherman Beach Park.

The man went under the water and never resurfaced Tuesday evening. Multiple boats and divers searched the river near Sherman Beach Park in St. Louis County Tuesday night into Wednesday before recovering what they believed to be his body.