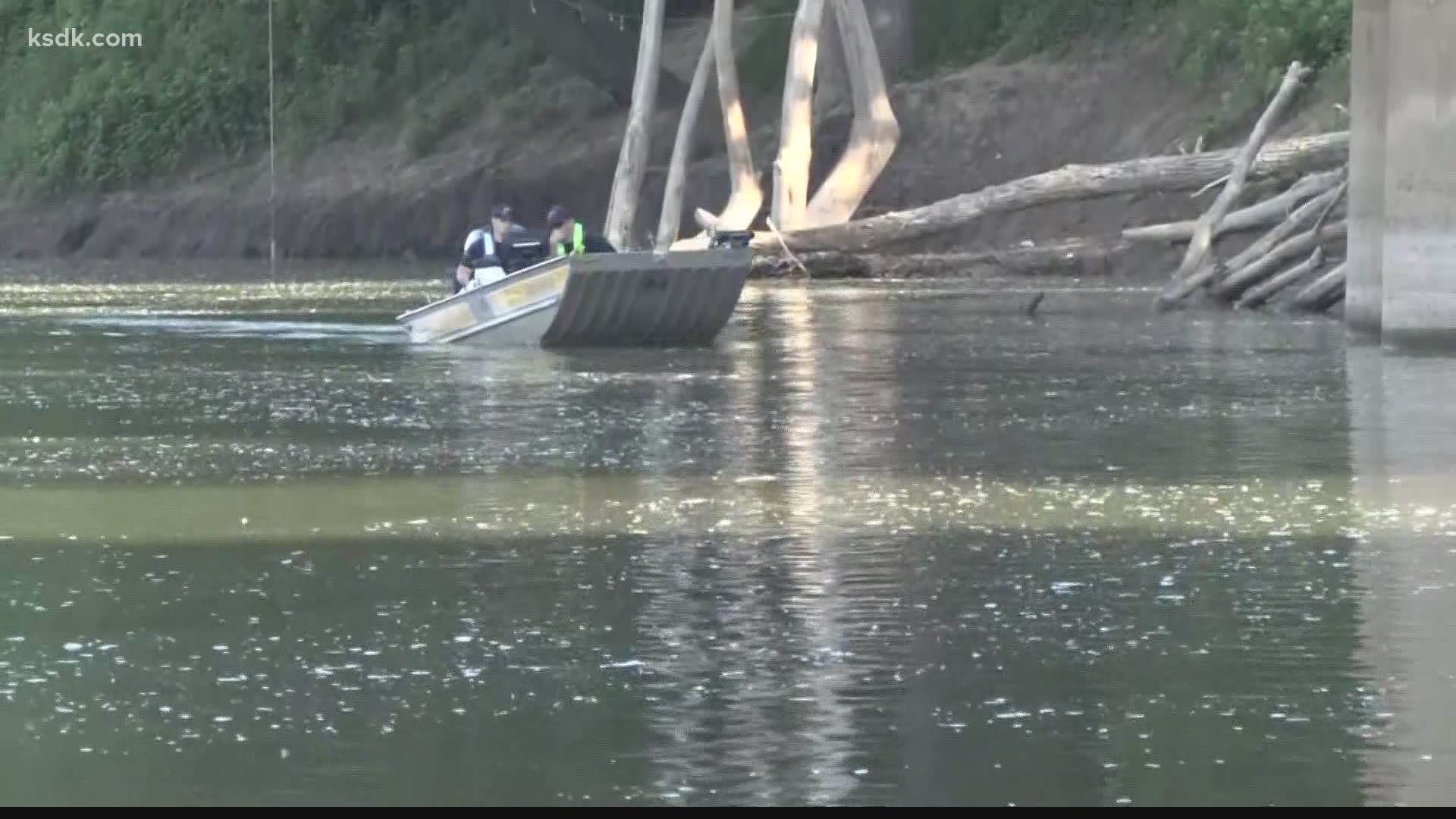 BALLWIN, Mo. — The man who drowned in the Meramec River near Sherman Beach Park was identified Wednesday night.

The man went under the water and never resurfaced Tuesday evening. Multiple boats and divers searching the river near Sherman Beach Park in St. Louis County Tuesday night into Wednesday before recovering what they believed to be his body.

On Wednesday, he was identified as Tarence Johnson, a 34-year-old man from Orvil, Illinois. Orvil a small township north of Springfield.

According to Metro West Fire Chief Mike Thiemann, witnesses said the man was swimming with friends and family near the park at around 5 p.m. when he climbed onto a railroad bridge and jumped off.

Thiemann said witnesses saw the man resurface and swim toward the shore before being pulled under the water. He did not resurface and has not been seen since.

The area where he went under is known to have dangerous undercurrents, Thiemann said.

"Usually the parking lot down here — which only holds 11 cars so it is not a big area — didn't fill throughout the summer, and we have been turning away hundreds of cars from this park in order to avoid overcrowding," Sgt. Cheryl Fechter of St. Louis County Parks said.

Fechter said the county's park rangers have been spread thin trying to keep up with pandemic crowds, as swimmers "found a lot of our out of way parks that weren't too terribly popular before."

Both Fechter and Thiemann emphasized the river's dangers.

"It may look calm, it may look peaceful, it may look shallow, but within a matter of inches to feet that can change," Thiemann said. "Anytime you are near a natural body of water like this, the river bottom changes very dramatically. It’s very often that people will think 'oh I know this area and I can swim here.' Unfortunately, you just don’t know the area. You don’t know the changes."

The St. Louis County Police Department had four boats and three divers in the water searching for him. Metro West Fire Department and Metro Air Unit were helping with the search, but Thiemann said his department suspended its search for Tuesday evening and turned the operation over to the Missouri Highway Patrol's Water Patrol.

The highway patrol told 5 On Your Side crews believe they located a body in the river through sonar technology and are preparing to recover it.

This is a developing story that will be updated as 5 On Your Side confirms new details.

This is the second drowning in the St. Louis area Tuesday. A woman drowned and a male swimmer had to be rescued from the waters of the Big River at Washington State Park near Potosi, Missouri, Tuesday afternoon.

A spokesman for the Missouri State Highway Patrol said their water patrol officers were sent to the park for a water rescue at around 3:30. The woman's body was pulled from the water and she was pronounced dead on the scene.

She was identified as 67-year-old Monica Boyer of Cadet, Missouri.

The male swimmer received medical attention from first responders after being pulled to the shore.