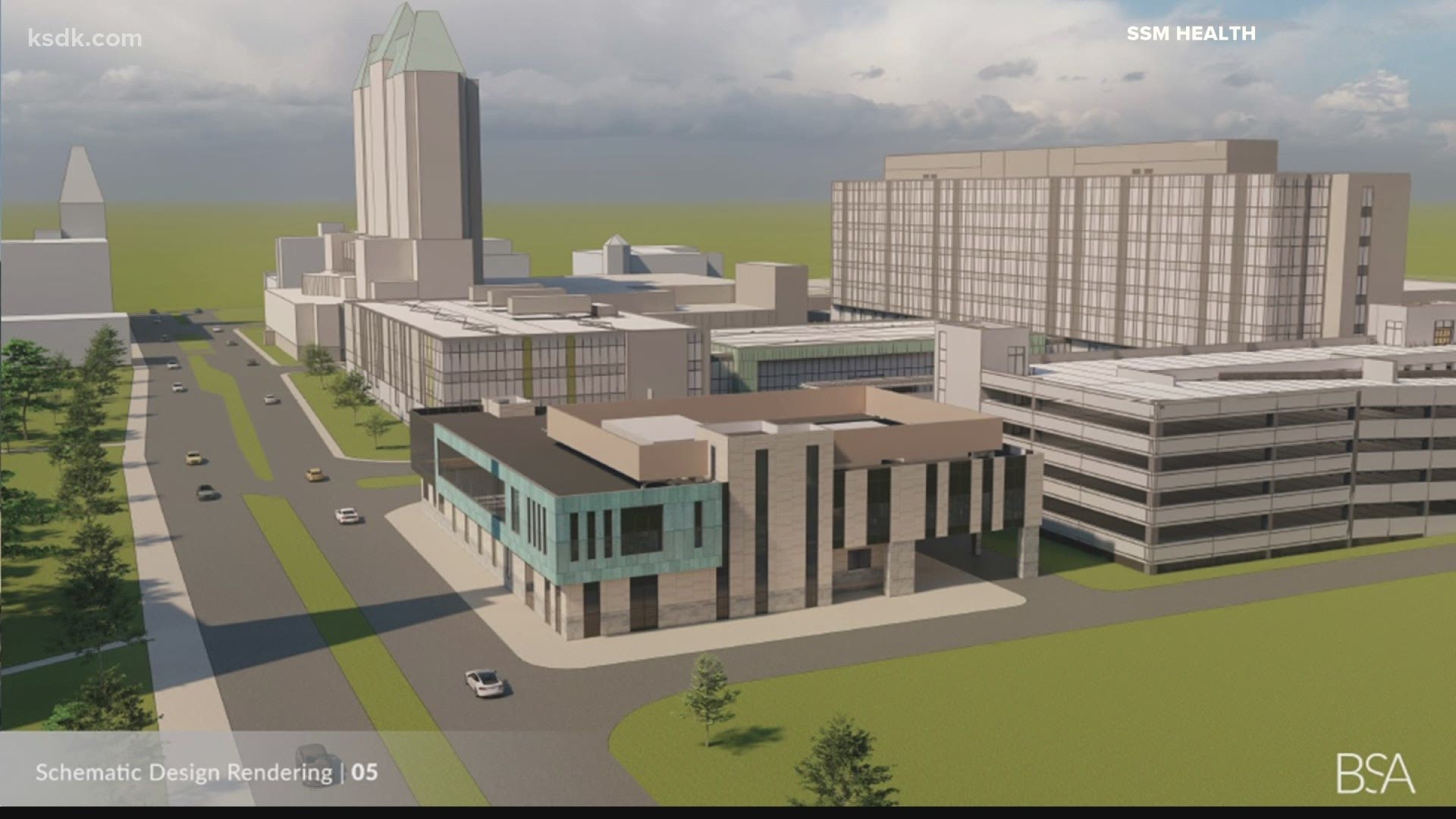 Construction on the project will begin this fall with an anticipated opening set for January 2023, officials said Tuesday in a release. The expansion is underway via a partnership between SSM Health SLU Hospital, the Saint Louis University School of Medicine and SLUCare Physician Group.

The surgery center will be located at the corner of LaSalle Street and Grand Boulevard, across from the main entrance of the new SLU Hospital, which was completed last September for $550 million.

The new surgery center will feature:

The new surgery center will connect to the main hospital through the blue Center for Specialized Medicine tunnel.

Officials said the three-story structure will replace SSM’s South Campus facility, located at 1755 S. Grand Blvd. The future of the existing South Campus facility hasn't yet been determined, however staff there will be moved to the new ambulatory surgery center as it will take over the old facility's functions, SSM Health SLU Hospital Communications Manager Kristin Bidwell told the Business Journal.

BSA LifeStructures will be the architect on all phases of the project, however bidding for a general contractor hasn't yet begun, according to Bidwell.

The nonprofit health system is paying for the $25 million new center from its general budget, and SSM approved the expenditure last week, she said.