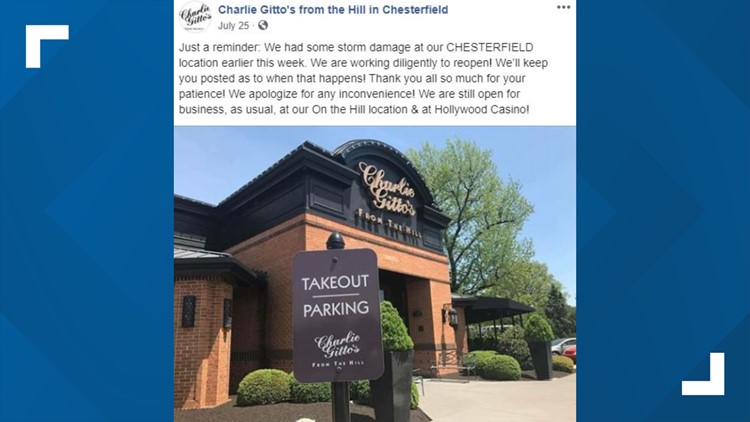 CHESTERFIELD, Mo. — Charlie Gitto’s is shutting down its Chesterfield location, the family confirmed with 5 On Your Side.

The restaurant in west county has been closed since suffering severe damage during a storm on July 22.

‘The storm was so severe, rainwater came through the roof, damaging the entire restaurant,’ the restaurant shared on Facebook back in August.

Charlie Gitto Jr. said they have no choice but to close. Gitto added that they’ll be taking up the matter in court while also looking for other possible locations in west county.

Gitto said the closure will cost 100 people their jobs. He said it was sad and devastating news for both the employees and the company to receive just two days before Christmas.

Charlie Gitto’s From The Hill was located at 15525 Olive Boulevard in Chesterfield.

The other two locations on The Hill and in Hollywood Casino.