The bill has prompted opposition from Gardner and her fellow prosecutors statewide, but garnered support from St. Louis police.

It allows him to do two things:

One, issue a case within 60 days after police apply for charges.

Two, if Gardner has already issued a case, Schmitt can take over the prosecution and even issue additional charges.

But, Senate Bill 889 does not apply to every case.

It is just for first and second-degree homicides as well as a newly-created category of crime the bill calls “vehicle hijacking,” most commonly known as carjackings. Right now, carjackings are classified as a robbery or some other type of crime that can carry lesser punishments, said the bill’s sponsor, Sen. Andrew Koenig.

Empowering the Attorney General to prosecute cases local prosecutors typically handle is a scenario that has already played out in at least one other city: Philadelphia.

But its effects there have been hard to measure.

“We also have crime epidemic in the City of St. Louis,” Koenig said. “The murder rates have skyrocketed and victims deserve justice.

Koenig is a Republican from Manchester in St. Louis County, but says the city’s crime problem is the region’s problem.

There were 194 homicides in St. Louis in 2019 – putting St. Louis among the highest per capita murder rates in the country.

“A lot of my constituents go to baseball games, hockey games and travel to the city, and they want to feel safe when they go there,” he said. “I hear a lot of people say, ‘I’m afraid of getting carjacked,’ and that’s a shame for our region.”

The Missouri Senate’s Judiciary and Civil and Criminal Jurisprudence Committee held a hearing on the bill Monday, which included spirited debate between prosecutors, police, their supporters and legislators.

Sen. Karla May, D-St. Louis, told Koenig she thought the bill is biased against Gardner because she is the first black prosecutor in the city’s history.

“I have African American children that I’ve adopted,” he said. “I just think we need an all-hands-on-deck approach and maybe they need some help and I think the Attorney General can help.”

Gardner did not attend the hearing and refused to answer questions on the matter, but she issued a statement:

“Public safety in our community, and communities around the state, is a key priority. However, these issues must be addressed at a local level. This bill seeks to usurp the discretion of local prosecutors. Poverty, hopelessness and a virtually unlimited availability of legal guns approved by the legislature over the will of the people fuel crime in our communities, and it is critical that we address the root causes. Unfortunately, the legislature not approving Medicaid expansion - preventing us from addressing key root causes such as addiction and mental health issues - and reducing programs to provide vital services has had a detrimental effect on our communities. In order to improve as a community, we must all work together.”

Schmitt would support the move should it pass the legislature, according to his spokesman Chris Nuelle.

Koenig said a statute defining carjackings as “vehicle hijackings,” will make the crime easier to track.

St. Louis Police Officer’s Association President Jay Schroeder spoke in favor of the legislation. He said he did not see the bill as an attack on Gardner.

“Are we attacking Kim Gardner? No, but we’re losing cases we gave her,” he said. “This is an attack on criminals and making sure they answer for their crimes.

“Murderers are going free and nobody’s doing anything.”

Schroeder listed the names of several homicide victims in which Gardner’s office has yet to charge suspects, including Xavier Usanga and Calvin Hayes.

St. Louis homicide Sgt. Heather Taylor agrees with Shroeder on some of those cases – to a point.

Taylor leads the Ethical Society of Police, a membership organization that represents black officers that is often at odds with the police union.

Taylor said her organization hasn’t taken a formal position on Koenig’s bill, but said she, too, has concerns about Gardner’s office and its ability to prosecute homicides.

“There are close to 50 prosecutors who have left, and if that’s not a concern for them, they’re fooling themselves,” she said. “There are prosecutable cases that were not issued.”

But she was critical of Koenig’s bill.

“I have a problem with the look of it,” she said. “Here you have the first African American prosecutor and you are now wanting to step in? I think that’s concerning and it needs to be addressed.

“When our AG is taking photo ops with the POA that’s concerning. You have to be impartial.”

But Schroeder said he’s never experienced a refusal to charge cases quite like the Gardner administration’s in his 15 years on the force.

“We are the last word for the victims and we have to have some alternate review process,” he said. “If we think something is not where it should be, this will just give us an option to have another set of eyes take a look at it.

“Our reports get reviewed by sergeants, lieutenants and on up the chain, what’s wrong with having another prosecutor look at it?”

Tension between Gardner and the police union has been escalating since she took office in January 2017. She has a growing list of officers on an exclusion list that she forbids from bringing cases to her office and has sued the City of St. Louis along with the police union saying the two entities are working together in a race-based conspiracy to block her efforts to reform the criminal justice system.

Similar tensions exist in Philadelphia, where the police union has taken to the skies to voice their displeasure over District Attorney Larry Krasner.

In July, Pennsylvania’s Republican legislature passed a measure similar to Koenig’s and the state’s Democratic governor signed it into law.

It only impacted certain crimes involving guns. Only in Philadelphia. And only for the next two years.

But, Pennsylvania’s attorney general is a Democrat – just as Krasner is, noted Joseph Regan, legislative director for the state’s Fraternal Order of Police.

So, has crime dropped? Are more cases getting issued in Philadelphia because of it?

While the union supports Pennsylvania Attorney General Josh Shapiro, “politics got involved,” since the passage of the bill.

“Our local DA has taken exception to the AG sticking their nose in the business, so to speak,” Regan said. “But the other dynamic that has occurred is that the federal prosecutor has just come right in said, ‘We’re going to do it on a federal level.’ But personally, I think it put the DA on notice that the AG was aware of him and some of these cases he’s not prosecuting or providing sweet deals on them.”

In the St. Louis area, U.S. Attorney Jeff Jensen has been prosecuting more city homicide cases than the feds have historically done – but in order to do so, a homicide must have a federal crime connected to it.

Jensen’s predecessor, U.S. Attorney Richard Callahan, spoke in opposition to Koenig’s bill during Monday’s hearing, echoing the position of the Missouri Association of Prosecuting Attorneys, which believes politics is the precise reason Koenig’s legislation should fail.

Politics – in terms of the will of the people who elected her, according to the association’s president Tim Lohmar, who is also the prosecutor in St. Charles County.

“The majority of her constituency presumably knew what her reform agenda was and pretty handily elected her,” Lohmar said. “It’s not up to any other entity to question that.

“You can question that every four years at the ballot.”

The organization represents all 115 prosecutors across the state, who agree that any form of “concurrent jurisdiction” as it’s defined in the statute is “bad government,” Lohmar said.

“To anybody who would be frustrated about what may be happening in the city, I can understand those frustrations,” he said. “But at the same time, there should only one way to address those issues and that’s at the ballot box every four years.” 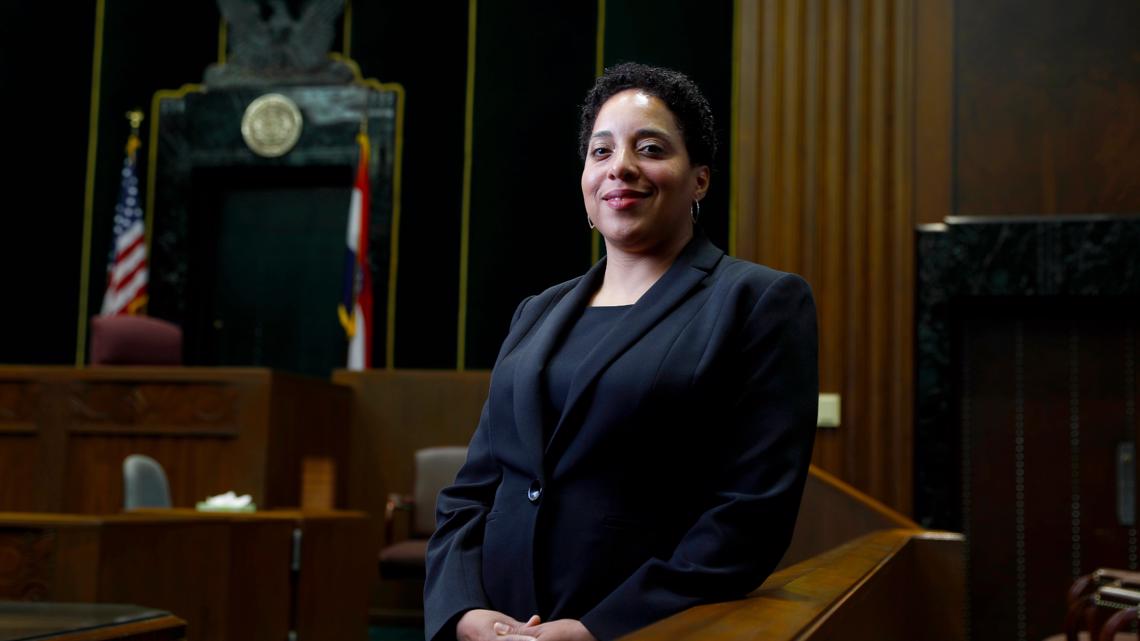 Everything we know about Kim Gardner's tenure
ST. LOUIS - St. Louis Circuit Attorney Kimberly M. Gardner thrust herself into the national spotlight this week by filing a federal lawsuit claiming city officials and the police union are conspiring against her. The lawsuit alleges civil rights violations as well as violations of the Ku Klux Klan Act of 1871.