What the 'Castle Doctrine' means in Missouri

In 2017, Missouri expanded the state’s Castle Doctrine which created a stand-your-ground right 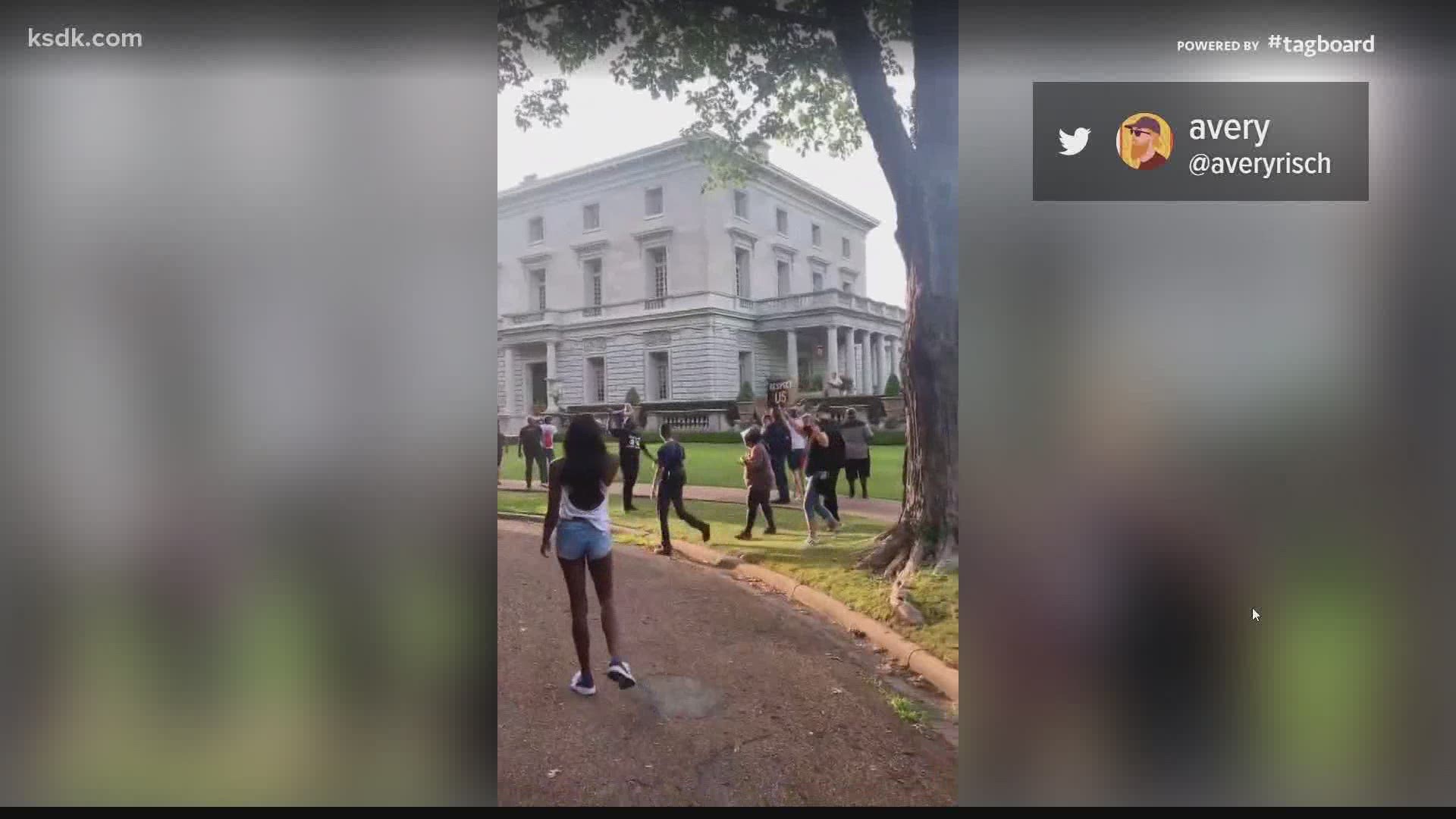 ST. LOUIS — As the story of a Central West End couple who pointed guns at protesters as they marched through their neighborhood last month continues to stir emotion and make national headlines, the discussion over the legality of their actions is front and center.

Videos from the protest showed the man holding a semi-automatic rifle and a woman pointing a pistol at the crowd marching down the street. The videos circulated widely on social media Sunday night.

The couple has been identified as Mark and Patricia McCloskey. Both are attorneys who have defended their actions, saying they felt threatened by the "mob" that broke through the gate to their property and refused to leave. "The only thing that stopped the crowd was my rifle," Mark McCloskey told 5 On Your Side.

But according to Saint Louis University Lawyer John Amman, the couple's actions could possibly be classified as an assault by putting protesters in fear of their safety.

"People have a right to threaten force if they are threatened," Amman said. However, if a group of protesters is walking by a home and not doing anything to the homeowners specifically, then they don’t have the right to threaten lethal force without an imminent threat. 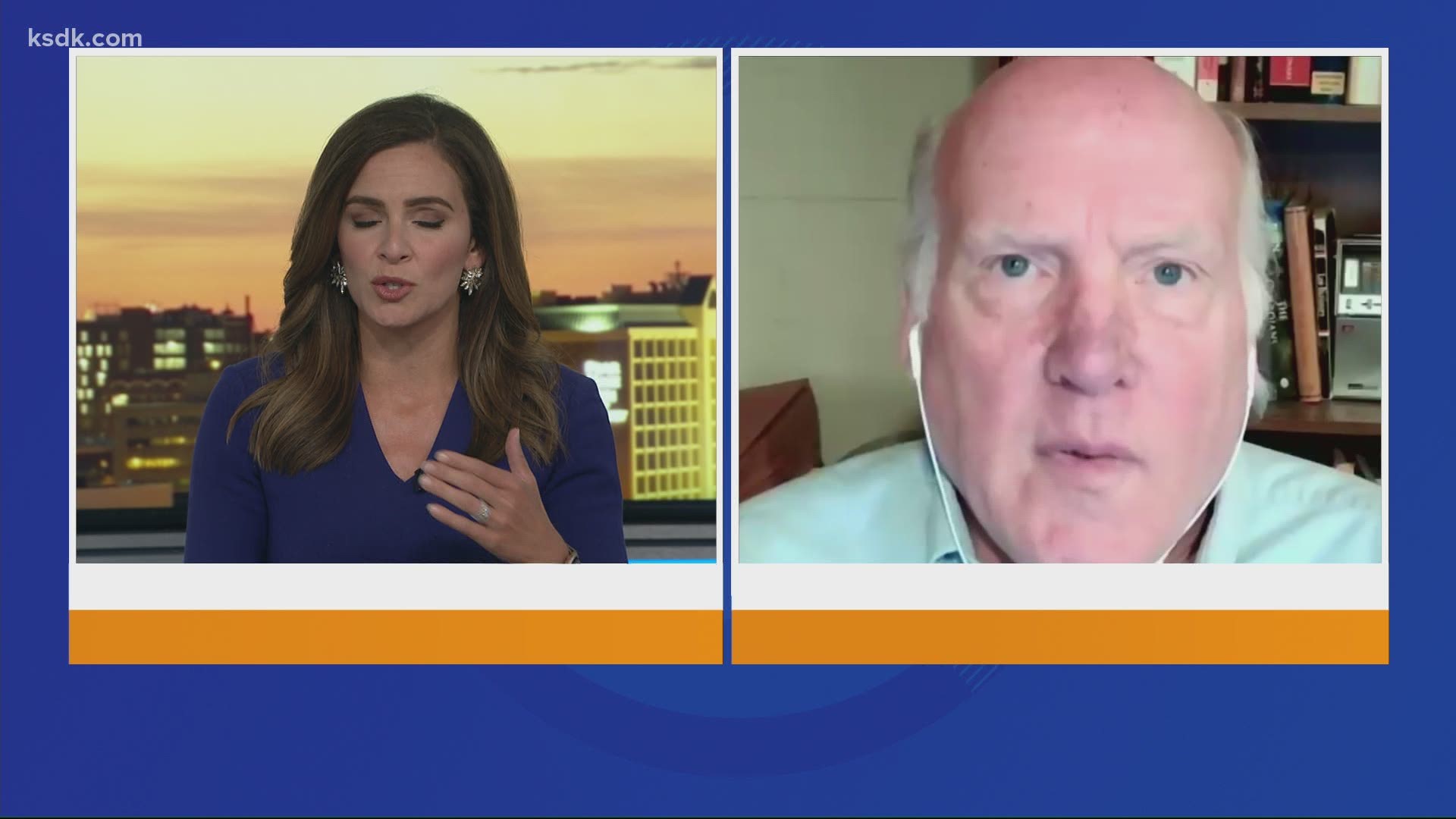 On January 1, 2017, new rules for gun-owners in Missouri went into effect.

One of the changes was the expansion of the state’s Castle Doctrine which created a stand-your-ground right.

The Castle Doctrine is a common law doctrine that allows residents to use deadly force against anyone, based on the notion that their home is "their castle." Basically, if an intruder violates the sanctity of your home, and you believe they intend to do you harm, you should be able to protect yourself or others against an attack.

According to Findlaw.com, Missouri's law is more extensive than those of other states because it allows you to use deadly force to attack an intruder to protect any private property that you own, in addition to yourself or another individual. This means that if someone illegally enters your front porch or backyard, you can use deadly force against them without retreating first.

More specifically, a person does not have a duty to retreat:

(1)  From a dwelling, residence, or vehicle where the person is not unlawfully entering or unlawfully remaining;

(2)  From private property that is owned or leased by such individual; or

(3)  If the person is in any other location such person has the right to be.

Before it became law, the effort to expand these gun rights drew strong opposition from many prosecutors and law enforcement leaders, including the soon to become St. Louis Circuit Attorney, and the then Chief of Police.

“We're lowering the standard. We are creating the perfect storm,” former State Representative Kim Gardner told her legislature colleagues during the veto session last year. Gardner was sworn into office as St. Louis Circuit Attorney in 2017.

RELATED: New law to fight carjackings in St. Louis and across the state

You can read more about Missouri's self-defense laws here.

The laws are very similar in Illinois, where you are legally allowed to defend yourself against someone who threatens your life or enters your home unlawfully.

You can read more about Illinois' self-defense laws here.

RELATED: 'I wasn’t really thinking about the guns' | The photographer who captured viral images of St. Louis protest