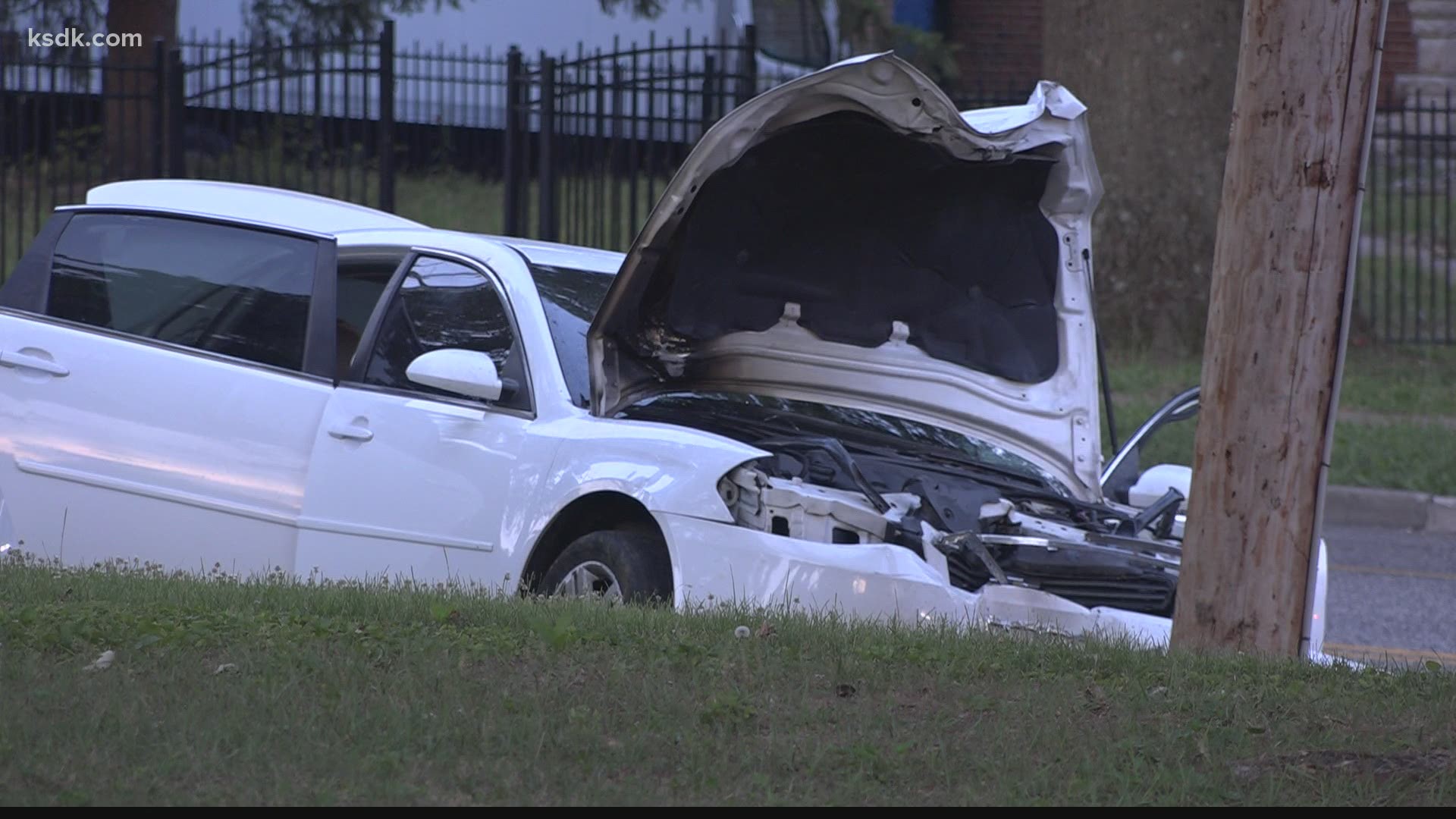 ST. LOUIS COUNTY, Mo. — Police are still trying to piece together what happened after they say a car crash on Bellefontaine Road Friday morning turned into the scene of a murder-suicide.

The St. Louis County Police Department said Angelo Jackson, 28, is suspected of killing 29-year-old Johnesia Murry before shooting himself. The two were in a romantic relationship and lived in Spanish Lake.

The department's North County Precinct responded at about 5:10 a.m. to the 11400 block of Bellefontaine Road for a report of a car on fire with a person trapped inside. Police arrived on scene and found Murry inside a car that had crashed into a utility pole. She had been shot and was pronounced dead at the scene.

Jackson was also in the car. He got out and ran when an officer tried to talk to him. He then shot himself in the head, police said. He was rushed to an area hospital, where he was pronounced dead.

The road was closed in both directions Friday morning as police investigated. It has since reopened.