7 drownings this month prompt first responders to speak out

"The rivers, the waterways, they look very inviting, but they're very dangerous beasts," said Scott Barthelmass with the Eureka Fire Protection District 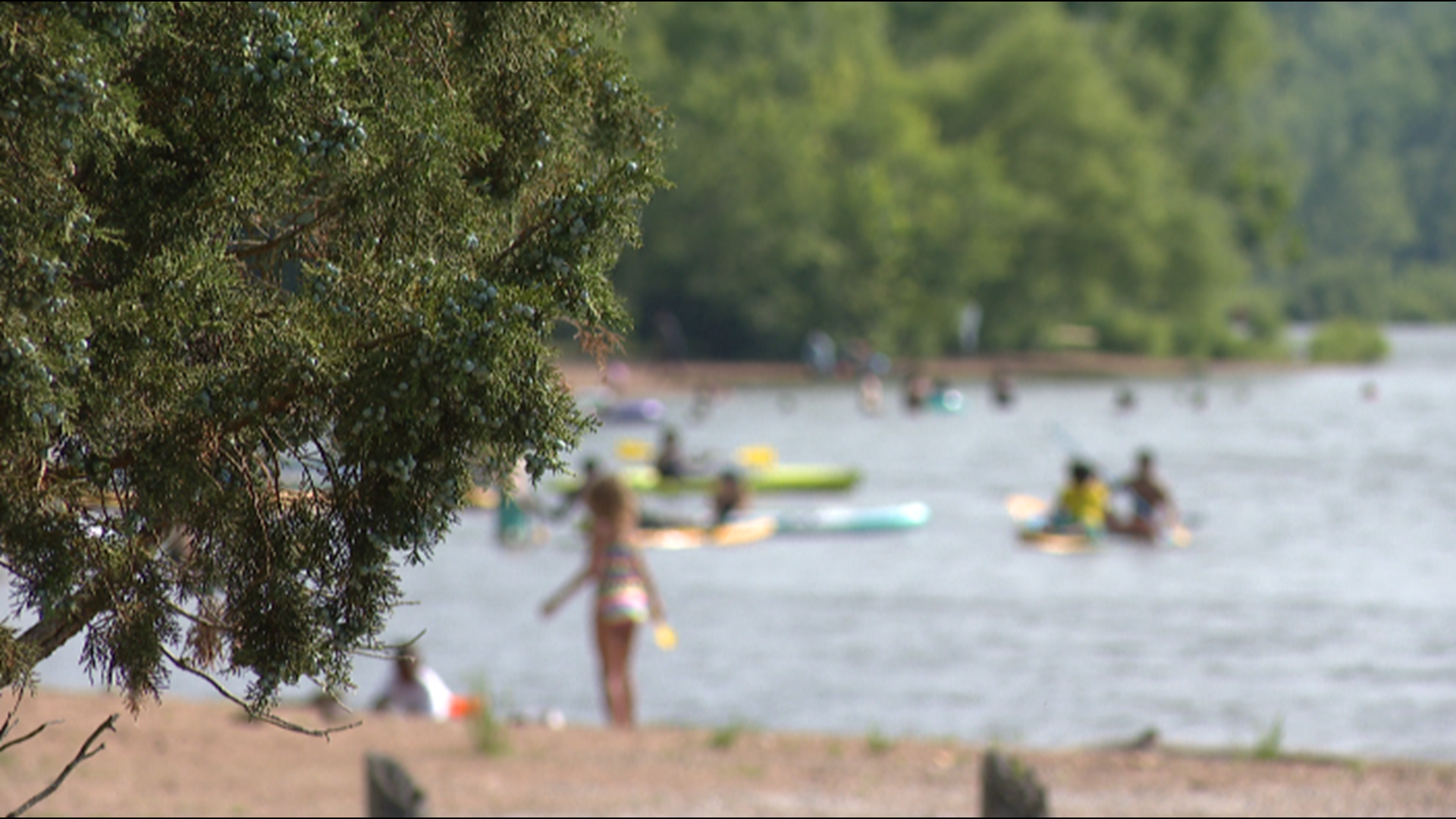 ST. LOUIS — The St. Louis area is on pace to have more drownings in 2021 than each of the last three years.

It's one of the reasons fire, police and emergency agencies from across Jefferson, Franklin and St. Louis counties got together Monday to hold a joint news conference. The 15 agencies had one common message.

"The rivers, the waterways, they look very inviting, but they're very dangerous beasts," said Scott Barthelmass with the Eureka Fire Protection District.

Missouri State Highway Patrol Corporal Juston Wheetley said so far this year, the St. Louis area's Troop C has responded to 11 drownings this year. By comparison, Troop C investigated 11 drownings in all of 2018. That number increased to 14 in 2019, and there were 12 drownings in 2020.

"We're on track to have a lot more. We don't want that," Wheetley said.

He said emergency responders across the area are noticing a lot of risky behavior on the water, with alcohol being a major contributing factor in fatal incidents. He also said people are overestimating their swimming abilities and not enough swimmers are wearing life jackets.

The body of a 25-year-old Granite City man was pulled from the Big River Saturday at Rockford Beach in Jefferson County, according to police. Authorities are ruling the death of Michael Lewis a drowning after he was last seen at the beach on Thursday.

Lewis' death marks the seventh drowning in the 5 On Your Side viewing area this month and it's the fourth drowning on the Big River since May. The victims range in age from 14 to 67 years old.

On June 16, MSHP released a video on Twitter about the dangers of swimming in rivers and streams. It advised people to wear a life jacket, don't overestimate your swimming ability and to swim in a group.

Don’t overestimate your swimming abilities when swimming in rivers. The river current is relentless and can cause you to tire quickly. Put safety first and always wear a life jacket. pic.twitter.com/3jqTgtcVLz

READ MORE: What you need to know to swim safely this summer