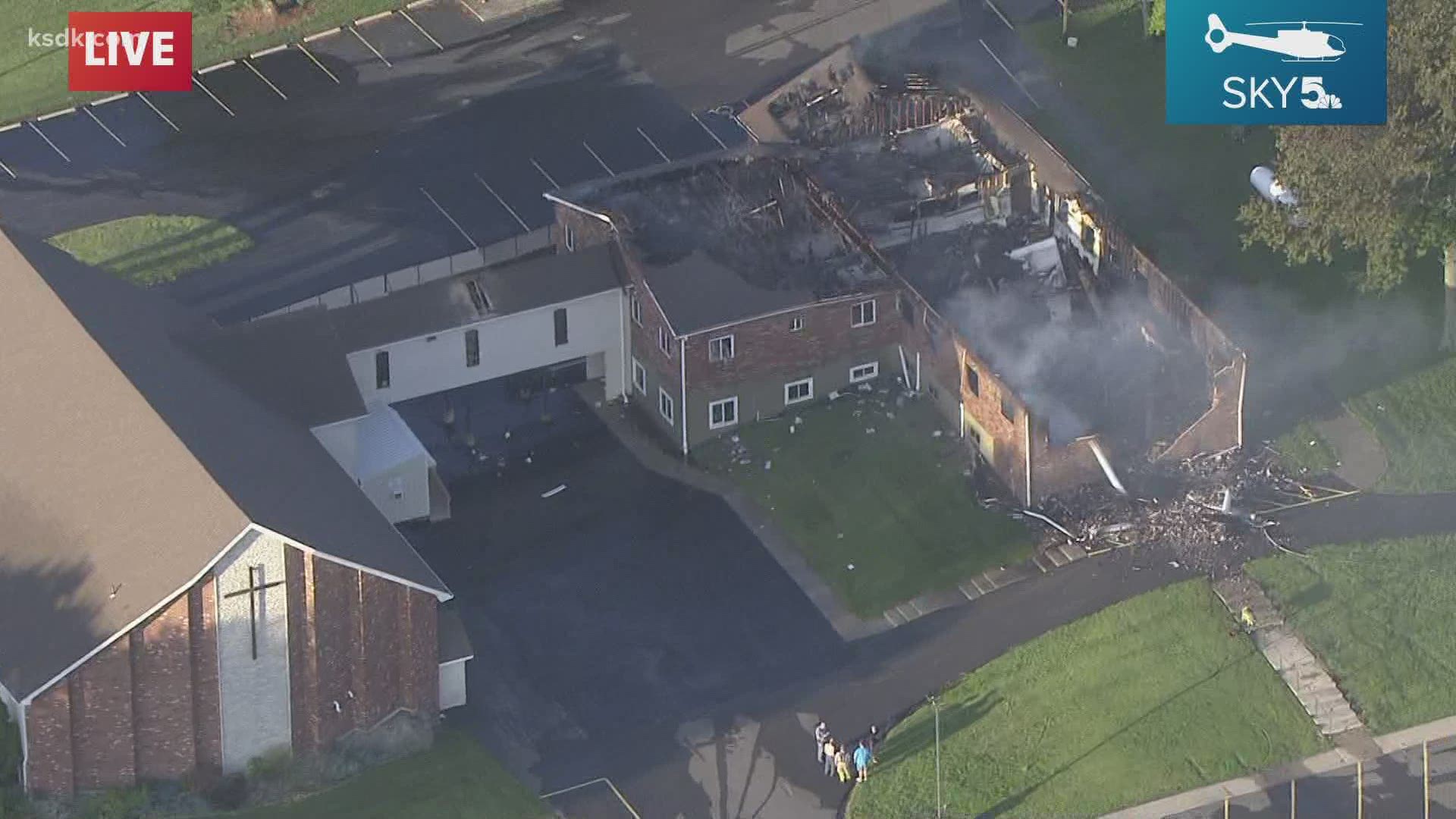 The Godfrey Fire Protection District shared photos of the fire on Facebook, showing large flames taking over the building.

The view from Sky5 Wednesday morning showed the fire had been knocked down, but the church was heavily damaged. The roof was almost entirely gone, part of a wall had collapsed and the inside of the church was charred and burned.

Smoke was still coming out of the building at around 7 a.m. Several fire trucks and crews remained at the scene putting out hot spots.

The Jersey County Sheriff's Office is asking for the public's help to find those who may be responsible. Anyone with information is asked to call 800-300-2590 or submit a tip at tworiverscrimestoppers.org.

The Q.E.M. Fire District is the lead agency working the fire. The Godfrey fire department was called in to help.