Driver killed after exiting I-70, colliding with SUV at end of ramp

2 women — passenger in Chevy Impala and driver of Ford Explorer — were listed in stable condition Saturday. 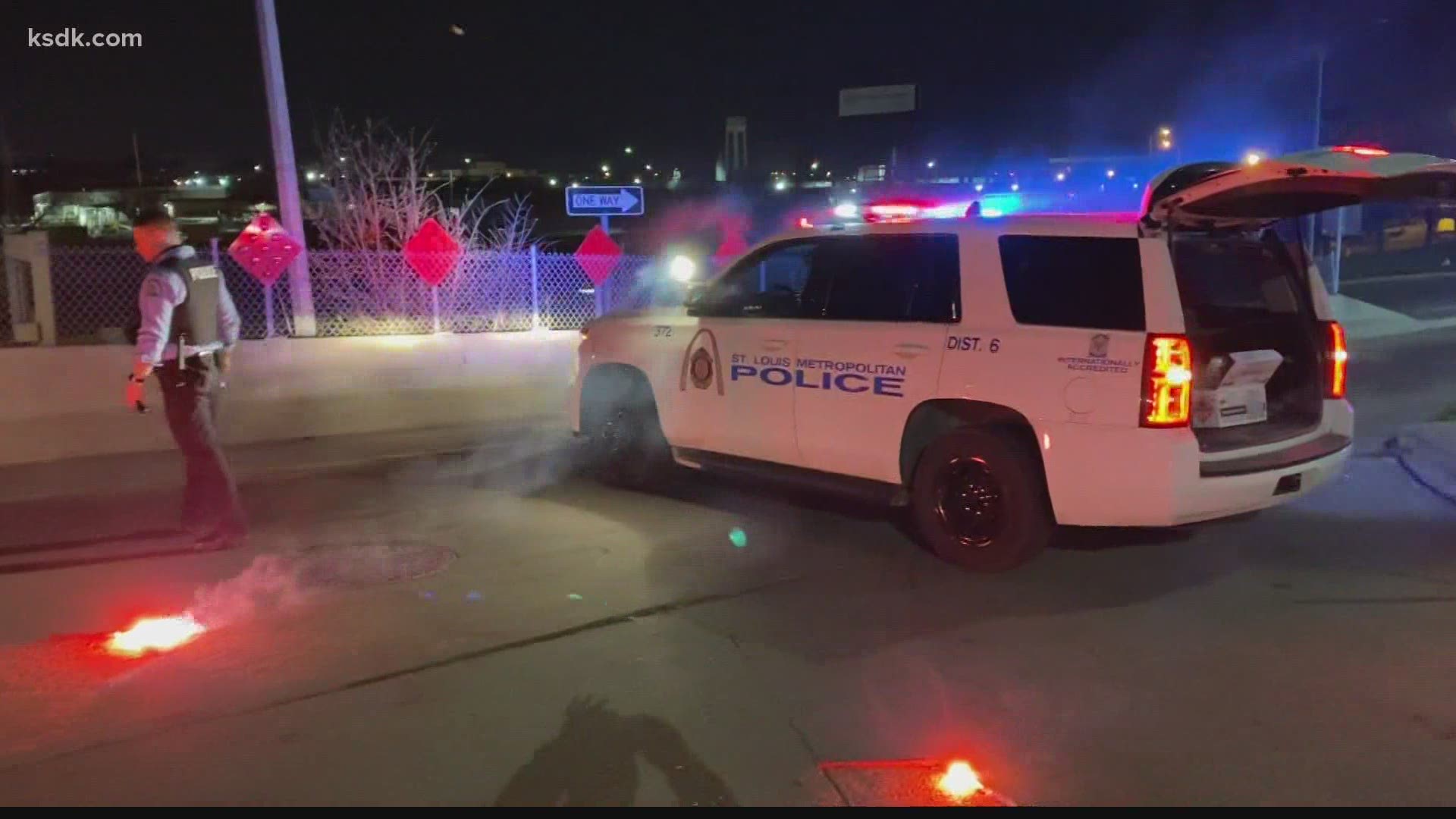 ST. LOUIS — A man was killed and two women hospitalized in stable condition after a two-vehicle accident at the Bircher Boulevard exit from Interstate 70 and Union Boulevard early Saturday.

The victim's identity was undetermined. He was the driver of a 2009 Chevrolet Impala that was exiting westbound I-70 around midnight.

A preliminary investigation shows that he was moving at high speed when he struck the second vehicle, a 2015 Ford Explorer, that was traveling north on Union.

At impact, the driver of the Impala was ejected and then the car caught fire. He was pronounced dead at the scene by EMS.

Accident reconstruction is handling the investigation.