Man dead after crash on Interstate 55 in St. Louis

The accident happened in the northbound lanes of I-55 and Potomac Street around 2:35 p.m. 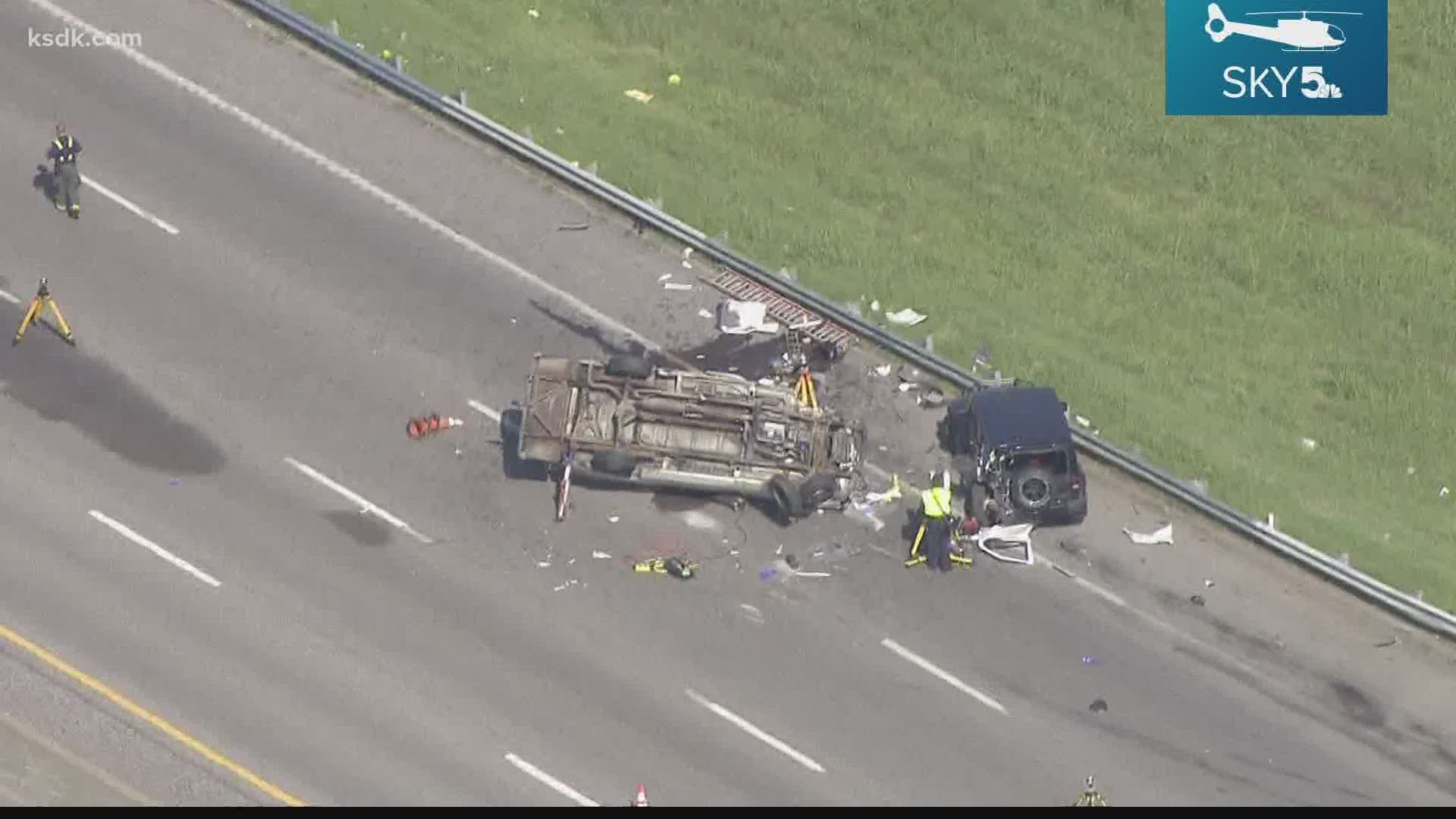 ST. LOUIS — One man is dead after an accident on a St. Louis interstate Thursday afternoon.

Officers from the St. Louis Metropolitan Police Department responded to the northbound lanes of I-55 and Potomac Street around 2:35 p.m. for a crash involving a van and SUV.

Investigators believe the driver of the van drove across the entrance ramp lane for Gasconade and hit a Jeep Wrangler, which was parked on the shoulder, according to a preliminary police report.

The van rolled over onto the driver's side. One of the men inside the vehicle was rushed to a nearby hospital where he was pronounced dead. Police said they do not know his identity at this time.

A second man who was inside the van ran away from the scene.

No one was inside the Jeep at the time of the crash.

The St. Louis police department's accident reconstruction team responded to the scene and is handling the ongoing investigation.

The wreck had the interstate backed up for about two miles and the closures latest for several hours as crews cleaned up.

No other information has been made available. This story will be updated as 5 On Your Side receives more information.