"I will be out there talking to people because I care and these people deserve a good quality of life," said Mayor Ella Jones 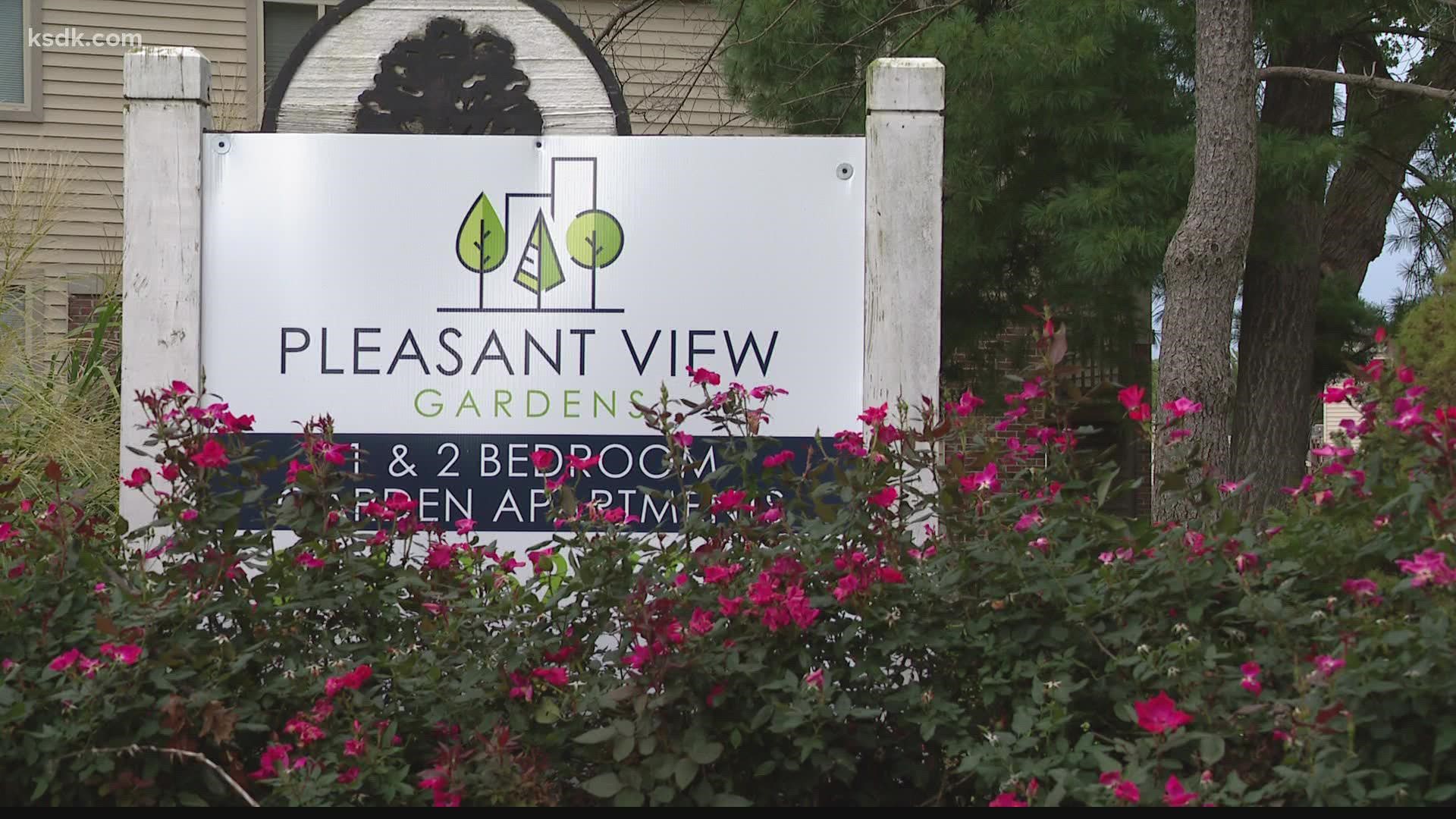 FERGUSON, Mo. — "Nobody needs to be out of their homes," said Ferguson Mayor Ella Jones.

Mayor Jones said immediately after she heard dozens of tenants at Pleasant View Gardens Apartments could face eviction, she knew she had to do something.

"We cannot to have anyone homeless and on the streets. We have to be willing to go where other people are unwilling to help solve these problems for people," said Mayor Jones.

They said they had paperwork showing proof of rent payments or rental assistance.

Tenants also said on Friday more than 80 of them received notices telling the to "pay outstanding balances within three days" or face evictions.

"I just think it's wrong. It's us getting mistreated as people," said LaTasha Brown, a tenant at the complex.

Brown tells 5 On Your Side complex managers sent her a notice even though she paid her rent.

"I do understand there are people out here who are facing eviction, but 80 people did show up Monday morning. They should not be facing eviction or even getting that letter because their rent is paid," she said.

"As of right now, what we know is there are at least 50 to 55 eviction notices that have been already submitted," said Councilwoman Fran Griffin, who represents Ferguson's 3rd Ward.

Mayor Jones pleaded to the community to step up and help prevent those families from potentially becoming homeless.

"We really want to lift that. We can help these people if it comes to that. It is a blessing and an honor to serve the community," said Jacki MacIntosh, the Director of Loaves and Fishes For St. Louis homeless shelter.

Meantime, on Wednesday Mayor Ella Jones plans to meet with tenants and managers at Pleasant VIew Gardens and discuss the eviction notices.

"I will be out there talking to people because I care," Jones said.

Tenants also say for months have complained about leaky ceilings, no air-conditioning and other problems, but to no avail.

Mayor Jones said she will also look into that.

5 On Your Side has reached out to the complex's owner for the past two days, but so far, no one has returned our phone calls.