Funeral vehicle with body inside stolen in St. Louis County 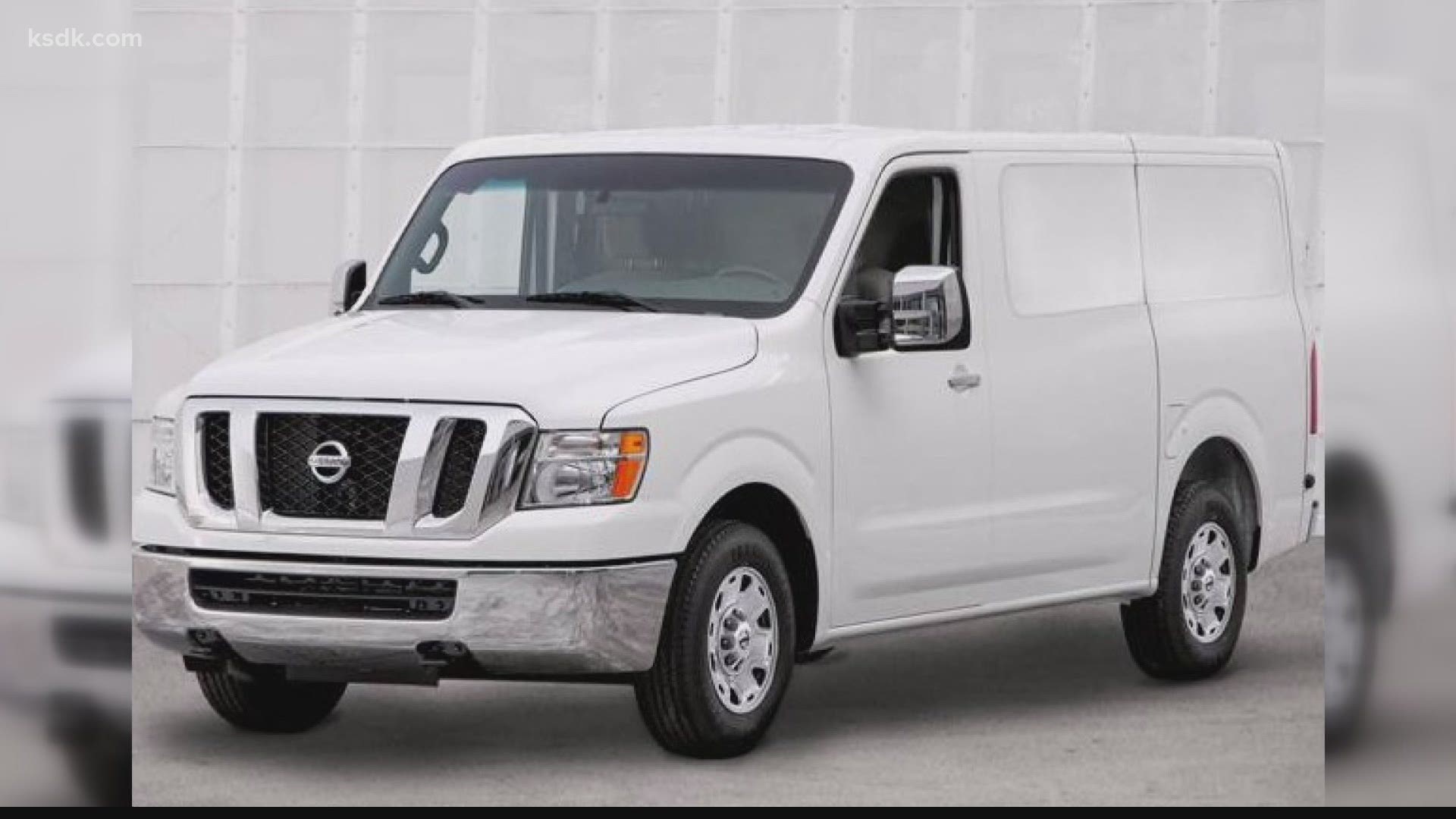 ST. LOUIS COUNTY, Mo. — St. Louis County police are searching for a vehicle that has funeral decals on it that was stolen Thursday morning in north county.

There was a body inside the vehicle at the time it was stolen, police said.

At around 10:26 a.m., police officers responded to the QuikTrip on Lusher Road for a report of a stolen vehicle. Police said the vehicle was left running and unattended in the parking lot when someone got inside and drove away.

The vehicle is a white, 2012 Nissan NV1500 van with Missouri license plates 5MDX73. The van has “William C Harris Funeral” decals on its side and green wreaths with the letter “H” inside of them on the back.

Police confirmed with 5 On Your Side that the body inside the vehicle was that of a woman.

Police released the below photos Thursday evening of persons of interest in the case. They believe the van could be in Godfrey, Illinois.

Funeral vehicle with body inside stolen in St. Louis County