Truck plows through semi’s trailer, splitting it in half on icy Illinois ramp

Three people were injured in the crash that involved two semi-trucks, an SUV and a car 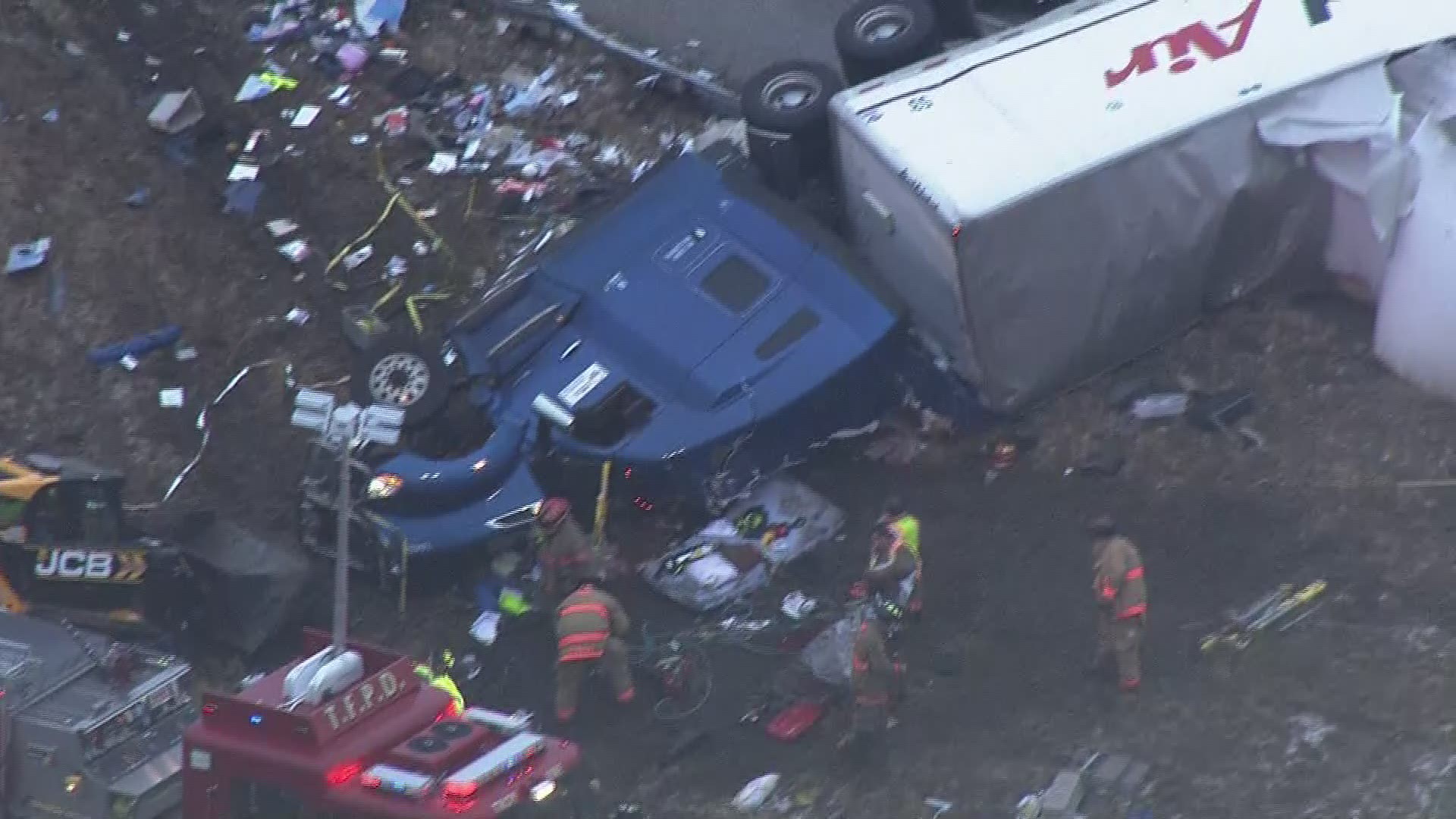 ST. LOUIS — Icy conditions likely led to a serious crash on an interstate ramp in the Metro East early Monday morning, according to Illinois State Police.

It happened at about 5:12 a.m. on the Interstate 70 westbound ramp to southbound Interstate 55.

A semi-truck jack-knifed on the ramp because of slick road conditions, ISP reported. The truck came to a stop with the trailer blocking the entire ramp. A second semi-truck then hit the first truck’s trailer.

The trailer split in the half and overturned, scattering debris all over the roadway and grassy areas of the interchange.

The view from Sky5 showed a path straight through the middle of the trailer and the second truck stopped just in front of the crash scene.

The second semi-truck also hit an SUV. A fourth vehicle slid off the ice-covered road on the ramp and hit a guardrail.

The driver of the first truck has serious injuries, ISP said. A medical helicopter arrived on the scene at about 7 a.m. as crews were working to safely get the driver out of the truck’s cab, which was still turned over on its side. A passenger in that truck was taken to a local hospital and is expected to survive.

Emergency crews were on the scene investigating and cleaning up the debris for several hours Monday morning. All lanes and ramps have reopened.