In the last five weeks, three separate shootings at or near the business have injured six people and killed a police officer 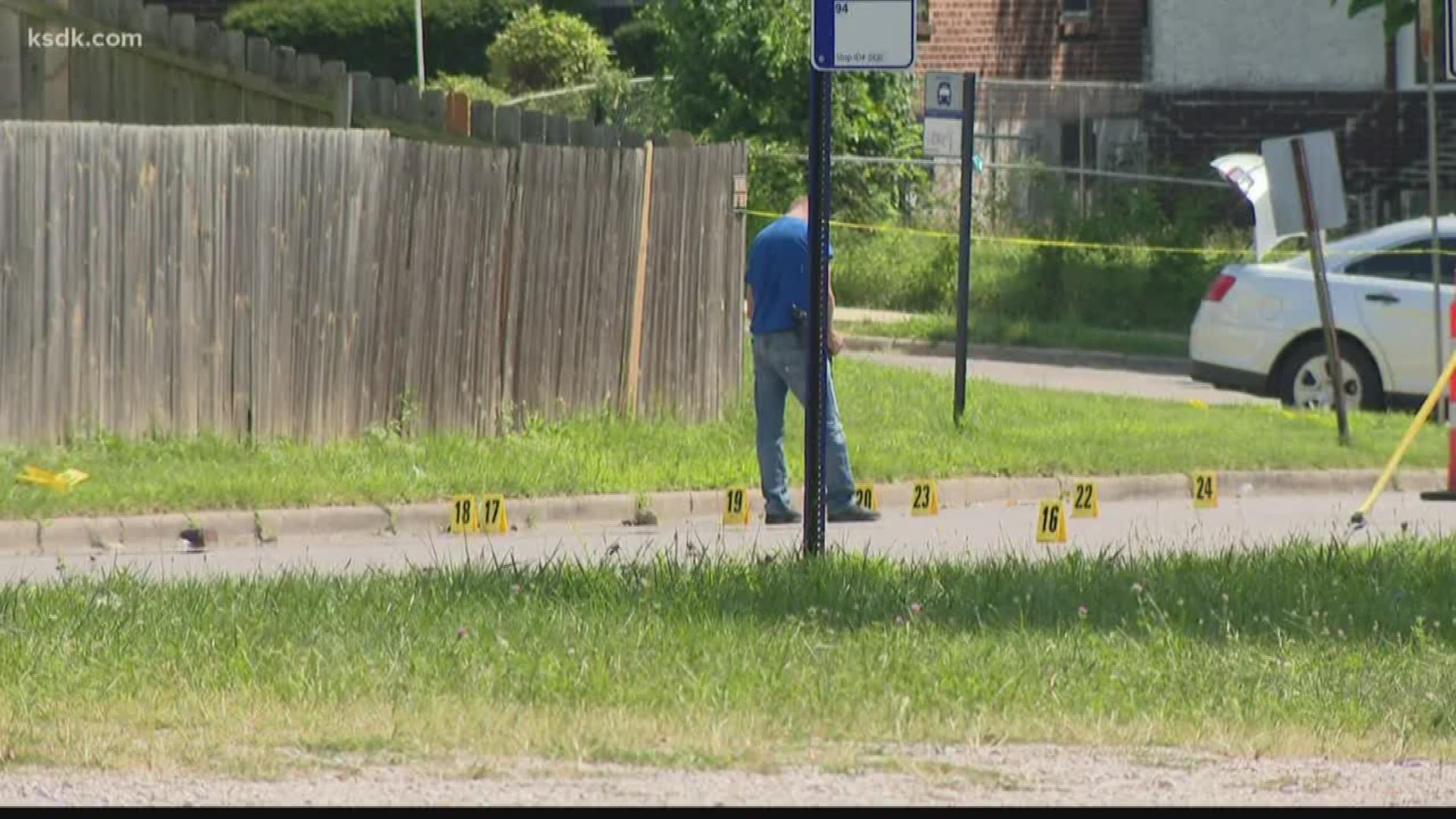 WELLSTON, Mo. — At 6250 Page Avenue in Wellston, you'll find one of the only reliable sources of food for people in the predominately black and low-income community.

But to area law enforcement, Clay's Wellston Food Market Restaurant is the source of something far more dangerous.

In just the last five weeks, it's been connected to three different shootings that have injured six people and killed a police officer.

Martin told 5 On Your Side the business these last several years has become a hot spot for crime and drugs.

"If you want to purchase narcotics, everyone knows you go up around Clay's," Martin said.

In fact, Martin said officers have received more than 1,200 calls for service to the location in the last year and a half.

"Disturbances, property damage, bad checks, shots heard, stolen vehicle, 911 hang up," Martin said as he read through a list of police logs from November 2017 to July 2019.

The offenses during that time, he said, range from quality of life crimes like panhandling and intoxicated subjects to violent felonies like shootings and fighting.

"If you pull up the Missouri criminal code, I can tell you every crime listed in there has probably happened at this location," Martin said.

On June 23, the problem hit close to home.

That's the day Martin's coworker and brother in blue, Officer Michael Langsdorf, was shot and killed in the line of duty.

He was responding to the market for a call about a bad check.

In the days and weeks following, there have been at least two additional shootings at or near the market. The latest one on Sunday injured two people in broad daylight with children playing nearby.

"We've known the crime has existed. We've done everything we can to deter the crime. Mike was the final straw. We have to get to the table now," Martin said.

Part of his reason for speaking up about the problem is because he says the crime is taking a toll on his department's ability to serve and protect.

Martin said the frequent calls are occupying a significant amount of limited resources of the co-op, which is contractually obligated to patrol a number of other communities, including Wellston.

"You've got close to 2,500 people who call Wellston home and let me tell you, 2,499 of those people are good people. I don't think it's fair to dedicate our resources to one location and take away from the 2,499 people who want good police service," Martin said.

Now, clearly frustrated by the violence, he said it's time for the owners and the city to act with the police department.

Martin said it might be time to revisit a curfew for the business or potentially stationing an armed, off-duty officer on the premises.

"We can't kill police officers in businesses. We can't have locations that breed constant crime," he said.

Martin emphasized his goal is not to shut the market down. He said the objective is to make it safer for all the law-abiding citizens and customers who depend on it every day.

"We make the arrests. We recover the drugs. We seize firearms. Our agency does it all. I guess it's like spinning your tires in the mud without making any traction. We need to figure out how to make that traction," he said.

As of this writing, the owners and their attorney have not provided an on the record comment for this story.

RELATED: 'Smoke City' looks at St. Louis one neighborhood at a time