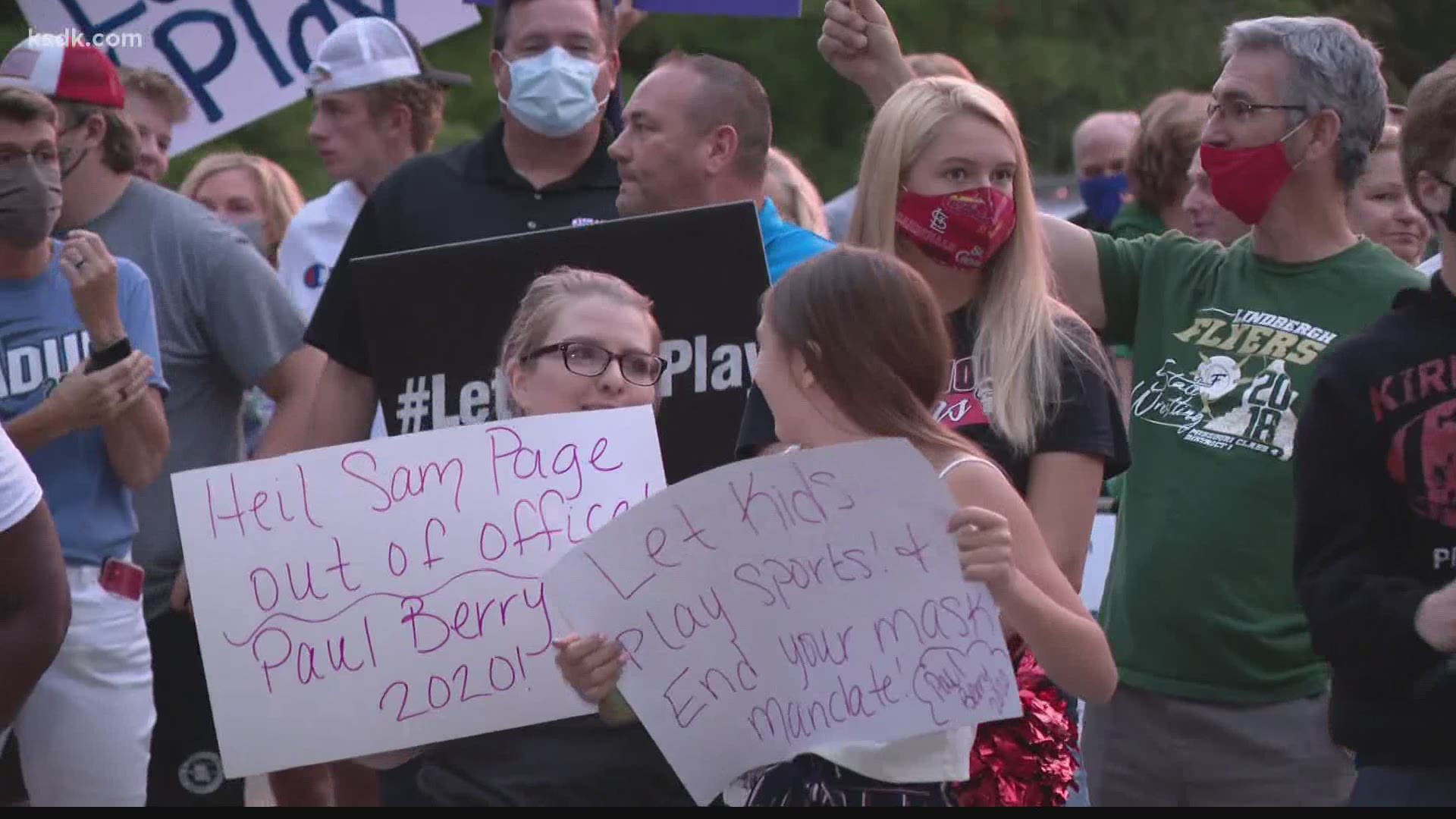 "I think it's ridiculous. I don't think there's any good science or reasoning behind it," parent Ben Deverger said.

In the crowd is Christian Cotton, a top-ranked sophomore quarterback at Trinity Catholic.

"I just feel like it's amazing that so many people want to see sports played," Cotton said. "Cross country is playing. We should all be able to play. I'd love to have the support of everybody out here wanting everybody to play."

The crowd stood at the corner of the county executive's Creve Coeur neighborhood, getting honks of support from passers-by.

"They are practicing their right to freedom of speech and assembly so it's a good lesson in democracy tonight," mom Kathy Gagnepain said.

Gagnepain came with her daughter, Sophia, a volleyball player -- and a couple of Sophia's friends – who all want to get back on the court.

"They've earned it. It is good for their mental health, for their physical health, and it's just good all around," Gagnepain said. “And when they see their friends – and the people they play with in club – playing on the other side of the river, they're thinking 'why not us.'"

As the sun sets on this protest, there is already another in the works. People are expected to protest noon Monday at the county offices in downtown Clayton.

Page did not attend the protest. He is expected to give his regularly scheduled coronavirus update Monday at 8:30 a.m. 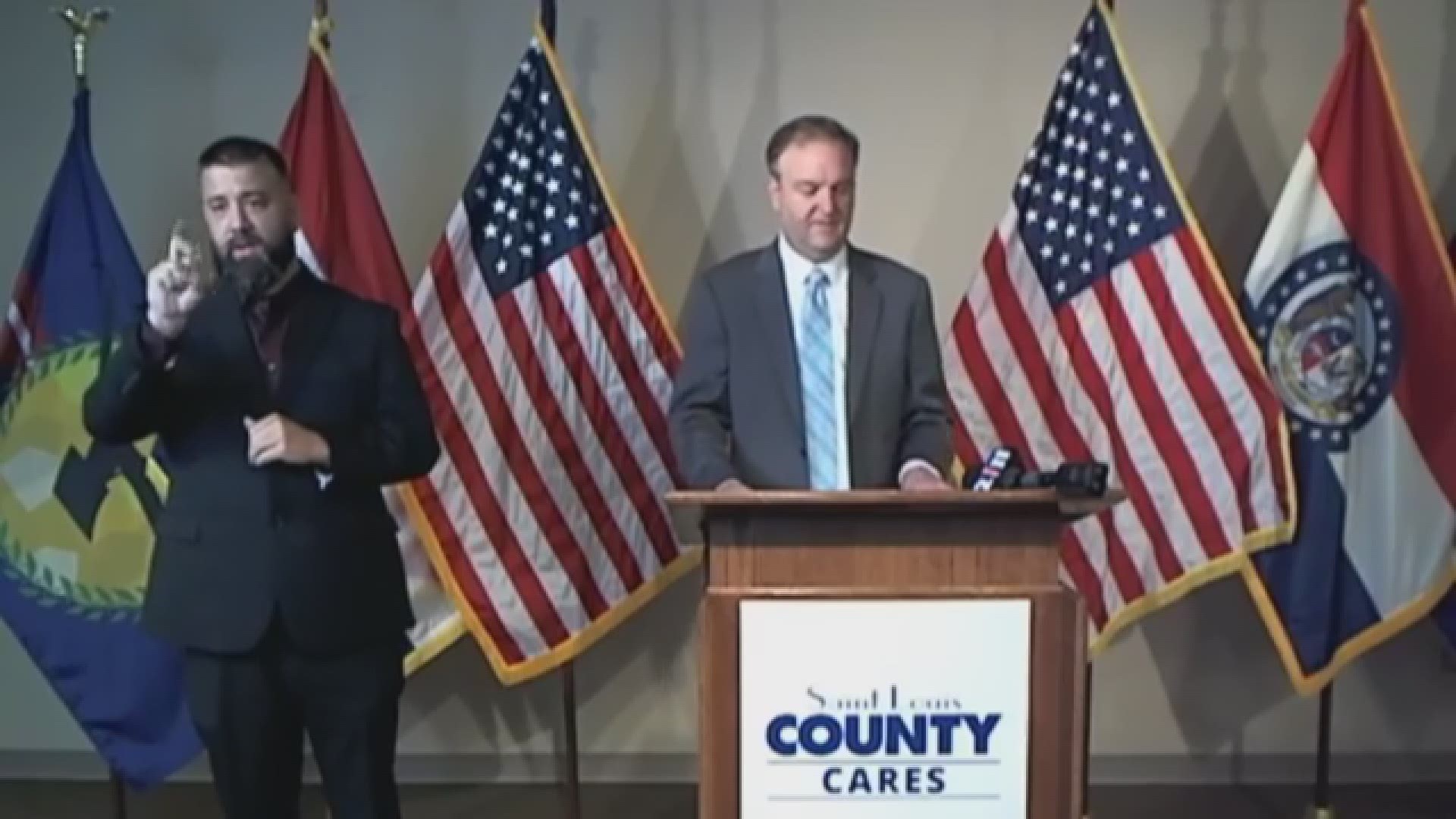