"We'll be here until we get the answers we want. This will get bigger and bigger until you expose what's going on," an organizer said 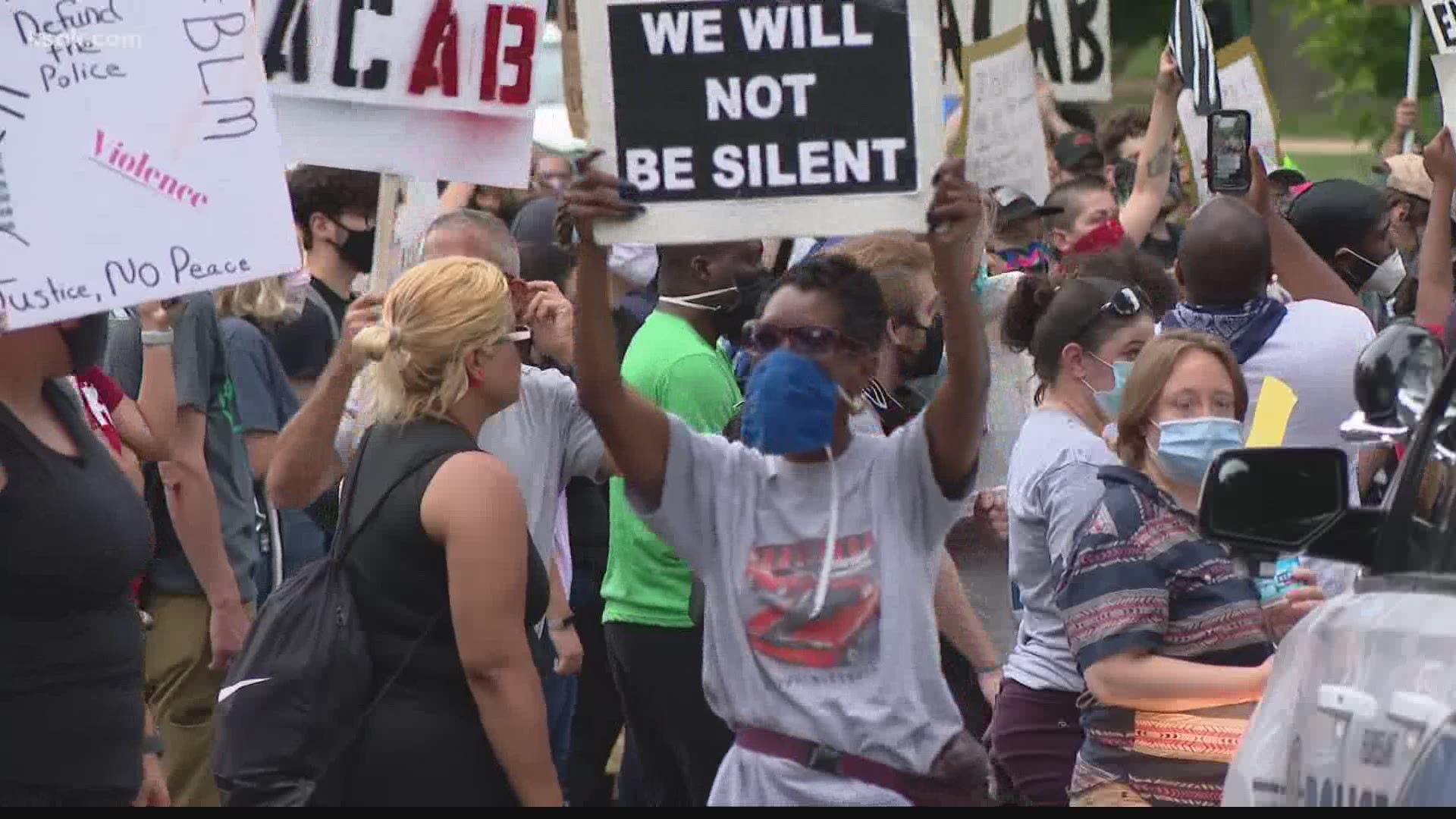 FLORISSANT, Mo. — For the second night in a row, protesters marched and demonstrated in Florissant following the now-viral video of an officer hitting a man who appeared to be running away.

Monday evening, protesters gathered on the street in front of the mayor's home as police guarded it. They then marched around the corner to the police department, demanding answers and change.

Peaceful protests in Florissant already happened last week following the police-involved death of George Floyd in Minneapolis. And then over the weekend, video surfaced from a Dellwood resident’s doorbell camera. It shows an unmarked Florissant police car striking a man who appears to be running away and then screaming as an officer gets on top of him to arrest him.

The video was first obtained and posted by Real STLNews Saturday and shows multiple officers at the scene around 11:30 p.m. on June 2 in the 9800 block of Eastdell Drive.

You can watch the video in the player below.

The detective driving the car has been suspended. There is no body cam footage, as detectives for the department do not wear body cameras.

The incident sparked protests Sunday night and again Monday. Organizers told 5 On Your Side they're prepared to continue demonstrating every night.

"We will continue to come here until the officer is fired," said organizer Henry Logan. "We need him charged, we need him arrested and we need him convicted."

They want to have a conversation with Florissant Mayor Tim Lowery and Police Chief Timothy Fagan.

"We'll be here until we get the answers we want," Logan said. "This will get bigger and bigger until you expose what's going on."

Sky5 was over the scene as protesters demanded answers in the parking lot of the police department.

Just before 10 p.m., 5 On Your Side's Justina Coronel — who was near the scene — said law enforcement officers told the crowd gathered at the gate to move or tear gas would be used. At least one National Guard vehicle was parked in the lot. 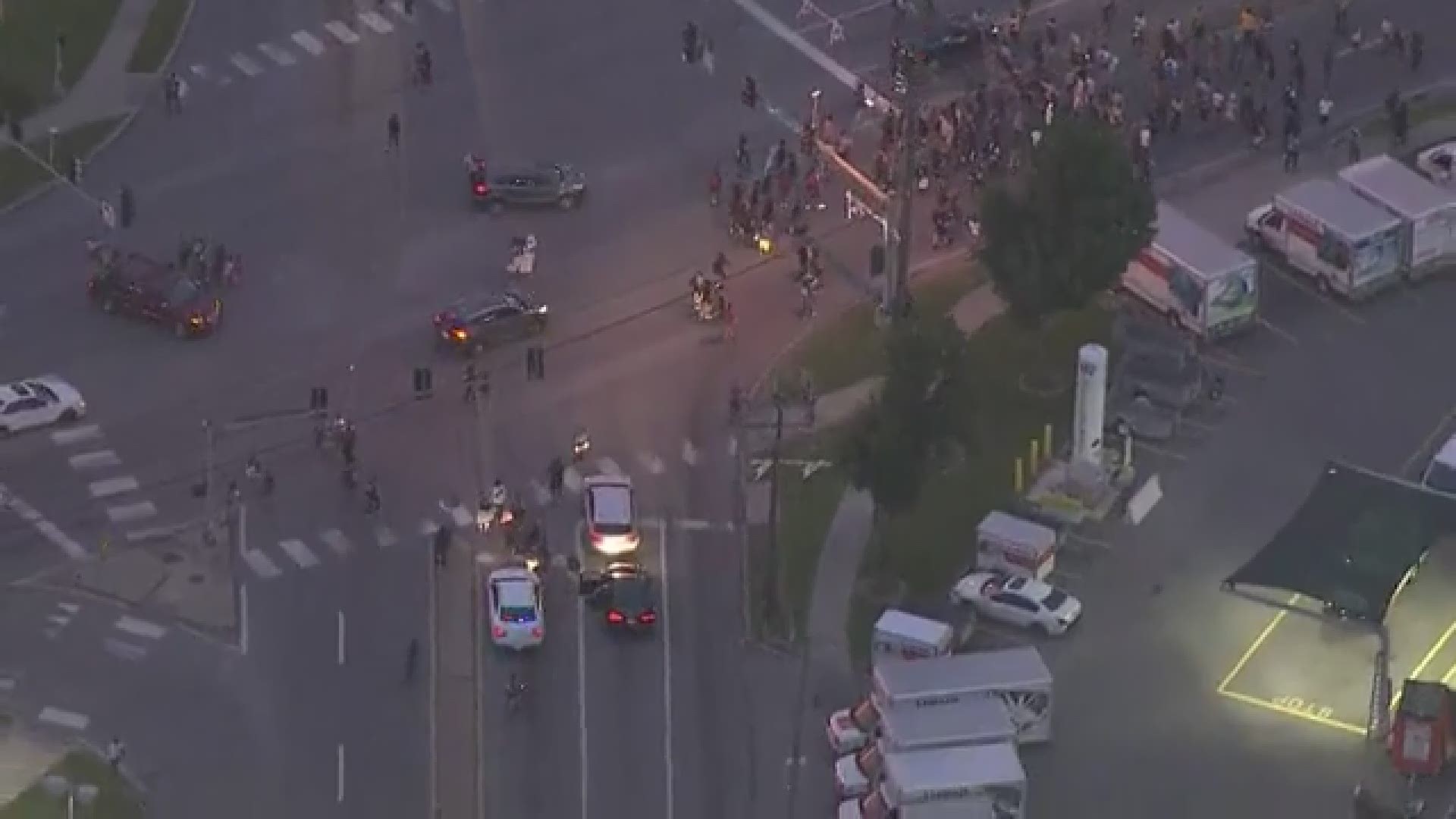 Earlier Monday evening, protesters were seen standing in the middle of large intersections near the police department, blocking traffic from getting through. Many of them got down on the ground for several minutes.

The incident involving the Florissant police officer is under investigation.

Lohmar also said there is another piece of video that investigators hope to get that shows another angle of the incident.

Also, investigators are still trying to reach the three men who were originally approached as suspects — including the man who was hit by the car.

"Their story is vital to the rest of this story," Lohmar said.

Lohmar is handling the case; St. Louis County Prosecuting Attorney Wesley Bell has recused himself due to a conflict of interest.