FLORISSANT, Mo. — A video from a Dellwood resident’s doorbell camera shows an unmarked Florissant police car striking a man who appears to be running away and then screaming as an officer gets on top of him to arrest him.

The video was first obtained and posted by Real STLNews Saturday and shows multiple officers at the scene around 11:30 on June 2 in the 9800 block of Eastdell Drive.

The view is partially obstructed by a car in a driveway, so it’s unclear which officer puts handcuffs on the man. The man can be seen falling to the ground and heard repeatedly screaming “I don’t have anything.”

A police helicopter spotlight also appears to be shining on the vehicle and chase.

In a news conference, Florissant police confirmed the detective driving the car has been suspended. There is no body cam footage, as detectives for the department do not wear body cameras.

Two other officers who were in the car have been placed on leave. 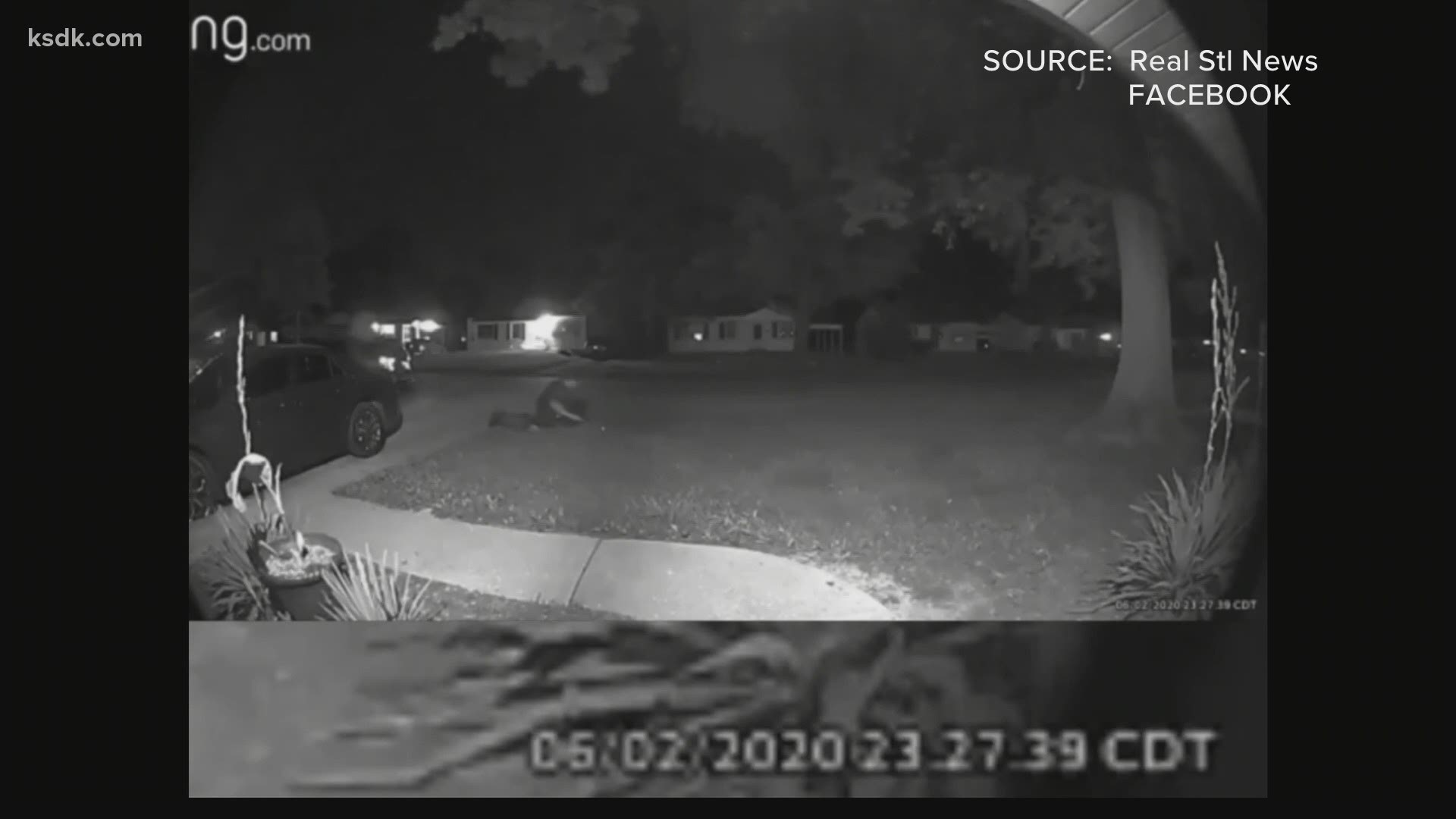 Florissant Police Chief Timothy Fagan said the pursuit began when the detective was monitoring a vehicle that matched a description of a vehicle the department had associated with a previous "shots fired" call.

A 20-year-old man was taken to the hospital with an ankle injury as a result of the incident. He was released.

Fagan said the officer involved has not had any incidents in the past that have been investigated by an outside police agency for any reason.

"We, along with the public deserve to know exactly what happened," Fagan said.

You can watch the Florissant Police Department's entire Saturday night press conference in the player below.

5 On Your Side has also learned an officer riding as a backseat passenger in the Florissant police car that struck the man is the son of Tim Swope, who is St. Louis County Prosecuting Attorney Wesley Bell’s spokesman.

Bell issued a statement saying that he is recusing himself from the investigation and has asked St. Charles County Prosecutor Tim Lohmar to handle the case because of a conflict of interest.

“Upon learning of the existence of the video, we immediately began making investigative inquiries. We quickly learned that our office had a conflict of interest: a close relative of a staffer in our office was at the scene of the incident.

"The case was then assigned to St. Charles County Prosecuting Attorney Tim Lohmar to act as a special prosecutor, as is our standard practice in conflict cases.

"We advised Florissant Chief Fagan to refer this matter to St. Louis County Police Department as well as the FBI for an independent investigation, which he informs us that he has already done," St. Louis County Prosecutor Wesley Bell said.

“I’ve seen the video. What I've seen is shocking, however we’ve not received the report yet. Until I see the full report I can’t draw any conclusions," Lohmar said.

The St. Louis County Police Department said it is investigating the incident, along with the FBI.

Sunday morning, the Missouri National Guard was called to the Florissant Police Department as a precaution in case there is unrest as a result of the video.

1 / 6
UPI
Missouri National guardsmen stand guard at the entrance to the Florissant Police Department in Florissant, Missouri on June 7, 2020. The guard has been called in to protect the property after a video was released that shows a police SUV knocking a man to the ground. The 31-year-old driver , a nine year veteran of the department, has been suspended. The man who appeared to be running from police, was not seriously hurt. Photo by Bill Greenblatt/UPI 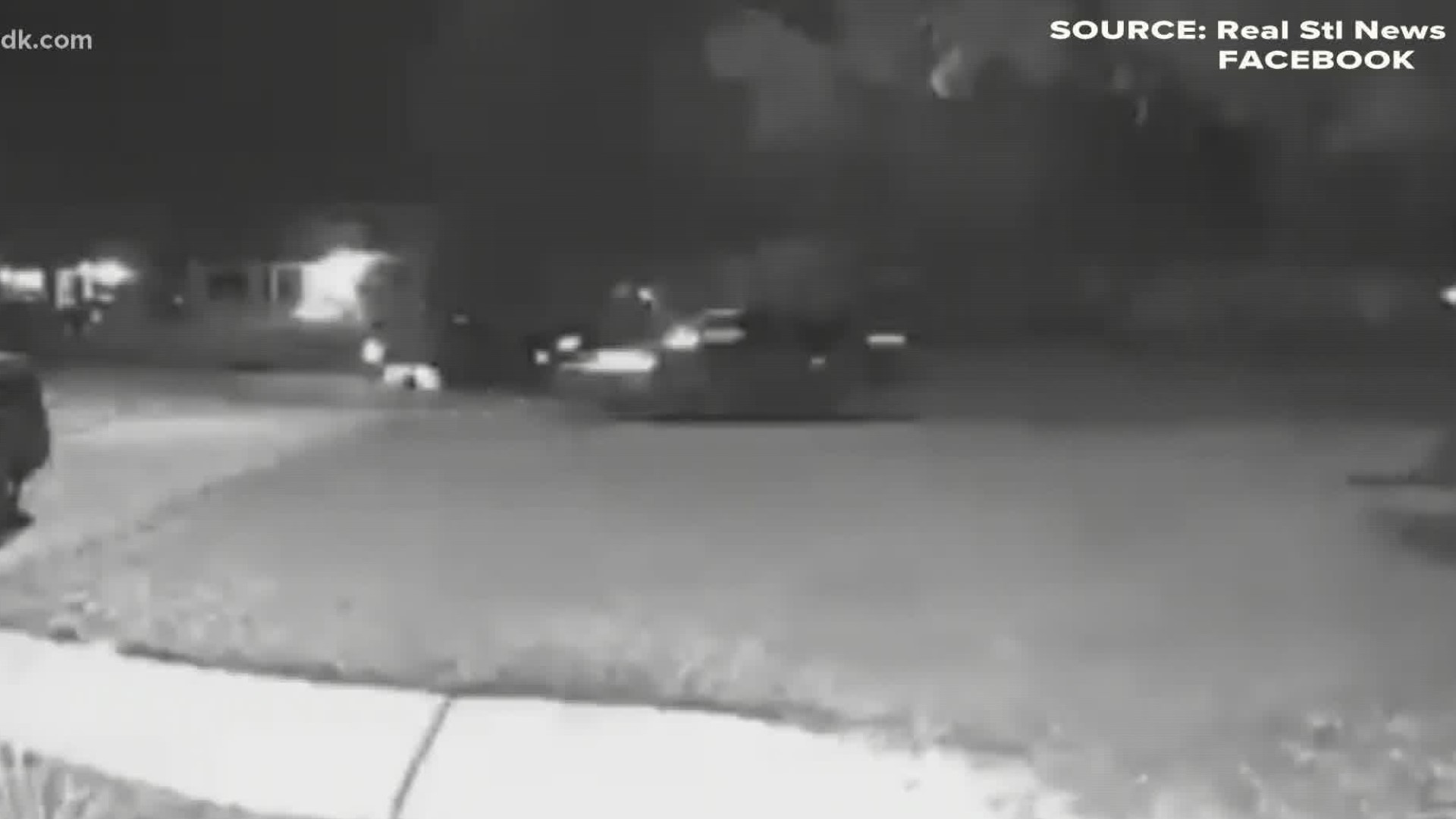 RELATED: Woman shot after yelling at looters in St. Louis

RELATED: ‘There’s a lot of hurt, a lot of emotion… also a lot of unity’ | A look back on this week in the St. Louis area