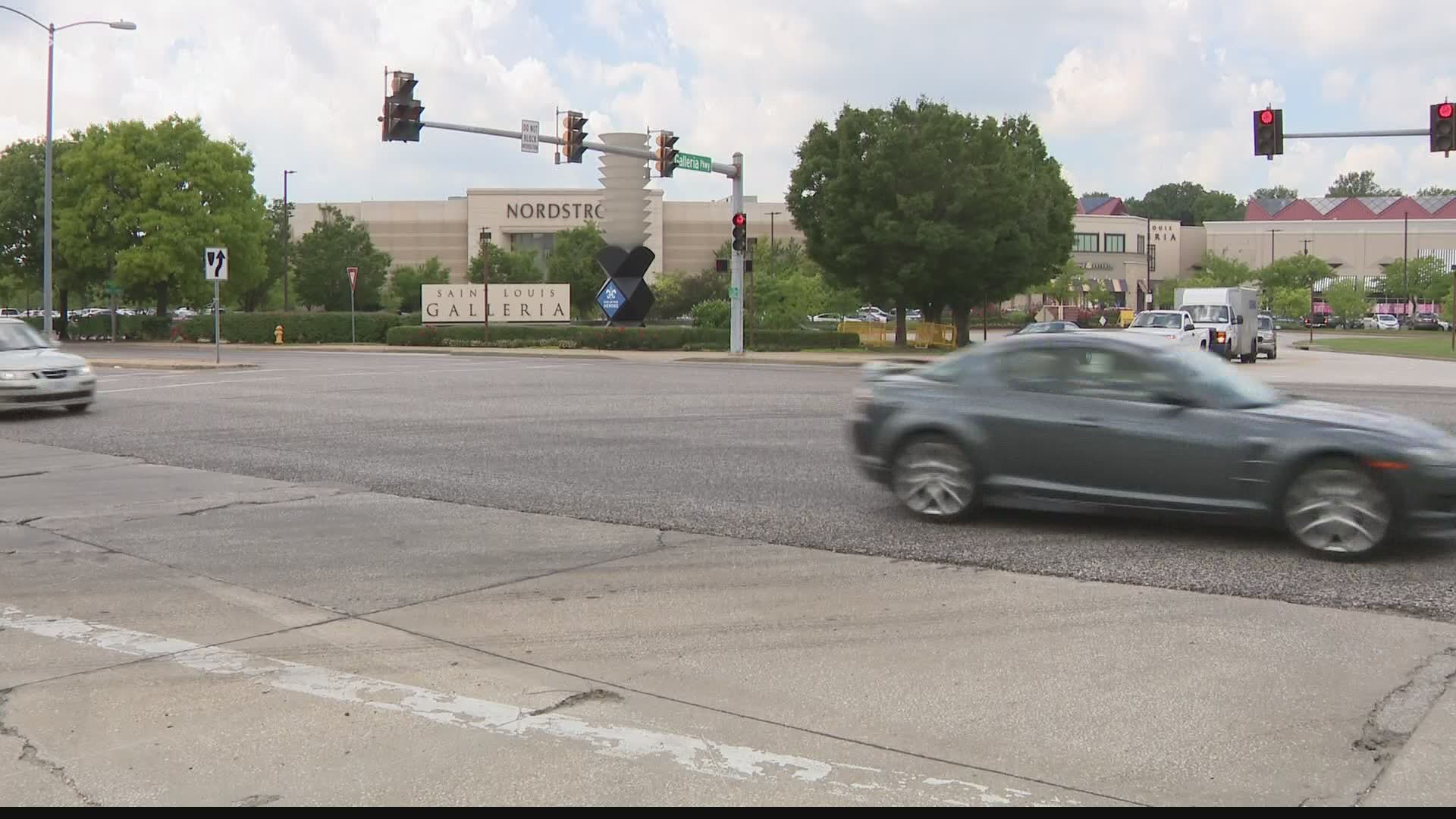 Firearms and illegal weapons are not allowed on mall property. The mall is private property.

“It has always been VWK9’s mission to utilize our innovative techniques and patented training protocols to provide canine detection capabilities that address the increasing threats across our nation. The addition of firearms detection capability to our Vapor Wake canines allows us to serve the public and assist in making our nation a safer place. It is an honor to support our local community and to provide our canines in support of Saint Louis Galleria ownership, management, tenants and patrons,” Paul Hammond, President of VWK9 said.

In July, there was a deadly shooting at the mall.

Over the last several months, there have been multiple incidents at the mall involving guns.

“For over three decades, Saint Louis Galleria has been a market staple for shopping, dining and spending time with family and friends. We welcome millions of guests a year and provide for thousands of retail associate jobs within the shopping center. We strive to maintain a safe, peaceful and inclusive environment and require our guests to follow our posted Code of Conduct. Firearms are prohibited within Saint Louis Galleria. The launch of the VWK9 program allows trained security professionals to identify anyone not in compliance,” Tami Ivy, senior general manager of Saint Louis Galleria said.

According to a release from the mall, it has a comprehensive security program that is both visible and behind the scenes.

“The safety of all visitors and employees of Saint Louis Galleria is important to the Richmond Heights Police Department. We support this innovative detection approach and will continue supporting Saint Louis Galleria’s safety needs to ensure a safe, family-friendly shopping environment,” Chief of Police at the Richmond Heights Police Department, Colonel Gerry Rohr said.

On Aug. 31, 2019, a foot chase that started in the mall ended in the deadly shooting of 23-year-old Terry Tillman.

According to police, a guard at the mall was notified that Tillman was “potentially armed” and that guard told a Richmond Heights police officer. The officer tried to contact Tillman and that’s when he ran. The foot pursuit ended at Simmons Bank and that’s when an officer shot Tillman. In November 2019, the St. Louis County Prosecuting Attorney’s Office said it planned to release more information in the “very near future,” since then no new information has been made available.