The driver and bus monitors tried to stop the parent from boarding, but he pulled out a gun and broke out the bus' door window, the principal said
Author: Kelsi Anderson (KSDK)
Published: 5:21 AM CST February 13, 2020

BERKELEY, Mo. — A parent was arrested after boarding a school bus with a gun during a fight Wednesday morning, police said.

Christian Goodson was charged with seven counts of child endangerment, two counts of unlawful use of a weapon, second-degree property damage and fourth-degree assault.

The bus was carrying students from the Johnson-Wabash 6th Grade Center, a school in the Ferguson-Florissant School District. Goodson was the father of two of the students on the bus, according to court records.

Principal Tangie Francwar described the situation in a letter to parents Wednesday.

On Wednesday, the school's Bus No. 541 stopped at Fay and Canyon drives in Berkeley while a fight was happening at the bus stop. According to the charging documents, the fight involved one of Goodson's children. Students boarded the bus, and Goodson tried to follow after them, Francwar said.

The driver and bus monitors tried to stop him from boarding and even closed the door, but he pulled out a gun and broke out the bus' door window. According to the charging documents, the gun was a loaded pistol.

"When he did that, I was just trying to remove her from the situation, because I only have one child to live for," said parent Lisa Bishop.

He and other adults then boarded the bus, threatening the driver and students. Goodson pointed the pistol at the driver, two monitors and seven middle school students and stated "you got what you wanted," according to the charging documents. The students then ran to the back of the bus in fear of being shot, police said.

"I didn't understand why he had to get in the middle of kid drama," said one of the students on the bus Brianna Bishop.

Francwar said Goodson encouraged the students to fight and then ran away after 37 seconds. Police said Goodson left the bus with his two children.

The bus driver radioed for help and the Berkeley Police Department and district administrators came to the scene.

Our driver did a really good job of handling the situation and the monitor took care of the students and moved them to the back of the bus," said Ferguson-Florissant School District Spokesperson Kevin Hampton.

Goodson was later identified and taken into custody. The school district is cooperating with Berkeley police while an investigation is underway.

Francwar said support is being provided to students and staff affected by the incident.

The full message sent to parents is below:

All of our students are safe; however, I need to inform you about an incident involving Bus 541 this morning. In addition to the driver, two monitors were on board the bus this morning. As the bus approached the stop at Fay and Canyon, a fight was in progress. Students boarded the bus. A parent attempted to board the bus, but was denied access by the driver and monitors until he displayed a gun and broke the window in the door. The parent and other adults then boarded the bus and threatened the driver and students. One of the monitors directed students to the back of the bus away from the parent.

The parent encouraged students to fight, and after 37 seconds fled the bus.

The driver then immediately radioed for assistance. Berkeley police and FFSD administration responded to the scene. The suspect has been positively identified and is in custody at this time.

An additional bus was dispatched to transport students to school.

District administration including the Student Services department are at Johnson-Wabash to provide support to students and staff affected by this incident.

FFSD is cooperating fully with Berkeley police in their investigation. Those involved will likely face criminal charges, and students who do not meet the expectations listed in the Student Expectation Code will face consequences from the District.

Your child’s safety is our first priority. Please take a moment to talk with your child about making good choices and the dangerous consequences of making bad choices. Also, please remind your child to report any unsafe situation or rumors to a trusted adult or through our online reporting tool, www.psstworld.com. You can find a link on our district app, school website or directly on the PsstWorld website. As part of our comprehensive safety and security plan we are committed to clear communication between home and school. We will keep you informed of any incidents that occur at school. Please contact me if you have further questions. 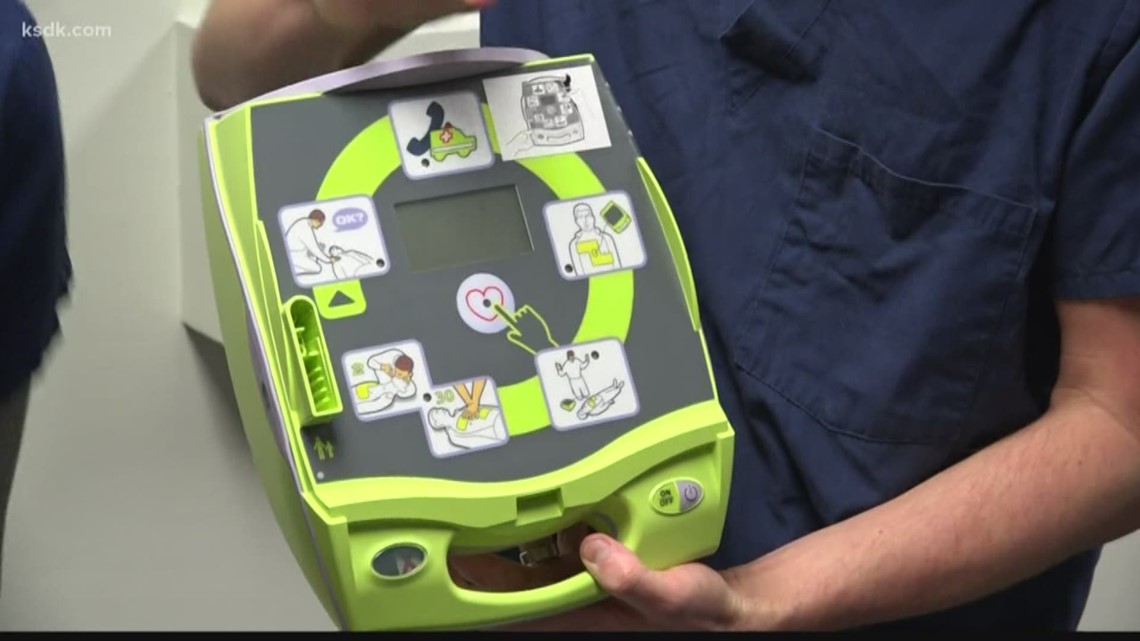 Would you know how to use an automatic defibrillator if you had to?
ST. LOUIS - After Blues player Jay Bouwmeester suffered what the team called a "cardiac event" during Tuesday's game, 5 On Your Side asked the Rapid Response Team at Saint Louis University Hospital to explain how Automatic External Defibrillators (AEDs) work.