Jonathan Irons was convicted in 1998 of an O’Fallon home invasion. WNBA star Maya Moore has been advocating for his release 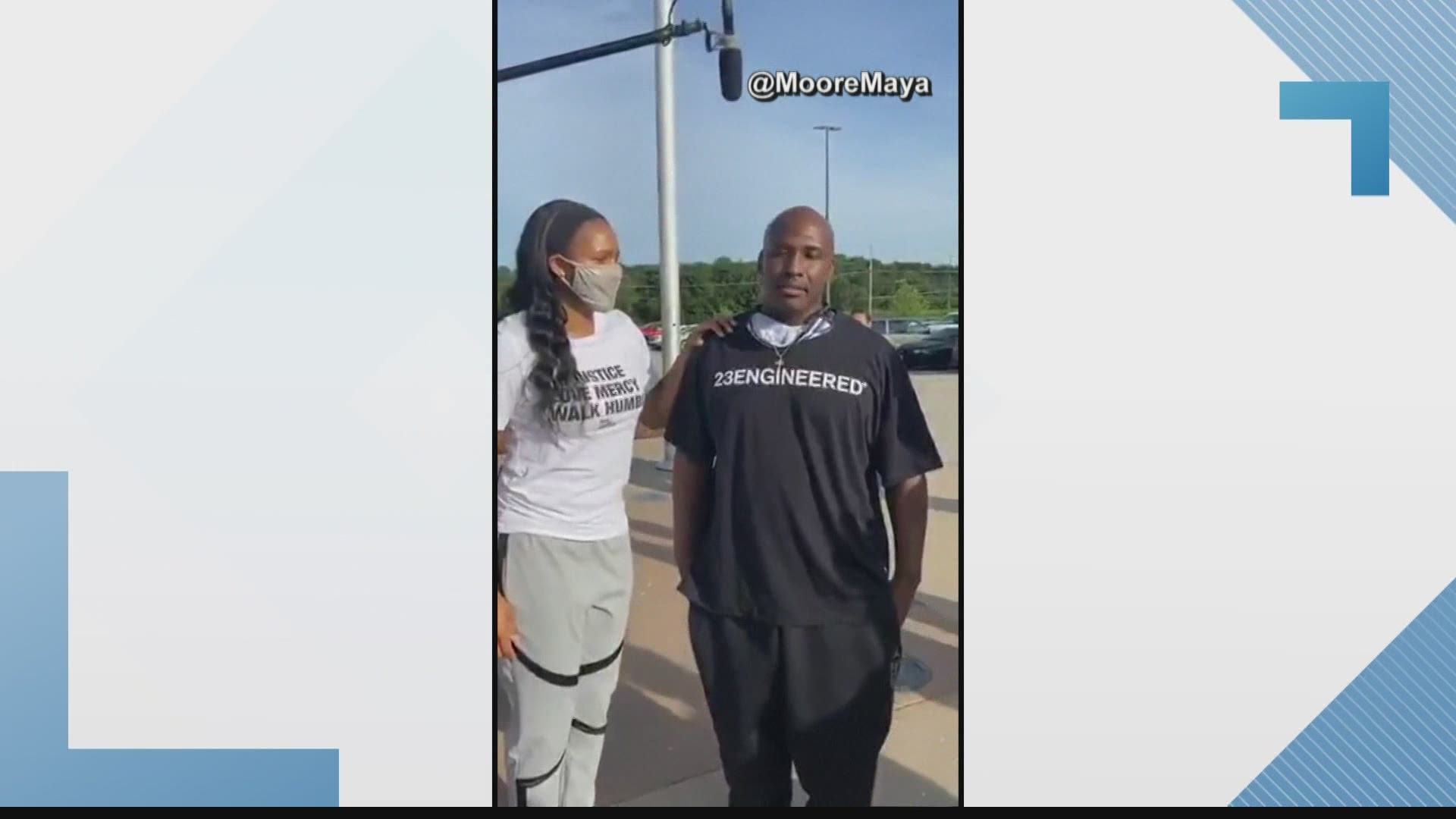 ST. CHARLES COUNTY, Mo. — An alleged confession from a 16-year-old boy that no one other than one detective heard.

A fingerprint report that could have helped the defense argue another person could have committed the crime.

The effects of a victim’s traumatic brain injury and the problems with eyewitness testimony.

No proof the gun was used in the crime or by the teen accused of committing it.

All were reasons why St. Charles County Prosecutor Tim Lohmar said he elected not to retry Jonathan Irons, who was convicted in 1998 of an O’Fallon home invasion. The victim was shot once in the head and once in the shoulder.

At the time, Irons was 16. He was convicted at age 18 and sentenced to 50 years in prison.

His plight to become a free man started gaining national attention after WNBA star Maya Moore began advocating for Irons. The two met because her family participated in a prison ministry in the late 2000s. In 2019, she stunned the sports world by announcing she was taking a break from basketball to spend time on Irons’ case. 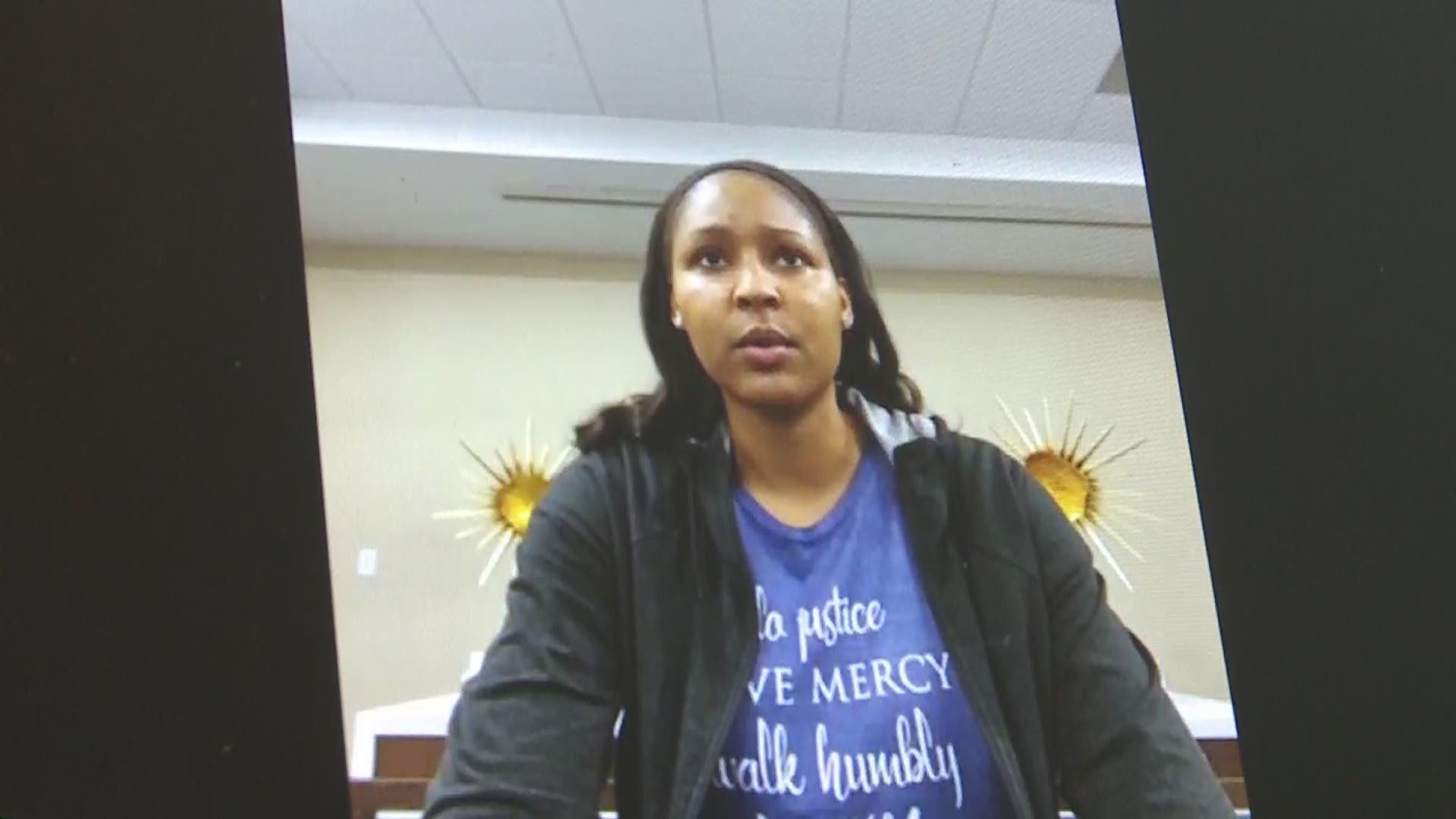 On Wednesday, she watched him walk out of the Jefferson City Correctional facility a free man.

On Thursday, Lohmar outlined his reasons for not retrying Irons, now 40, during a press conference. He called the evidence in the case "questionable and weak," but stopped short of saying he believes Irons is innocent.

"We made it a point not to make a determination as to his guilt or innocence," he said. "Our objective is whether or not we can retry the case.

"We don't know whether he's innocent or guilty, but we do know we don't have enough evidence to prove that."

The case landed in his lap after a failed attempt by Missouri Attorney General Eric Schmitt to appeal a Cole County judge’s March decision to vacate Irons’ sentence.

Now that the decision will stand, it means his criminal record has been wiped clean of his conviction.

In an 11-page opinion, Lohmar blasted the work of the O’Fallon Police Department in the case, saying, in part, “the evidence in this case does not measure up to the standards expected by this office.”

“The state is unable to conclude that Mr. Irons is in fact innocent of this serious crime,” Lohmar wrote. “However, that is not the standard of proof in the American criminal justice system.

“It is not enough that the police have compelling reasons to suspect Mr. Irons. This prosecutor’s office is unwilling, after 22 years, to retry a defendant based on the unrecorded and unwitnessed alleged confession made by a 16-year-old suspect … This case should serve as an example to police of how not to conduct an interview of a suspect.” 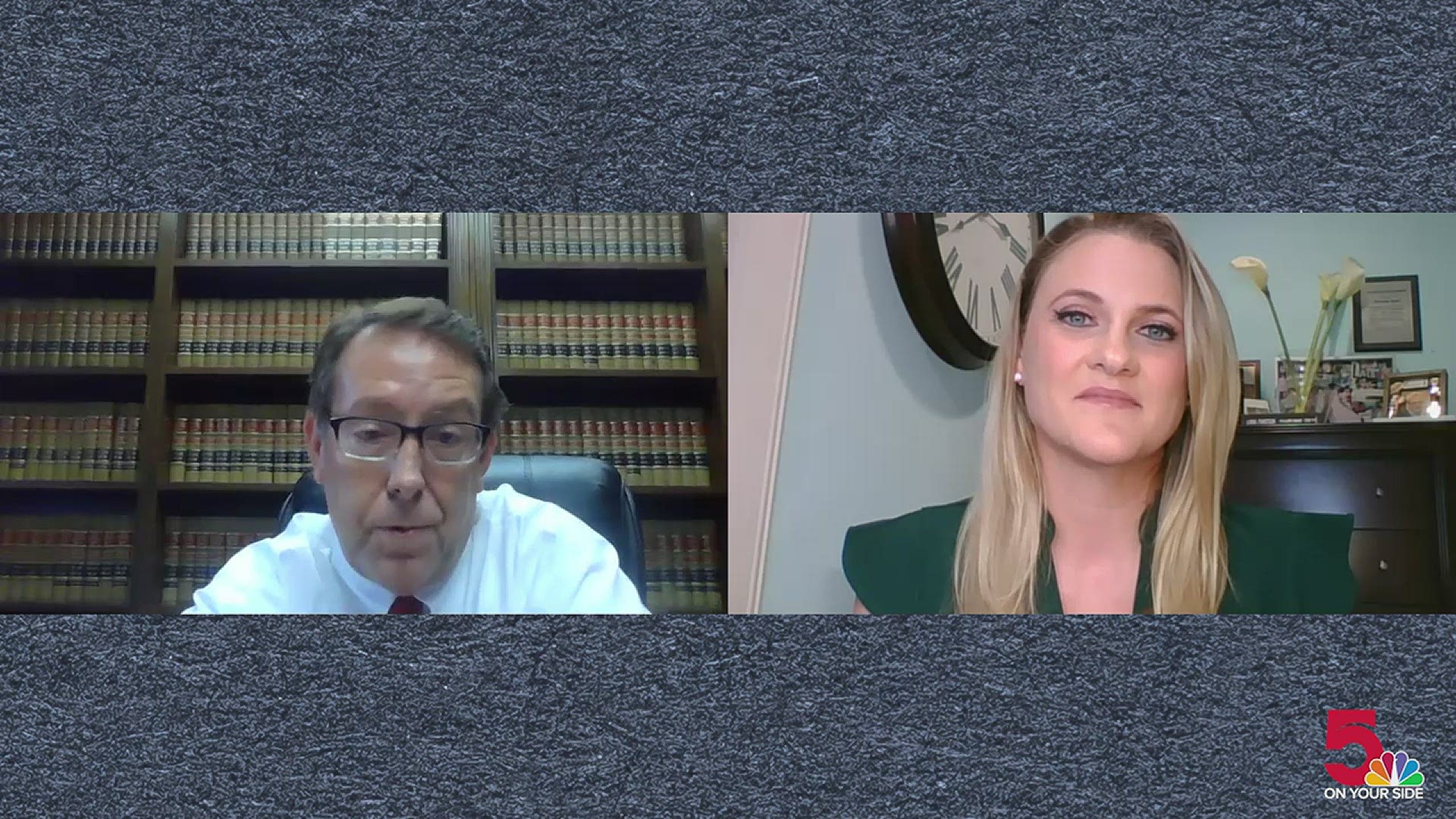 The O'Fallon Police Department released a statement Thursday, confirming that it won't be reopening the case because there is no additional evidence leading to any other suspects and potential witnesses are deceased.

The department also stated that it "respects" Lohmar's decision to forgo a retrial, but added: "We respect the jury’s initial conclusion based on all the facts, circumstantial and otherwise, we feel the jury made an appropriate decision."

Three fingerprints were recovered from the interior of the storm door of the victim’s house. Two were useable and one wasn’t.

“At first glance, this fingerprint evidence may appear to be the most relevant evidence,” Lohmar wrote in his opinion.

Authorities gave a report showing Iron’s prints did not match the useable prints to Irons’ defense attorneys, but O’Fallon police did not turn over a second report showing one print belonged to the victim and the other was from an unknown person.

“Defense counsel testified that she never received that report, nor could it be located in her trial file 20 plus years after the fact,” Lohmar wrote. “This information could have been helpful to the defense in arguing that someone other than Irons committed the offense.”

In his opinion, Lohmar characterizes the fingerprint reports as “imprecise and confusing.”

He also notes that, at trial, the detective told the jury both prints matched the victim.

“This response left the inaccurate impression that both identifiable prints belonged to the victim,” Lohmar wrote. “While we find no evidence any reports were intentionally withheld, or that the detective was anything other than imprecise with his words, that does not alleviate the state of its obligation to ensure that this potentially exculpatory information was disclosed to the defense.”

Lohmar learned of the second fingerprint report in 2014 and agreed to test the unknown fingerprint for DNA, but it was unsuccessful.

The unknown fingerprint also failed to match any in a database.

“The effect of this evidence is quite minimal,” Lohmar wrote.

Lohmar also noted that the absence of evidence is not evidence.

“It is extremely common for no fingerprint to be left at a crime scene,” he wrote. “Fingerprints are a chance impression ... The fingerprint reports are of no use to the prosecutor’s office in determining whether or not to retry Mr. Irons.”

Lohmar called former O’Fallon Detective Michael Hanlen’s interview of Irons the “most important and compelling evidence in this case.”

Hanlen testified that Irons confessed to breaking into the victim’s house that day, but could not recall the shooting. A second detective said Irons told him he put the .25 caliber gun in a Dumpster after the shooting.

“Had any of these conversations been witnessed by a second detective or recorded in any way, it would have been extremely compelling evidence,” Lohmar wrote. “Inexplicably, each detective that spoke with the defendant, (who at the time was only 16 years old) chose to have no witnesses present and also chose not to make an audio or video recording of the interview.”

The detectives also claimed they read Irons his Miranda warning, but did not get a signed waiver from him.

A second detective is still alive, but said he did not give Irons his Miranda rights before interviewing him, because he believed Hanlen did. But he never saw Hanlen do so.

“The procedures followed to interview Mr. Irons represents a case study in how not to conduct a police interview,” Lohmar wrote.

The use of Hanlen’s testimony would also likely be struck down because of “recent allegations of misconduct.”

“Apart from whether or not the trial court would allow this testimony, there is an ethical issue this office must address: Would it be just to use this evidence? At this point in time, our office does not have sufficient confidence in the accuracy of Det. Hanlen’s previous transcribed testimony that it would be willing to offer it as evidence to convict a man of a very serious crime.”

Three witnesses who interacted with Irons before and after the shooting testified during the 1998 trial.

“Clearly these witnesses put the defendant near the scene before or after the shooting,” Lohmar wrote. “The fact that two of these witnesses stated the 16-year-old defendant was also carrying a handgun and one of them specified that it was a .25 caliber handgun, is, at the very least, highly suspicious.”

An additional witness not called upon during the trial told police he drove Irons from St. Charles County to Lincoln County and that while they were driving, Irons told the man that he had shot a man twice. Once in the hand and once in the head.

The witness now lives in Illinois and refused to cooperate. So his statement to police is hearsay and not admissible in court, Lohmar wrote.

“In reviewing the testimony of these witnesses together with their unsworn statements, there is certainly reason to suspect Mr. Irons,” Lohmar wrote. “However, without sworn testimony subject to cross-examination, that is not sufficient for a conviction.”

The St. Charles County Police Department’s crime lab tested more than 21 swabs taken from a variety of items connected to the crime, including the .25 caliber semi-automatic pistol, .25 caliber shell casings found at the scene, the screen frame of the basement window where the attacker broke in, fragments of broken glass from the window and the plastic grocery bag found outside the basement window.

But investigators could not get any DNA profiles from the evidence.

Two .25 caliber shell casings were found at the scene and compared to a .25 caliber handgun an unknown informant turned over to police.

“It is worth noting that no eyewitness or forensic evidence actually connects Mr. Irons to that handgun,” Lohmar wrote.

Likewise, no evidence links that gun to the shooting in question.

And the gun leaves different impressions on every cartridge when it’s fired, so any test comparing the spent shell casings to that gun would be inconclusive, Lohmar wrote.

“This office does not doubt the sincerity of this identification,” Lohmar wrote. “However, the circumstances of that identification, which was made during a brief period of time while the suspect was hiding in the closet, coupled with the severe brain trauma Mr. Stotler suffered by being shot in the head cannot be ignored. Nor can recent studies concerning the problems with eyewitness identification.”

More on this case