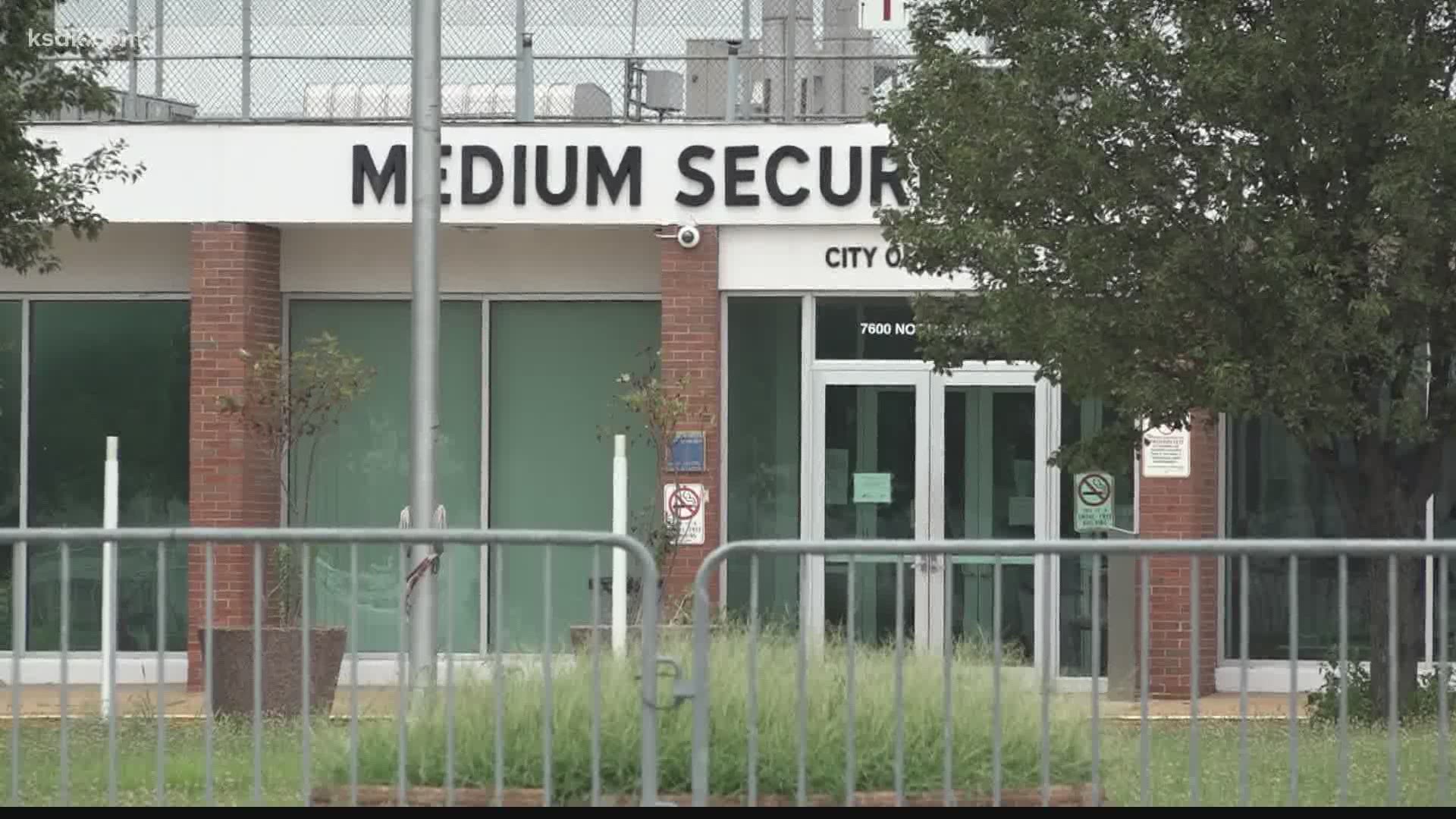 ST. LOUIS — July 1 is the date St. Louis Mayor Tishaura Jones said the city’s Medium Security Institution, often called The Workhouse, would close due to inhumane conditions for inmates there.

Jones updated the public Thursday afternoon via a Zoom web conference on the status of the closure, and the consolidation efforts of the city’s downtown facility, known as the City Justice Center, or CJC.

She said the closure of the Workhouse is just one portion of her plan to "re-imagine public safety in the City of St. Louis," and it also includes investing in violence prevention and neighborhood stabilization programs to reduce the need for people to be incarcerated in the first place.

"To be clear, there is still more work to be done on this issue," she said.

Jones did not answer questions from reporters about the facility, but Director of Public Safety Dan Isom said the consolidation is complete and there are no inmates remaining at the MSI.

He said the city has about $7 million to spend on repairs to make to their new home, the CJC, after it was the site of two riots earlier this year that included attacking guards, setting fires and breaking windows.

Isom said the locks on the cell doors there are still not completely repaired, but he said the Division of Corrections has adopted new protocols.

Closing The Workhouse was among Jones’ campaign promises, and it has been controversial, with some questioning whether it needed to happen at all.

Board of Alderman President Lewis Reed told 5 On Your Side that he, along with other aldermen, have toured the facility and did not observe the same inhumane conditions Jones and others have described.

"It was not as advertised," Reed said.

Watch Jones' full briefing in the YouTube video below:

RELATED: Mayor Jones touts fulfilled campaign promise to close 'The Workhouse,' but some detainees may still be housed there

The City spent about $7 million to upgrade the Medium Security Institution in the last five years.

ArchCity Defenders has a $10 million lawsuit pending against the city alleging inhumane conditions there, and Jones allowed members of the firm to tour the facility along with Congresswoman Cori Bush and Circuit Attorney Kim Gardner earlier this year.

Reed said he doesn't understand why people with ties to ArchCity Defenders were allowed to tour the facility.

Reporters have not been allowed inside the facility.

Workers inside the CJC said they believe the inmates are not rioting even though they can still breach their cells because most of their privileges, such as family visits and recreation time, have been restored due to loosening COVID-19 protocols, according to a source who works for the city’s Department of Corrections but did not want to be identified out of fear of losing their job.

In a letter dated June 9, Carpenters Union leaders who represent corrections workers told city leaders, "Persistent and alarming failures at the downtown City Justice Center, combined with the ongoing transfer of MSI inmates to a building not prepared to house them, is creating an unsafe environment ... The June 30 deadline for closing MSI is unnecessary and unwise without a satisfactory alternative in place. We implore you to consider the potential risk."

Isom said Thursday repairs at the CJC are "ongoing," and said the facility is fully staffed. He then said the city is about 20 corrections officers short and is still using private security guards to monitor the entrance to the facility.

Before the consolidation of the two facilities began, the city housed about 200 federal inmates. Another group was expected to be shipped to other facilities Thursday, leaving only about a dozen federal inmates in St. Louis, according to documents obtained by the I-Team.

Defense attorneys tell the I-Team they now have clients being held at facilities in outstate Missouri as well as in other states.

"The people that they've moved, they've done absolutely zero favors for and the people that they moved are in a worse situation," Reed said. "When you go in the Workhouse, they have a full commercial kitchen where where the detainees can learn to be chefs, and all this other stuff ... all that stuff is different when you're at CJC. It's a lockup facility, plain and simple, nothing more."

Isom said city officials are trying to find ways to help federal inmates who have been sent to other facilities stay in touch with their legal counsel and families, but he didn't offer specifics on how that is being done.

"We're working to identify where they are all going to help their families with this transition," Isom said.

The federal government paid the city about $7 to $8 million a year to house the inmates.

Comptroller Darlene Green has said the city has already found money to plug any holes the loss of the federal revenue might have on the city's budget.